Mercedes-Benz V-Class Gets An Exterior-Only Facelift From TopCar

mercedestuning
The tuner will work with other companies to create a bonkers interior worthy of ultra-luxurious travelers.

The Mercedes-Benz V-Class is forbidden fruit in the United States, but if it were here it would remind us of a time when big conversion vans were awesome and everywhere. As it stands, the V-Class is a veritable blank canvas for upfitters and tuners around the world, with versions ranging from utilitarian work machines to ultra-luxurious road yachts with aggressive horsepower and crazy amounts of bling.

What makes this particular V-Class interpretation from TopCar Design – a package it calls Inferno – so intriguing is that it completely ignores the interior space. Instead, TopCar created a purely exterior upgrade that, according to the company, goes beyond simple overlays and bolt-on bits. Considering the V-Class is known for its interior accommodations while still pretty much looking like a van on the outside, choosing to offer only a body kit is certainly a bold move.

It all starts with 3D scanning of the V-Class, combined with a bunch of other technical steps that TopCar uses to create all-new front and rear bumpers. A number of new parts fill out the fresh front fascia, including a grille, a central spoiler, a front lip, and LED lights. The front clip also gets "aerodynamic lining on the left and right" though we confess to not really understanding just what that means. We do understand the full carbon fiber hood that's also in effect up front, matching up with the other components which are also made from carbon fiber.

More carbon fiber exists on the rear of the van which gets a big diffuser in its new rear fascia, with a subtle roof spoiler up top. Carbon exhaust tips flank the diffuser, with side skirts and fender extensions both front and rear completing TopCar’s exterior upgrade, save for a set of wheels the company will order from other vendors and install.

As for the inside, TopCar is quick to mention that, though the company is hands-off on such things, it will work with “partners” to create something properly extravagant for passengers to enjoy. That’s good, because honestly, we can’t imagine anyone investing in a suave exterior dress-up for a passenger van without doing at least something inside. If the photos TopCar provided are any indication, it would seem the company indeed has some good partners to create a properly over-the-top V-Class conversion. 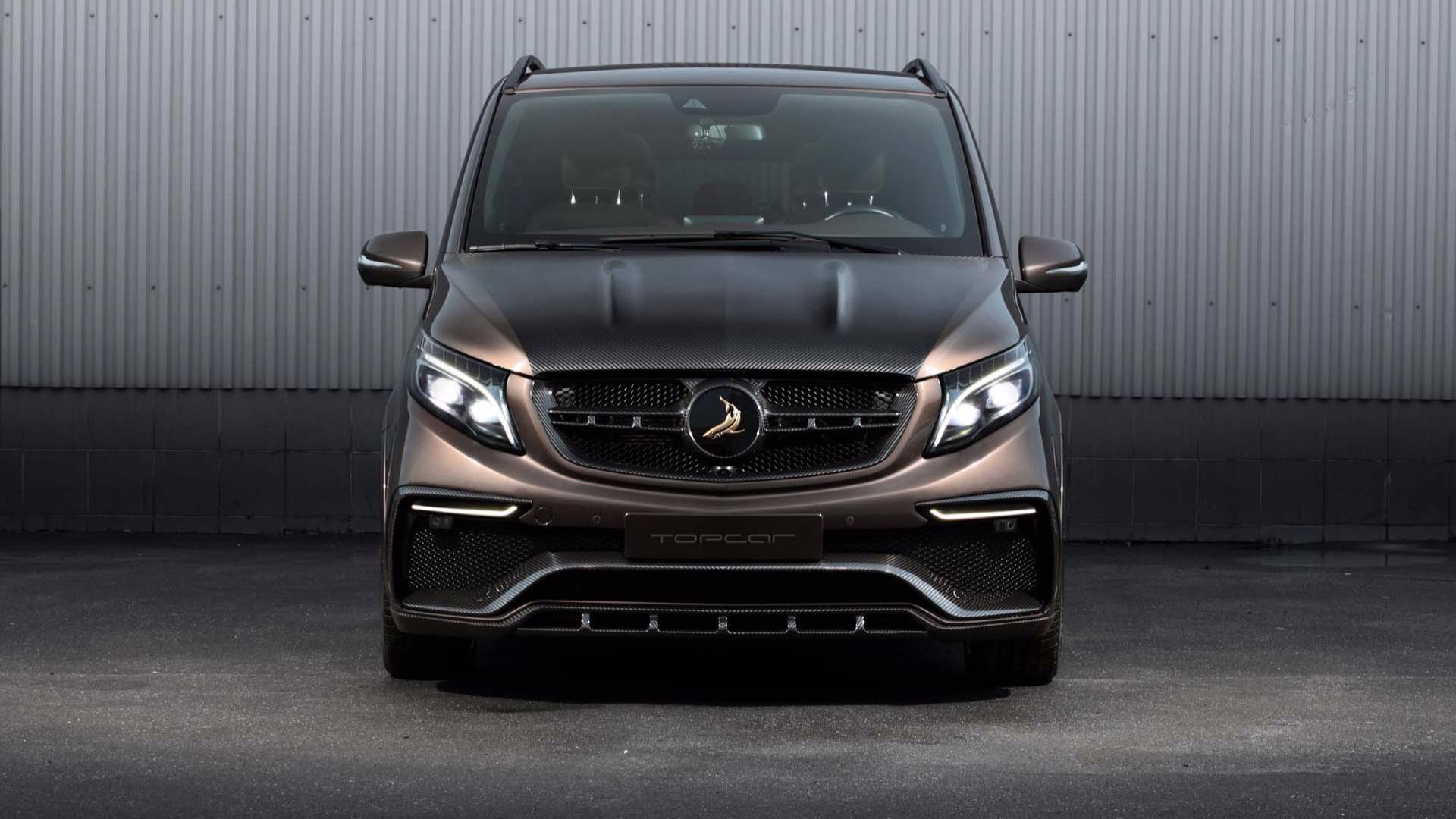 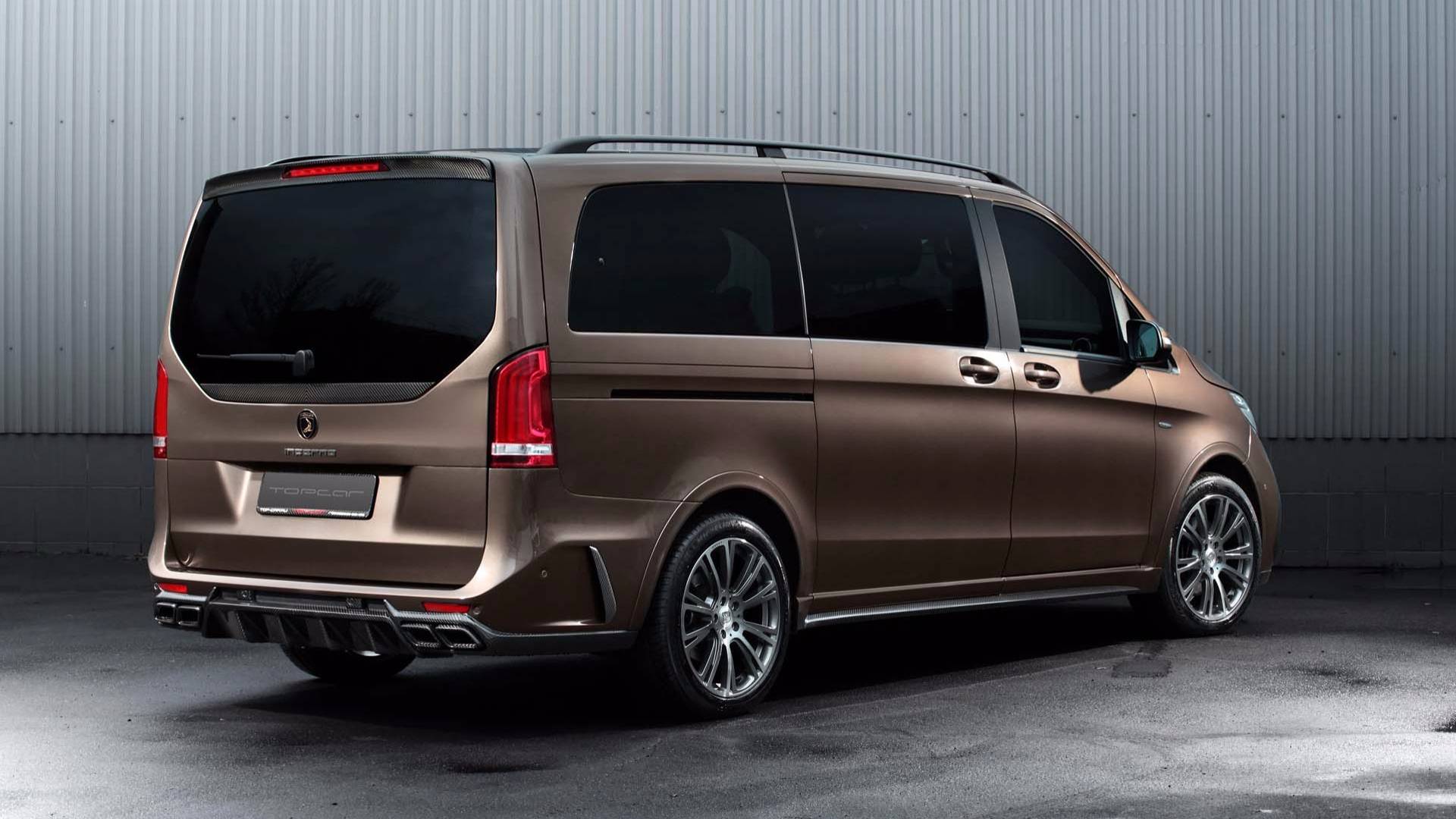 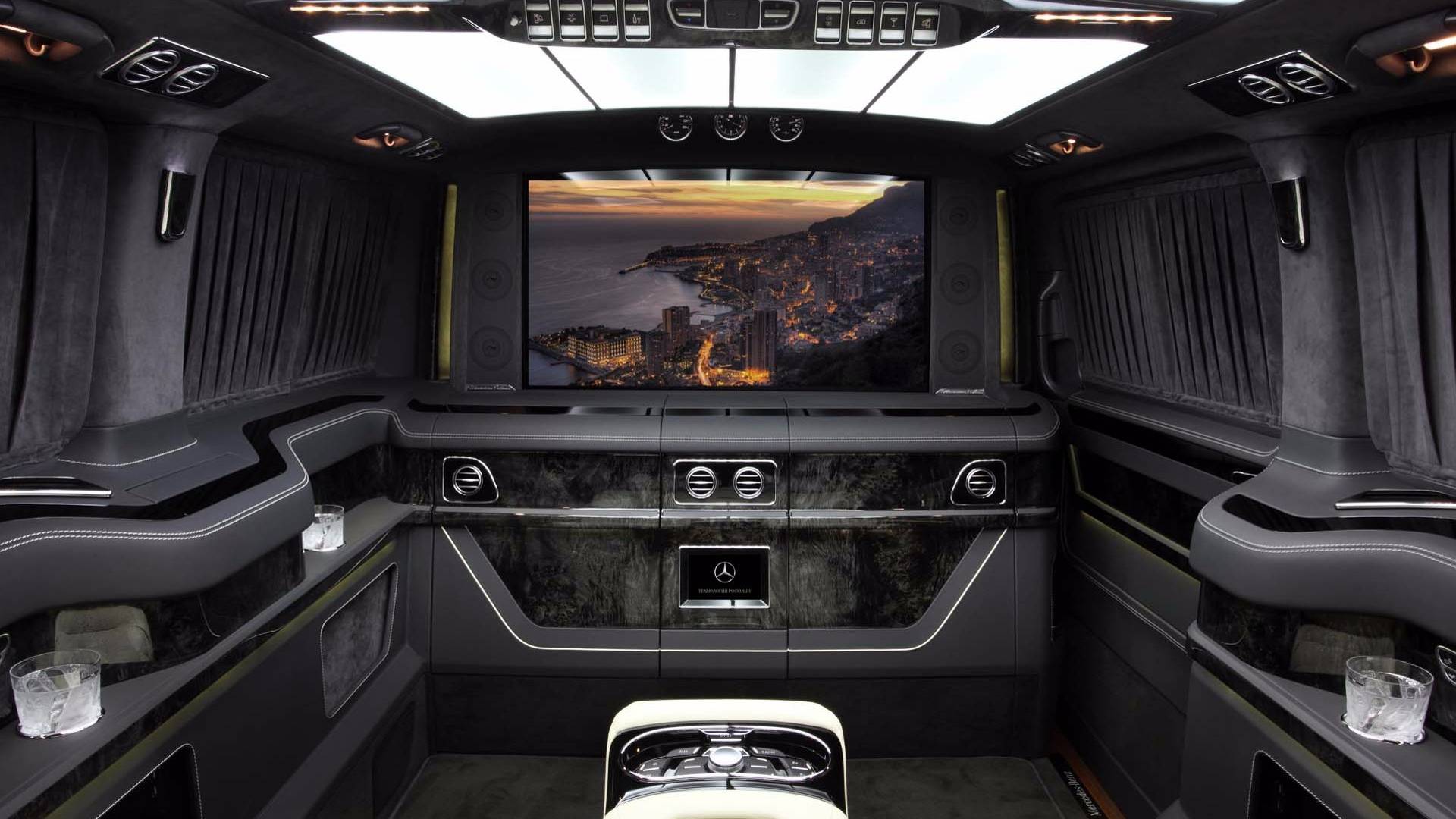 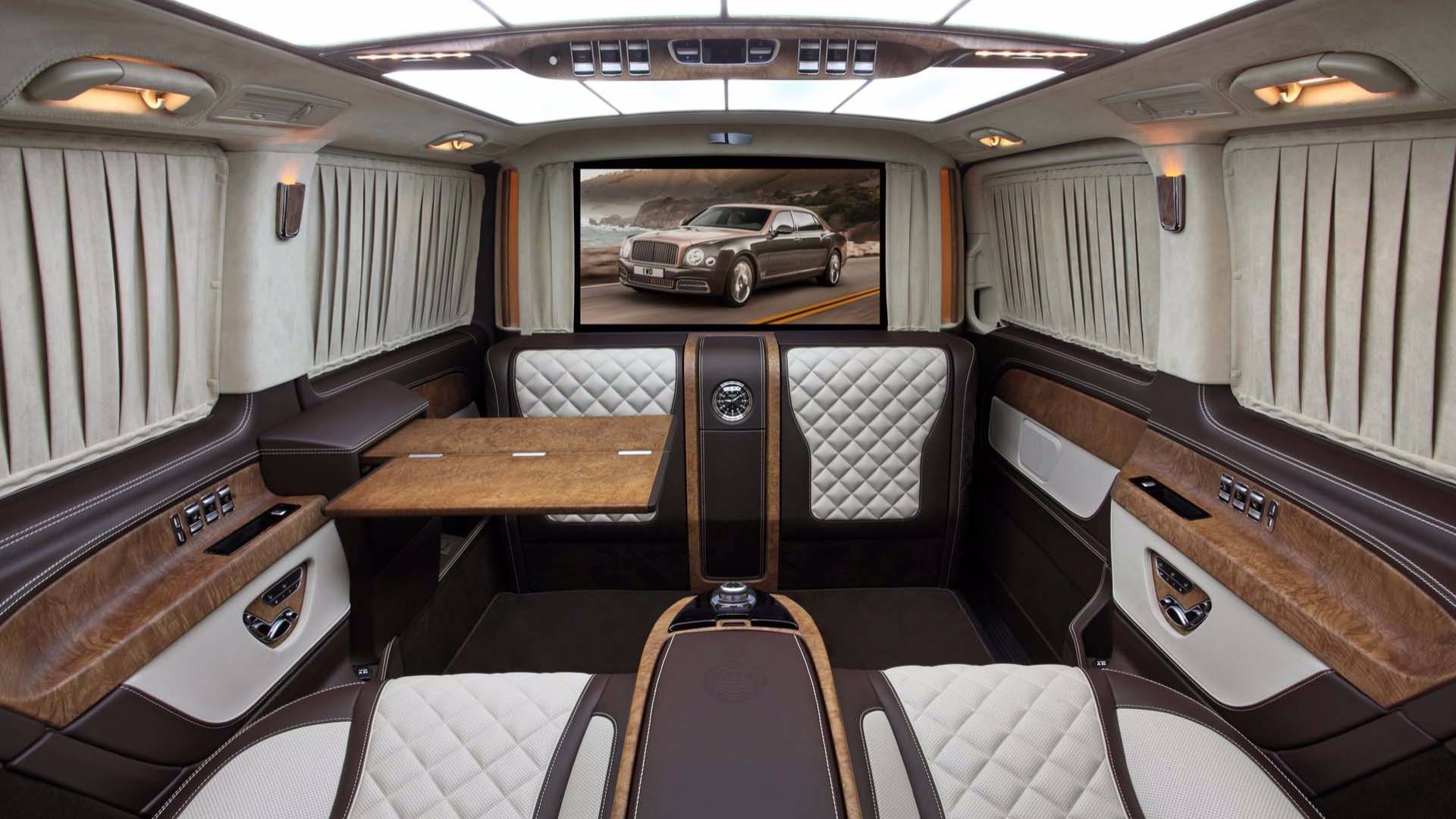 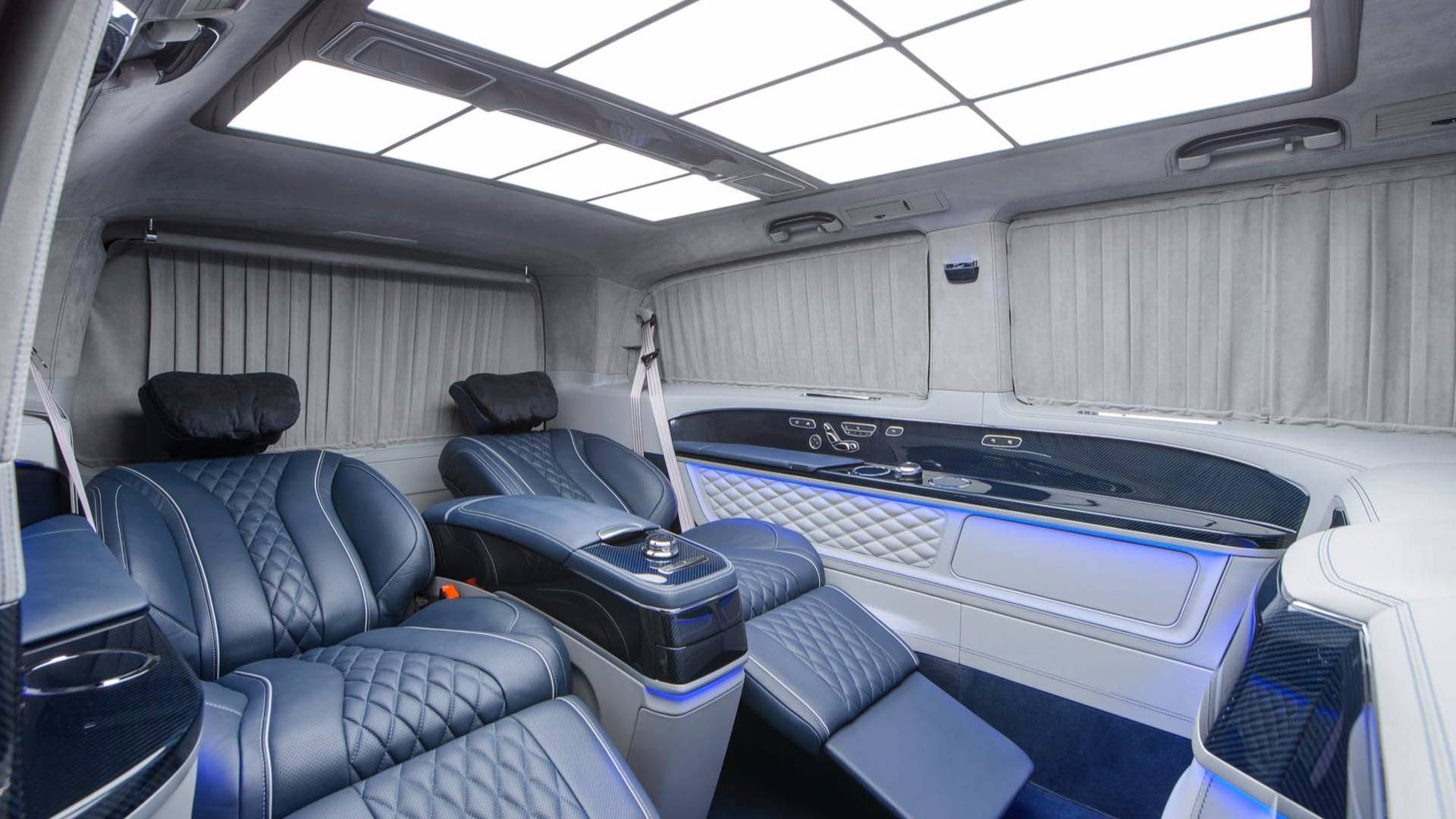