Mansory Vitesse Continental GTC Is Two-Tone Madness Not For Everyone

BentleyMansoryMansory Vitesse Continental GTCtuning
This one-off Bentley is a nod to the Vitesse Rose from 13 years ago.

Mansory is notorious for recreating machines that are sometimes outrageously beyond recognition. This one-off Mansory Vitesse Bentley is one of those outlandish remakes.

For the uninitiated, this latest Mansory Vitesse is a nod to the equally polarizing Vitesse Rose from 2009 based on a Continental GT Speed from that year. It's the first special colorized model that Mansory has ever created.

For the newest namesake, the car is based on the Bentley Continental GT Convertible but amplified to turn more heads than usual. And typical of a Mansory, it's definitely not for everyone.

For instance, the one-of-one Vitesse comes with a two-tone paint job, with black and yellow as both its central motif. The dual-color theme cuts the Bentley Continental GTC into two parts, with the yellow part dominating the majority of the two-tone finish. The set of black Mansory wheels comes with a yellow accent.

And of course, Mansory has showered the once opulent roadster with body kits, which are most likely made out of carbon fiber.

The "wasp" theme continues inside. The seat colors don't match, while the entire cabin comes with a stark contrasting color theme. The center console is decorated with a Mansory Vitesse nameplate that says "One of One."

The exact power unit of the latest Mansory Vitesse isn't specified nor does the tuning involved, but Mansory details the numbers coming from under the bonnet. According to its limited social media release, this Continental GT Convertible now makes up to 740 horsepower (552 kilowatts) and 752 pound-feet (1,020 Newton-meters) of torque. The top speed is Vmax-rated at 206 miles per hour (332 kilometers per hour), with the roadster having the capability to reach 62 mph (100 km/h) in 3.3 seconds from a standstill. 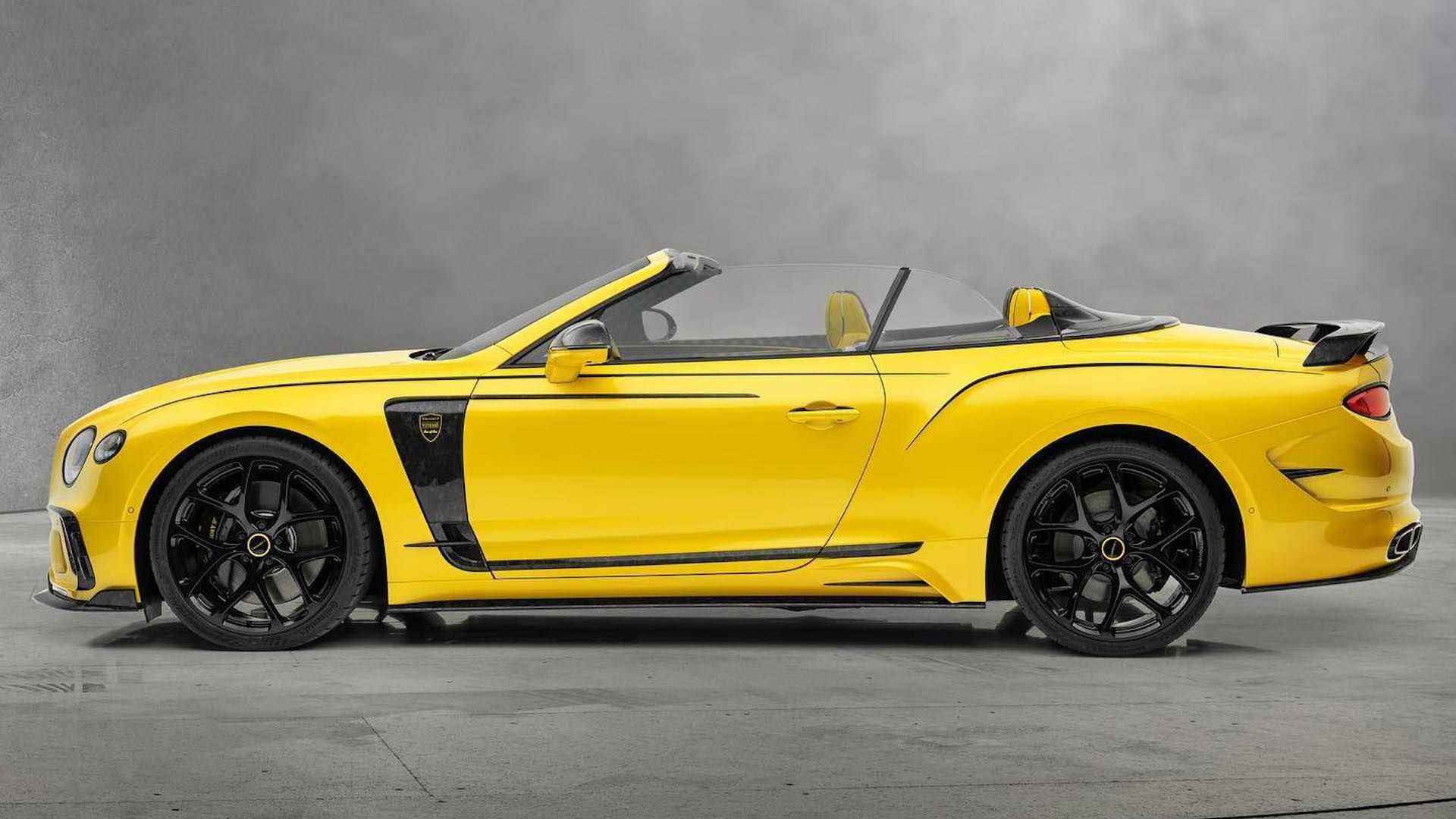 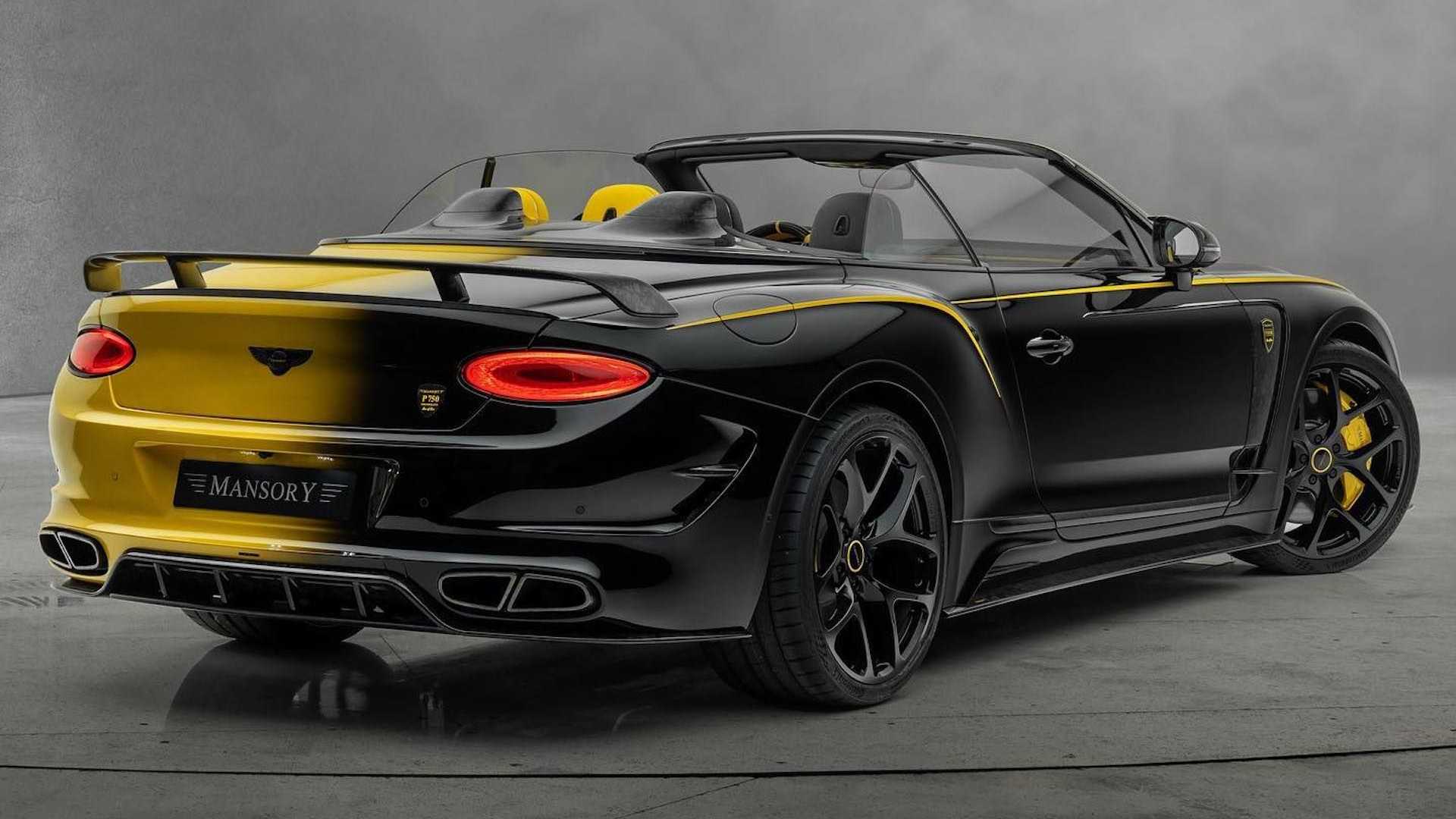 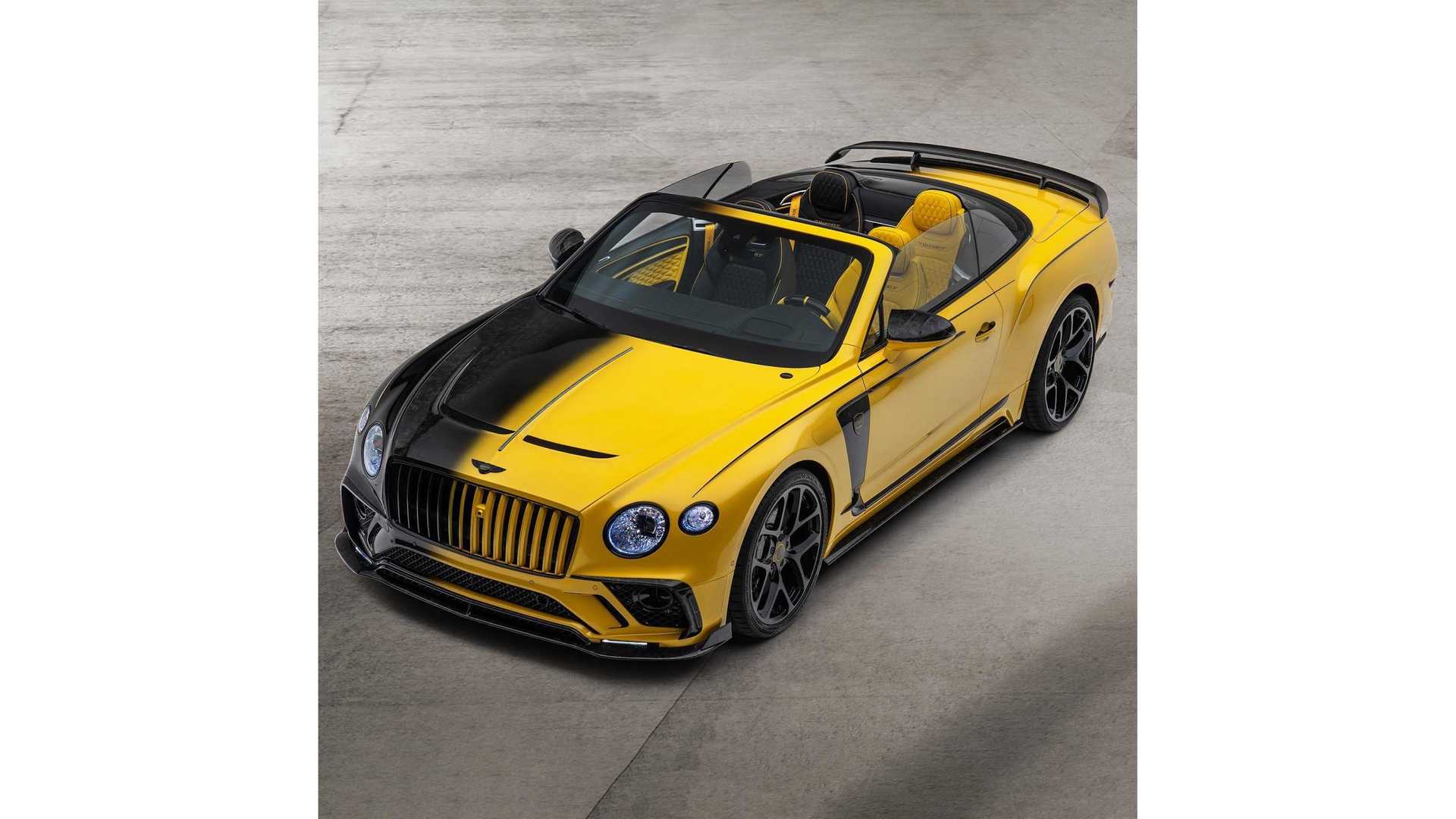 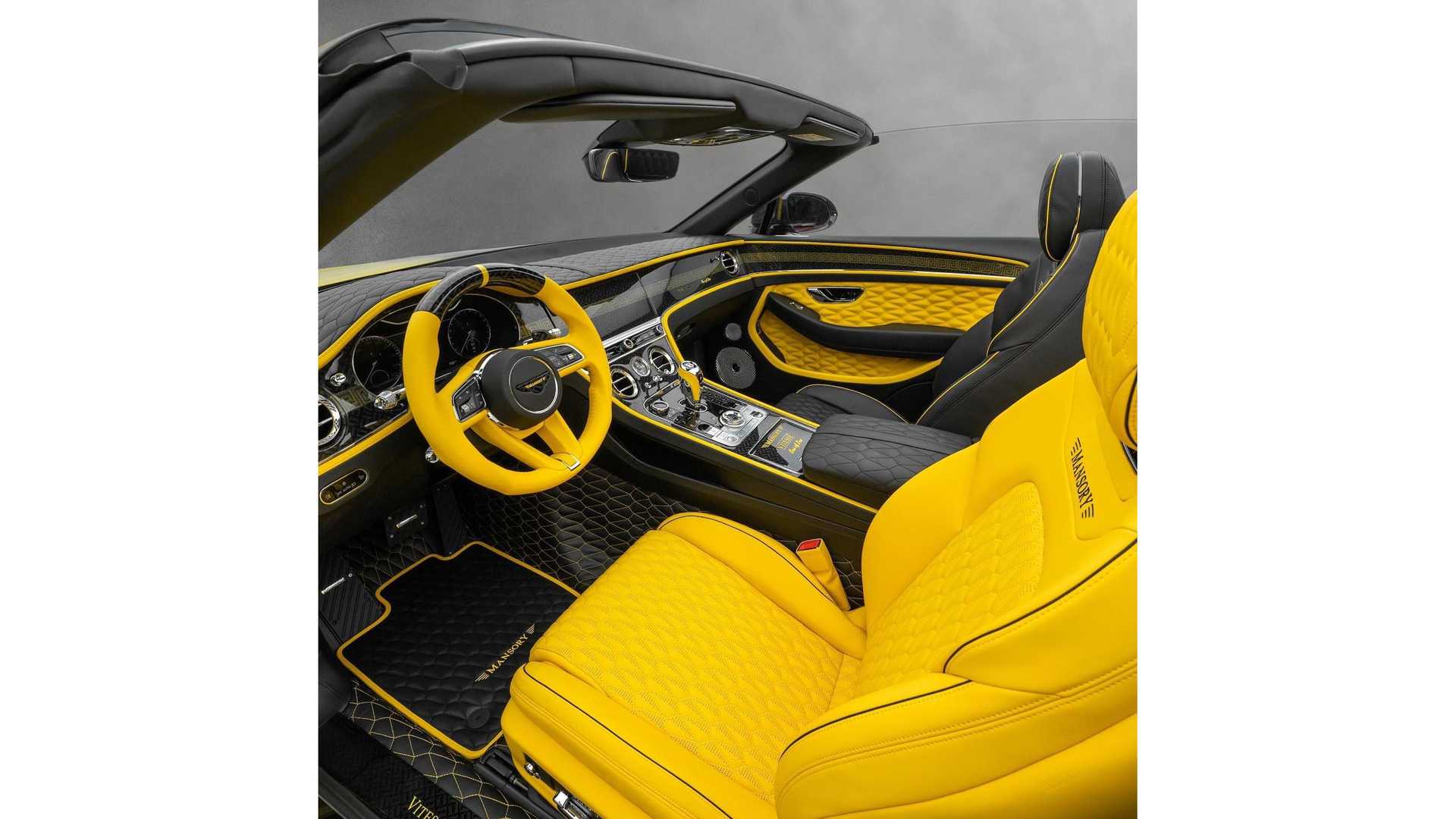