BrabusmercedesMercedes G-CLasstuning
At least that's what the tuning company says.

The Rocket series of projects by Brabus has that name for a reason. No matter if we talk about the Mercedes-AMG GT63 S-based model or the one based on the Mercedes-Benz S650 (see the related links below), we know Rocket stands for absurd levels of power and phenomenal acceleration. The latest Rocket member to come from Bottrop is based on what we would consider the least expected vehicle from Stuttgart.

What you see in the gallery below could easily be the most extreme G63 we’ve ever seen. Brabus actually describes it as a “limited-edition supercar”, though, obviously, it has nothing to do with the actual definition of a supercar. Nevertheless, the tuning company intends to build just 25 vehicles of the series, which is officially called Brabus 900 Rocket Edition, each carrying a price of €571,270 with German VAT included or approximately $681,600 at the current exchange rates. Yikes!

For this supercar figure, you'll get a heavily reworked V8 engine with an increased displacement to 4.5 liters. The peak output of the massaged twin-turbo unit is now 900 horsepower (662 kilowatts) in combination with a mountain-moving maximum torque of 922 pound-feet (1,250 Newton-meters), electronically limited to 774 lb-ft (1050 Nm) to protect the drivetrain.

Brabus says the massive power boost turns the G63 into “a thoroughbred sports car” and the numbers performance seem to support that. For the sprint from a standstill to 62 miles per hour (0-100 kilometers per hour) the 900 Rocket Edition needs just 3.7 seconds before it hits an electronically governed top speed of 174 mph (280 kph). While the powertrain obviously has enough power to go even faster, Brabus says the tires are not capable of more.

We won’t go into too much details about the visual upgrades - there are plenty of them, but you can check them out for yourselves in our massive, 190-photo gallery above. We'll just say that several exterior enhancements have been applied, including a rear spoiler, aggressive new bumpers, a massive hood scoop, and giant 24-inch wheels being among the most notable. The attention to detail seems amazing in the interior as well, where there’s a mix between fine black leather for the four individual seats and carbon fiber decorations for the dashboard, center console, and door panels. 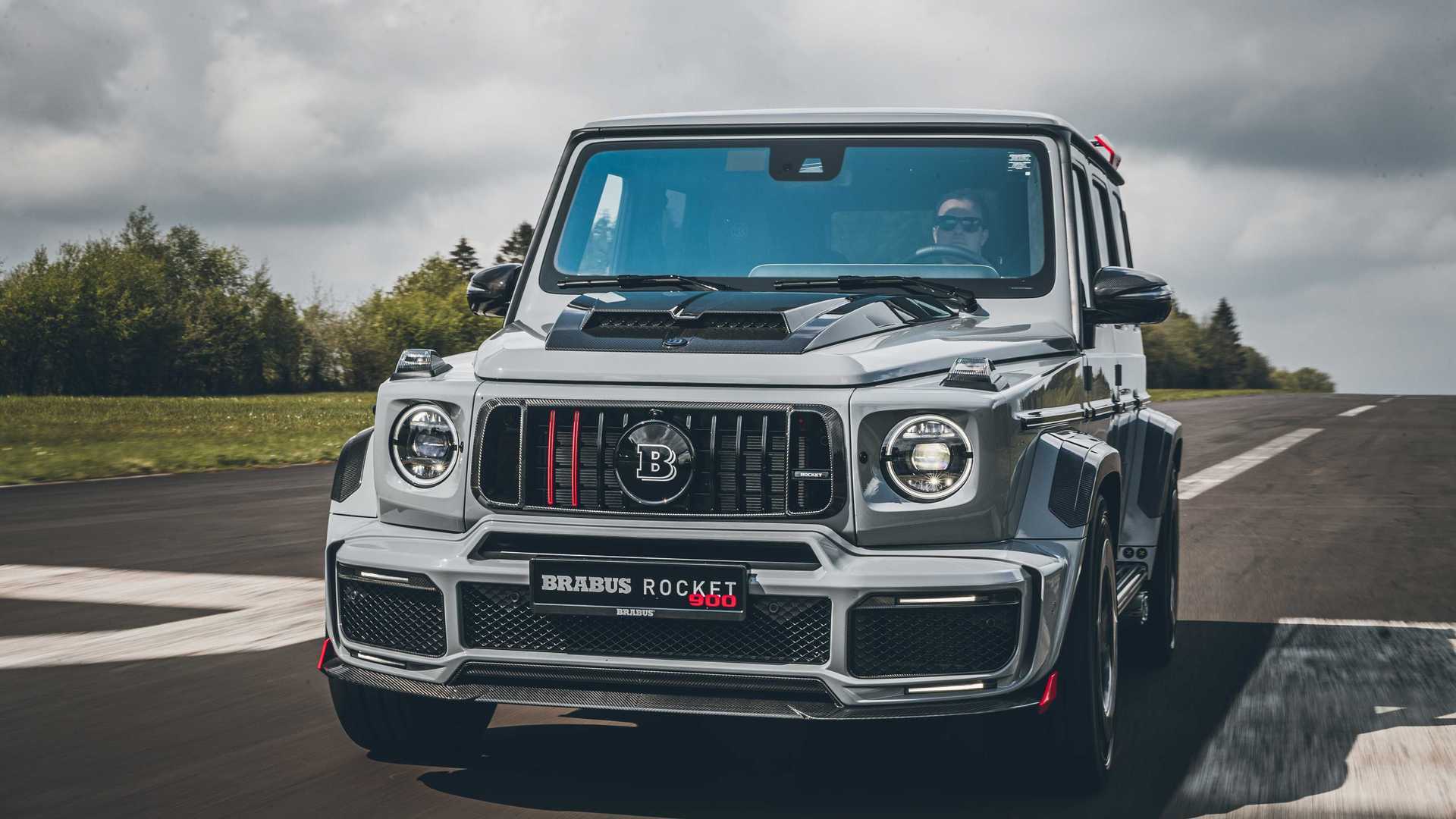 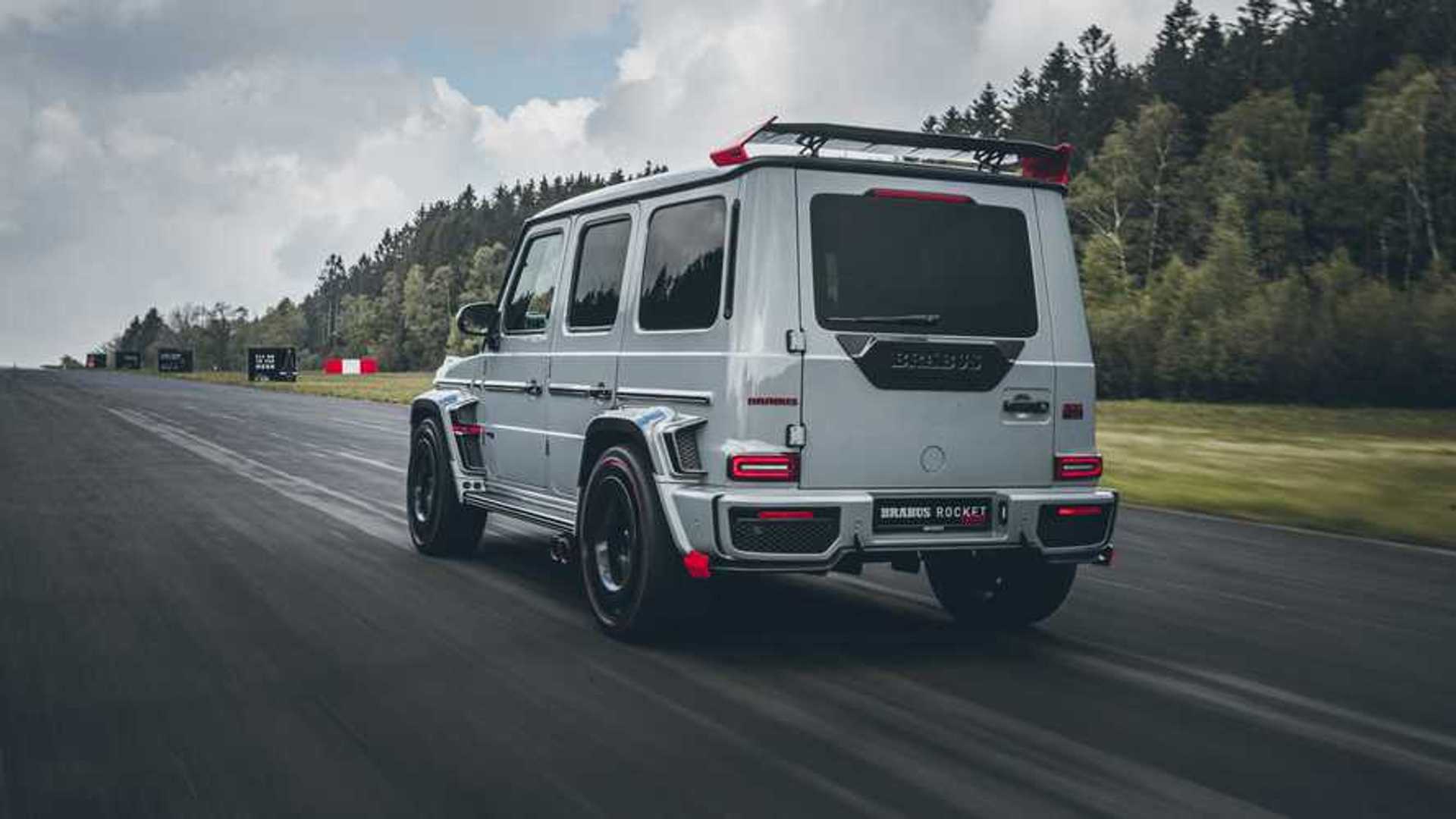 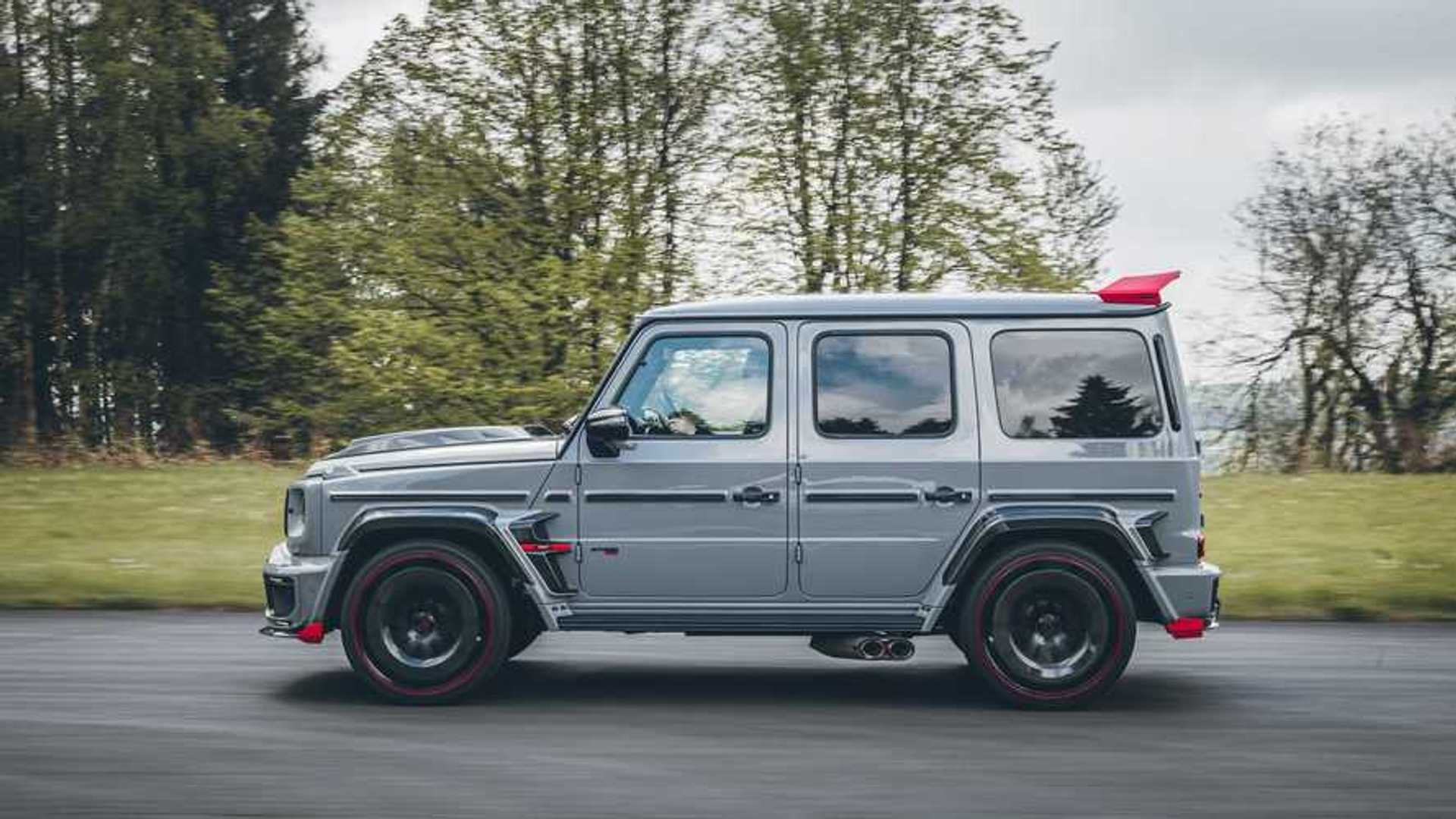