Brabus 850 Buscemi Is An Extravagant G63 With Matching Sneakers

Brabusmercedestuning
It comes as no surprise the opulent Mercedes-AMG G63 with its gold accents was unveiled at the Dubai Motor Show.

While the curtain is about to fall on the Mercedes G-Class W463, the skilled tuners at Brabus are still finding ways to turn the off-road icon into an even more attention-getter for those willing to reach deep into their pockets. Take for example the new G63-based Buscemi Edition priced at an eye-watering €410,000 before VAT ($485,000 at current exchange rates) as a complete car with all the bells and whistles featured here.

Now, before you go thinking the G-Wagen has anything to do with the actor Steve Buscemi, the opulent G came to life with help from 42-year-old Californian designer Jon Buscemi. He was responsible for coming up with the two pairs of exclusive sneakers that feature golden elements just like the car. In addition, each buyer will also receive a three-piece luggage set from the latest collection created by Buscemi and Brabus.

As for the G63 itself, it's an absolute monster that combines numerous gold and carbon fiber accents. It uses an enlarged V8 6.0-liter (up from 5.5) biturbo engine pushing out a massive 838 horsepower (625 kilowatts) and an astounding 1,069 pound-feet (1,450 Newton-meters) of torque. Despite weighing no less than 5,622 pounds (2,550 kilograms), the Buscemi Edition will run to 62 mph (100 kph) in only four seconds. An electronic top speed limiter will kick in at 162 mph (260 kph) to protect the tires wrapping those 23-inch forged wheels.

From the blacked-out xenon headlights and wider fenders (adding 12 centimeters / 4.7 inches) to the roof-mounted auxiliary light and the rear spoiler, basically everything has been modified on the outside. Even the spare wheel cover has a golden paint finish to match all of the emblems on the outside as well as the side skirts and brake calipers.

Brabus says only the "finest black leather" has been used inside the lavish cabin of Mercedes' 4x4 legend and even the floor has been covered with the soft material. The golden glazing theme continues and can be noticed on the center console, steering wheel, shift paddles, and in other areas. Optical fibers built into the headliner will give you the impression you're inside a Rolls-Royce fitted with the fancy Starlight Headliner. The optical fibers can change color as these have been synchronized with the ambient lighting.

The Buscemi Edition goes to show sky's the limit when it comes to customizing a model that has technically been around since 1990. 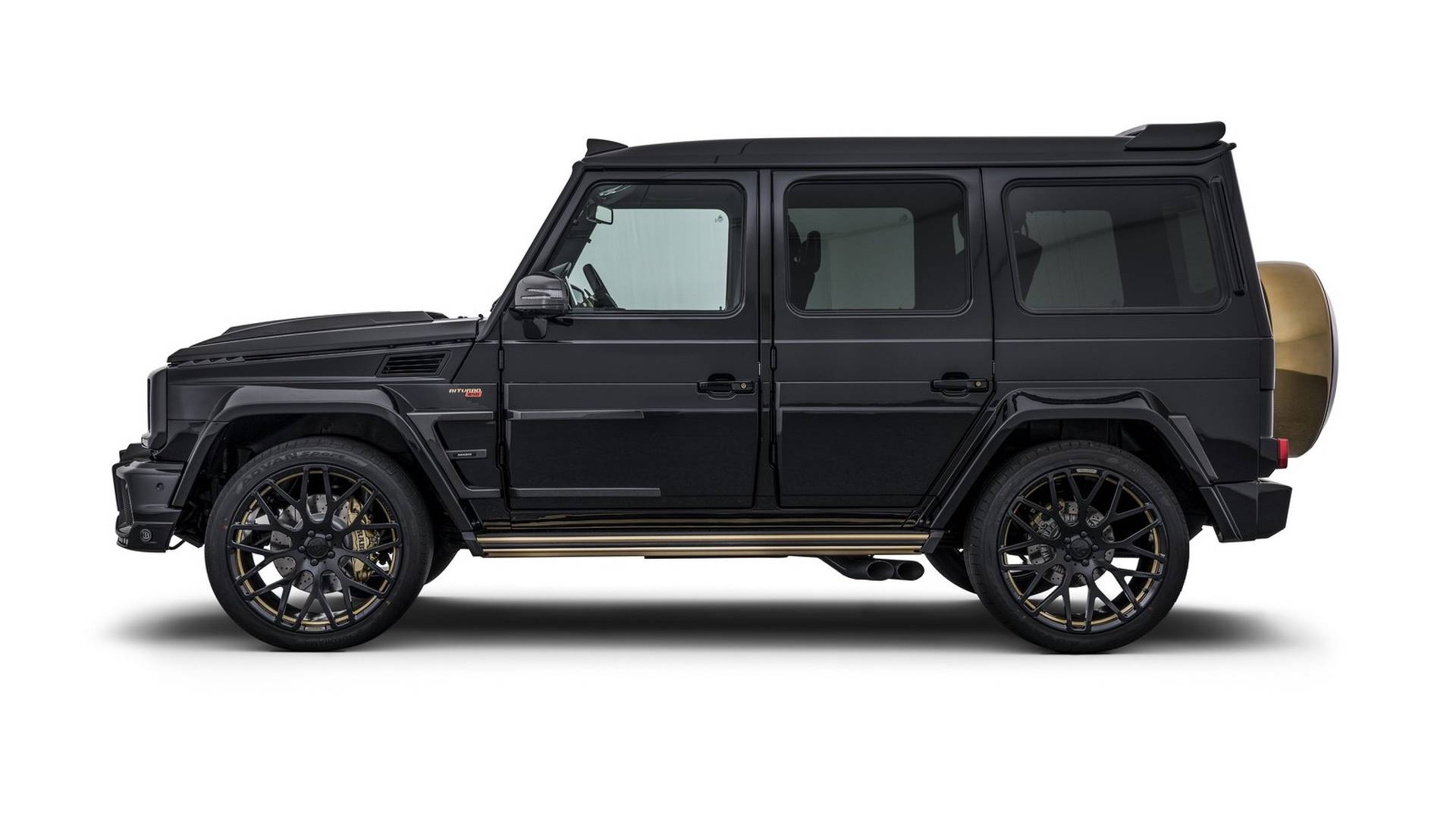 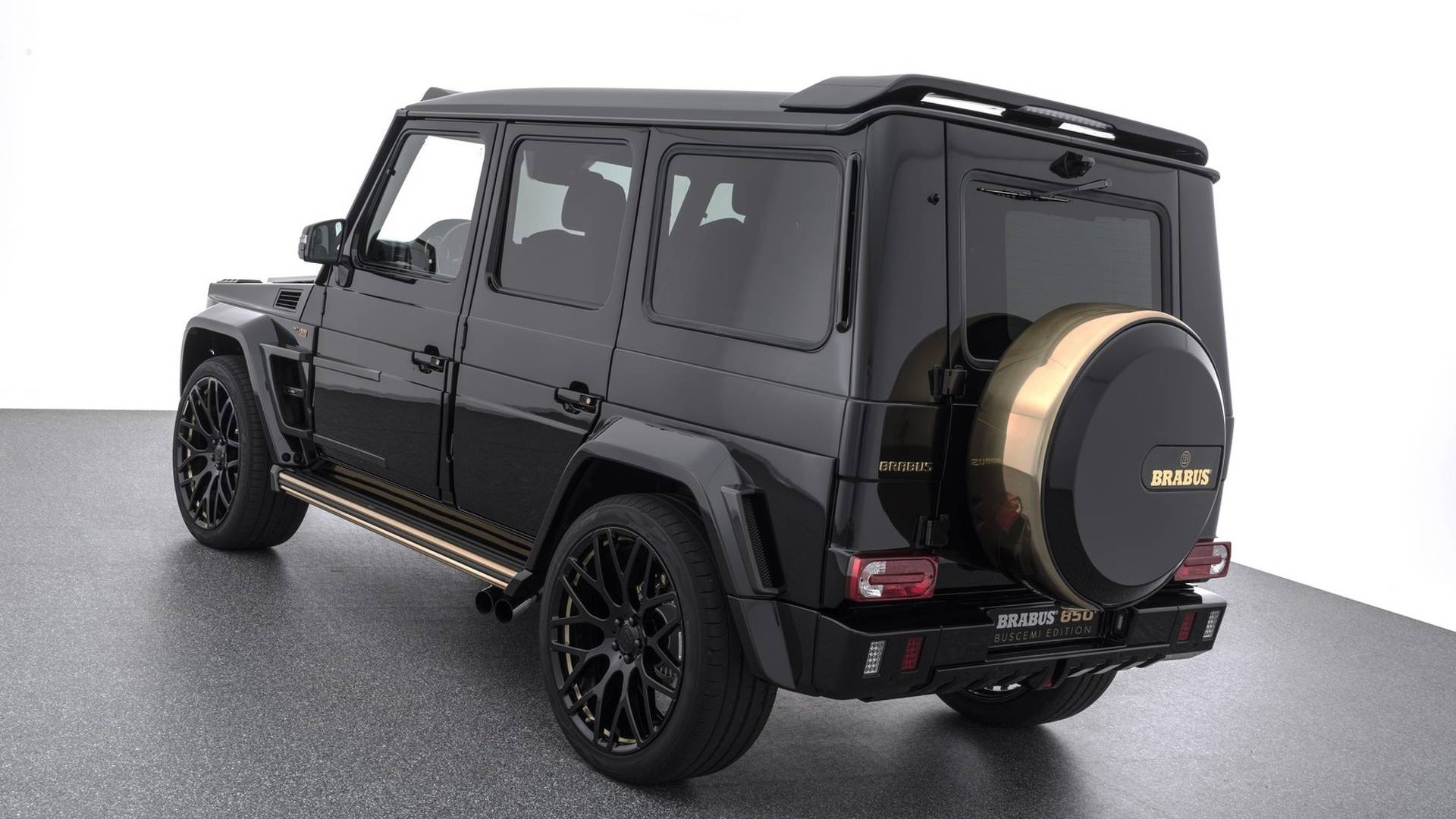 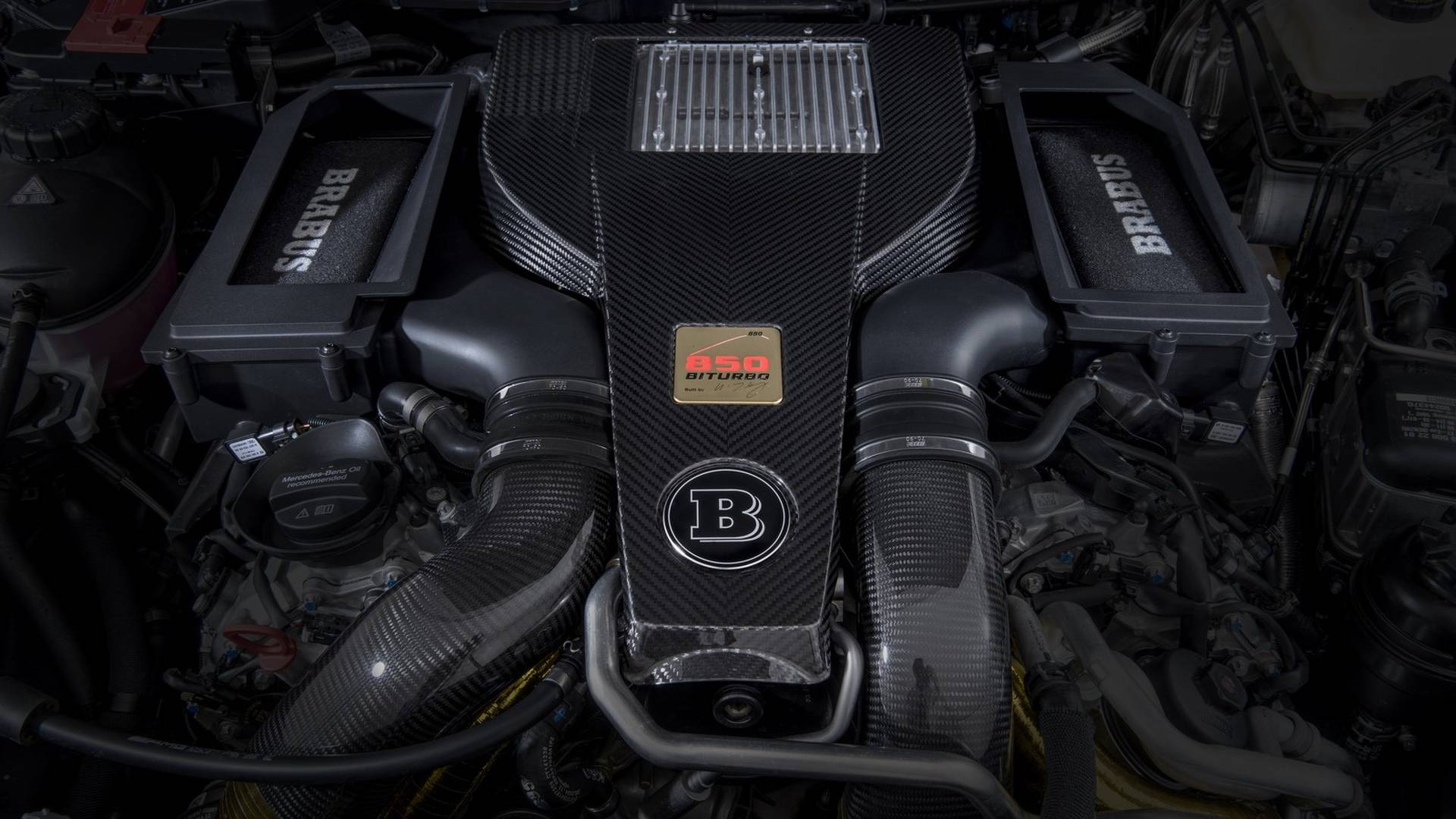 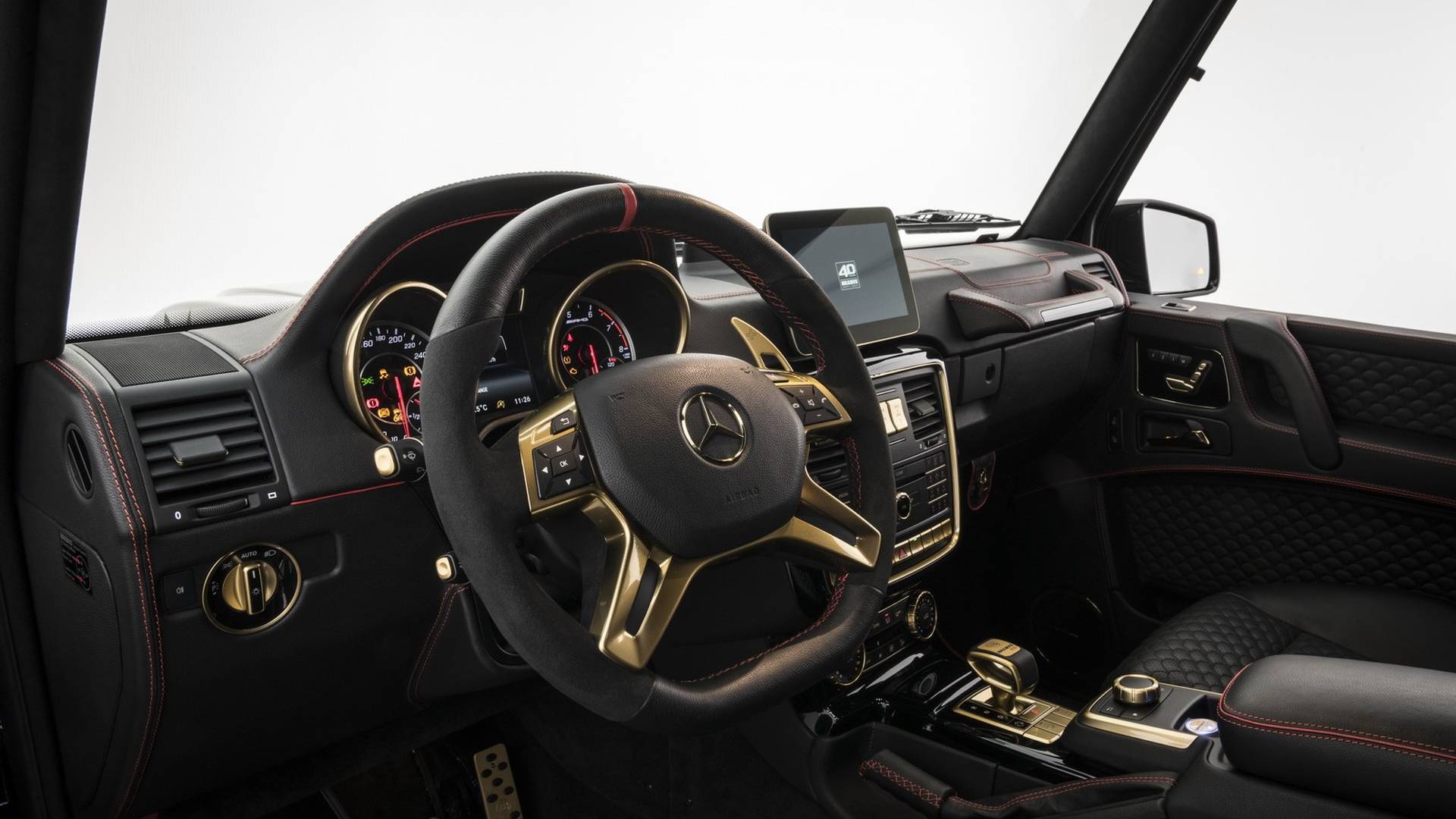 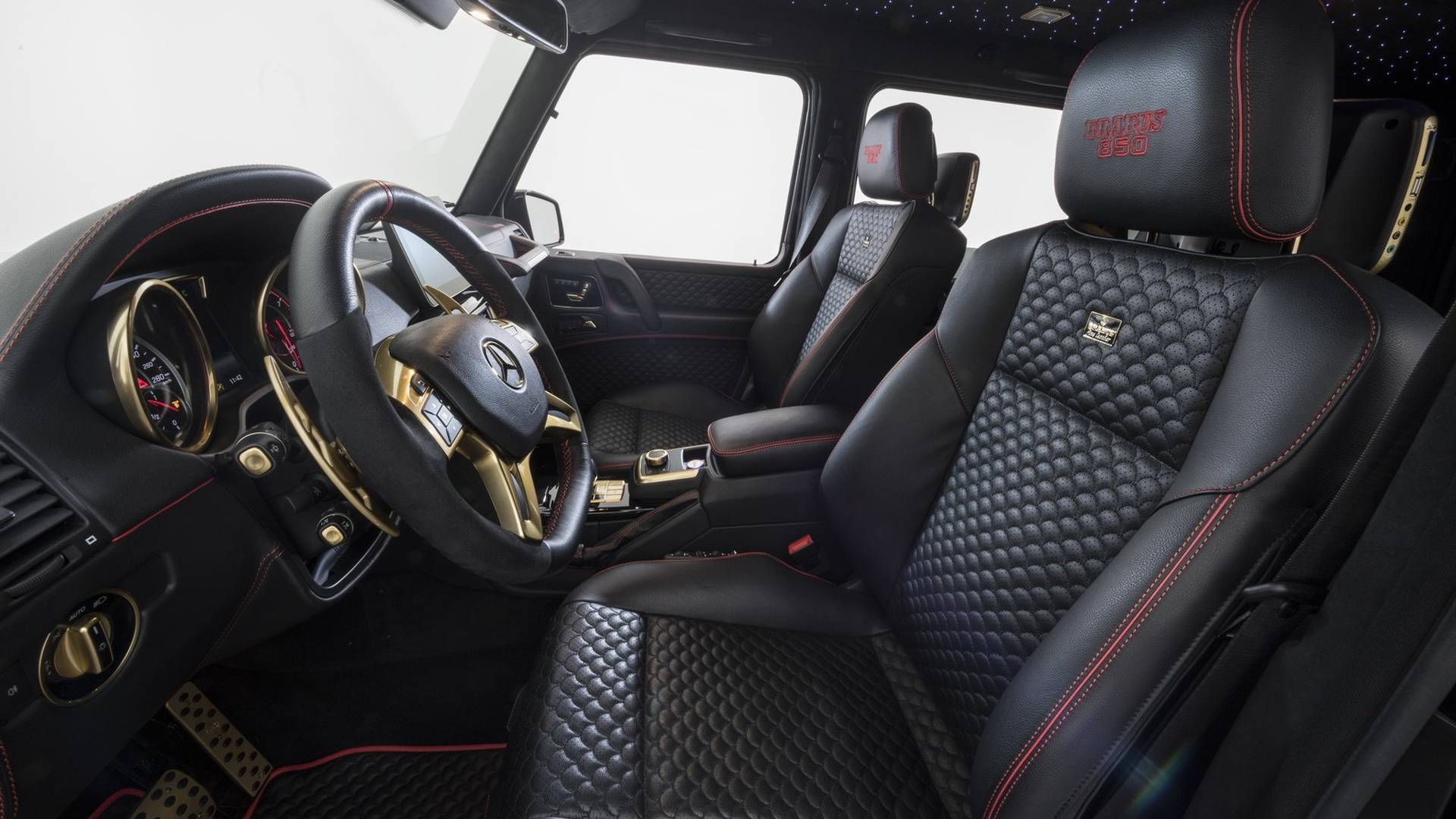 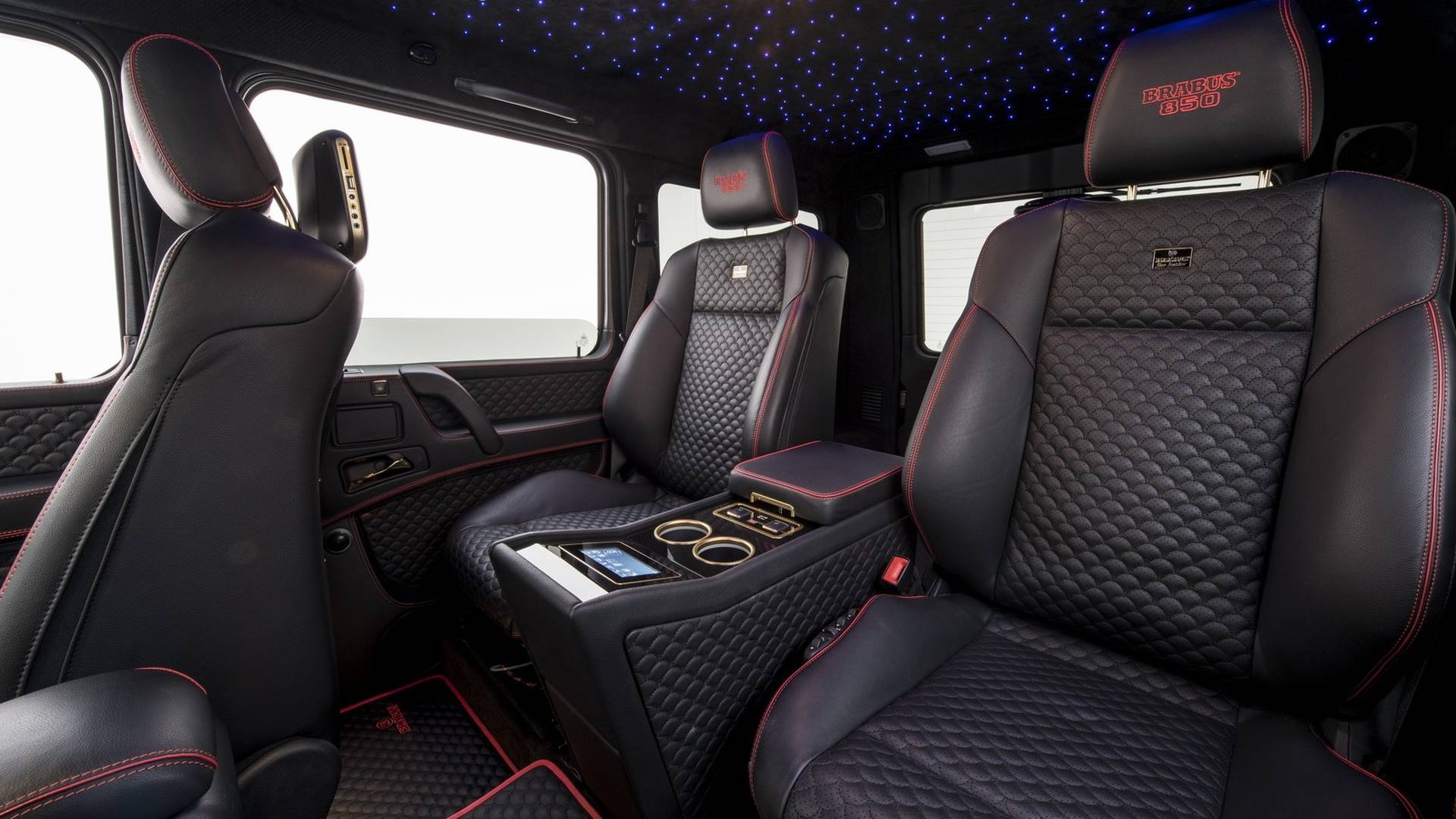