Brabus is back with another creation, this time tuning the Mercedes-Maybach GLS 600. It’s got a number of visual upgrades inside and out, though the most significant news lies under the hood. The Brabus 900 gets its name from the engine’s output, and Brabus achieved this with an assortment of aftermarket upgrades that go well beyond increasing the SUV’s performance numbers.

Brabus cranks up the engine’s output by increasing its displacement from 4.0 to 4.5 liters and calls it the Brabus Rocket 900 V8. A pair of larger, custom-made turbochargers increase boost pressure, allowing the modified mill to make 900 horsepower (662 kilowatts) and up to 922 pound-feet (1,250 Newton-meters) of torque.

Brabus also modified the engine’s intake and fuel system while adding a high-performance stainless steel exhaust to help increase the output. The exhaust, which the driver can actively control, pokes through the new rear diffuser with large, rectangular tailpipes. The new exhaust and bumper are just a few of the new exterior bits that Brabus adds, which enhance the SUV’s appearance and play an essential role in its aerodynamics. The new carbon bits help reduce lift at high speeds.

Visually, the tuner tweaks the front and rear-end styling thanks to new carbon bits. Brabus finishes the radiator grille and exterior trim in Shadow Gray, just like the 24-inch forged Monoblock M wheels. Inside, Brabus finished the GLS in two-tone black-and-cream-colored leather. However, Brabus builds each car to order, and the tuner offers a wide assortment of interior finishes.

Brabus says the large luxury SUV will hit 62 miles per hour (100 kilometers) while on its way to a 200-mph (320-kph) top speed. The GLS also receives modifications to the air suspension, which lowers the GLS by about 1 inch (25 millimeters).

The Mercedes-Maybach GLS 600 is in no way deficient in power or luxury, but Brabus always finds a way to add more. The Brabus 900 is way more potent than the standard Maybach GLS while looking different thanks to the tuner’s visual upgrades. 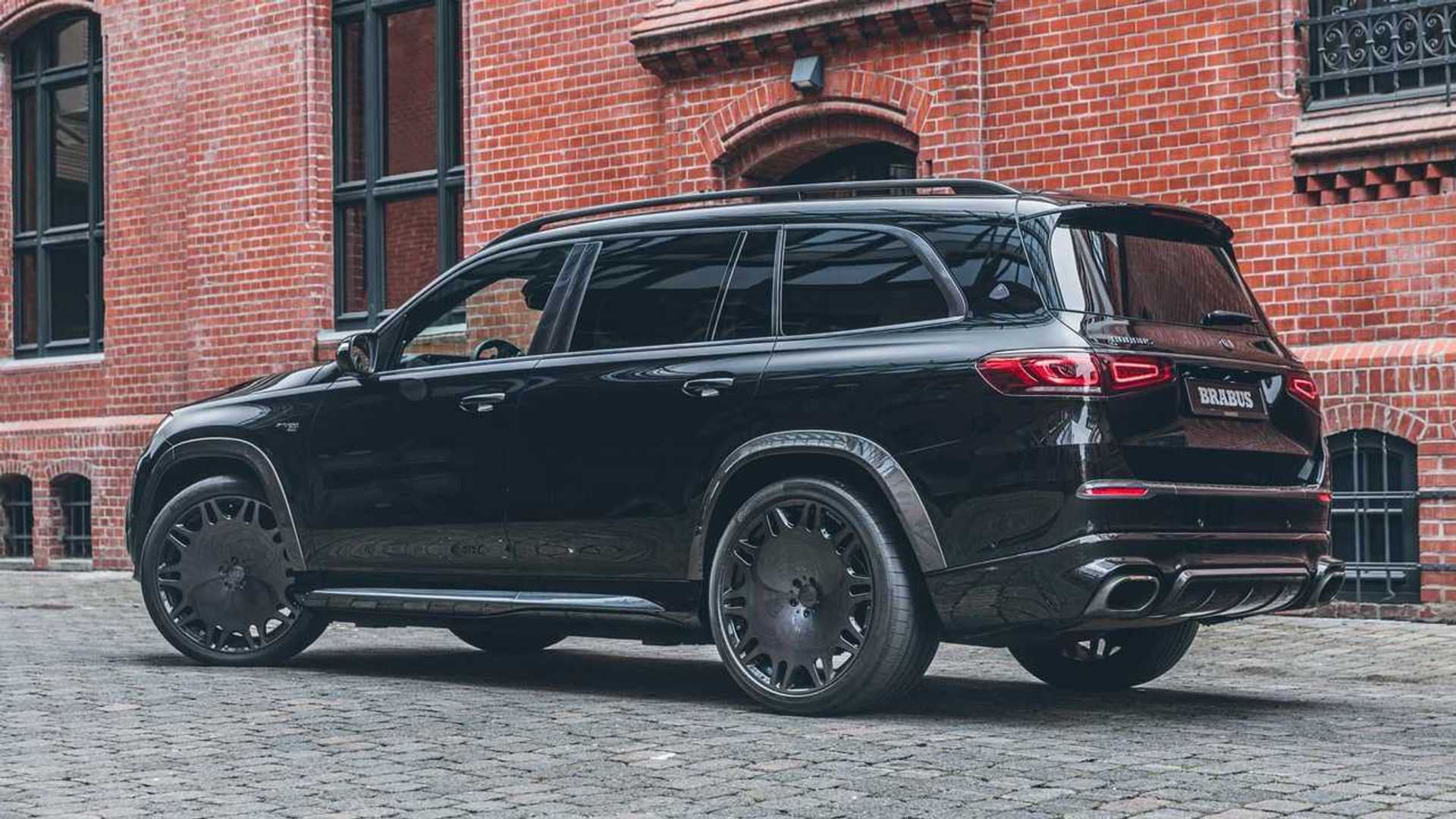