mercedesMercedes-AMG GLC 63
Mercedes will pair a turbo 2.0-liter with an electric motor.

Mercedes-Benz introduced the all-new GLC earlier this month, but we only got the standard models. The hotter AMG variant hasn’t arrived yet, but a new batch of spy shots has us hoping we won’t be waiting long. Mercedes hides the GLC 63’s sportier styling under a thin layer of camouflage that can’t hide the model’s naughtier nature.

Mercedes covers the front and rear fascias, but the quad tailpipes give away the trim. The squared-off exhaust is the telltale sign that this isn’t your typical GLC, and we expect some radical changes under the hood. The AMG GLC 63 will arrive with a hybrid powertrain, pairing its potent turbocharged 2.0-liter with an electric motor.

Details about the GLC’s plug-in hybrid powertrain are under wraps, but the new GLC and new C Class are siblings, and it appears as if the AMG C63 with its hybrid powertrain will deliver up to 670 horsepower (500 kilowatts). More than 400 hp would come from the turbo 2.0-liter while the electric motor produces the rest of the power; however, previous rumors suggested that the two vehicles might make closer to 600 hp (447 kW).

The potent GLC will get a visual upgrade, too. The camouflage attempts to hide the sportier front bumper, which has a larger lower opening, and the Panamericana grille is unmistakable. The rear sports a more aggressive bumper, which houses the AMG exhaust pipes.

The spy shots also provided a peek at the interior, but it doesn’t look any different from what we saw during the GLC debut earlier this month. The new GLC has a modern interior with a large tablet screen at the top of the instrument panel with a separate driver’s display.

Mercedes can focus on the other variants with the regular GLC officially revealed. We expect the company to unveil the AMG GLC 63 later this year before arriving for the 2023 model year. It might not reach US showrooms until early next year. Mercedes will also have less-powerful AMG GLC variants to offer. 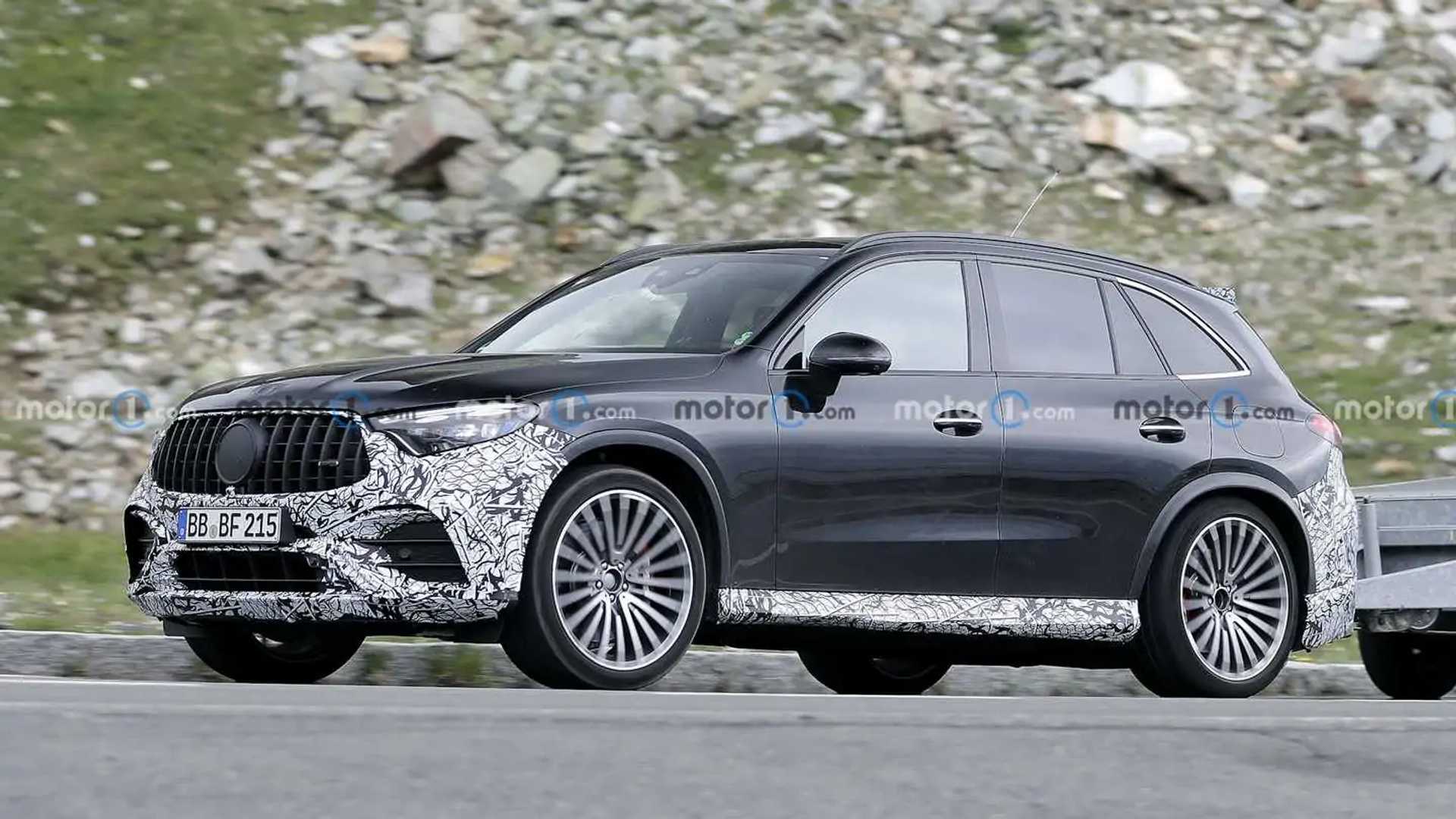 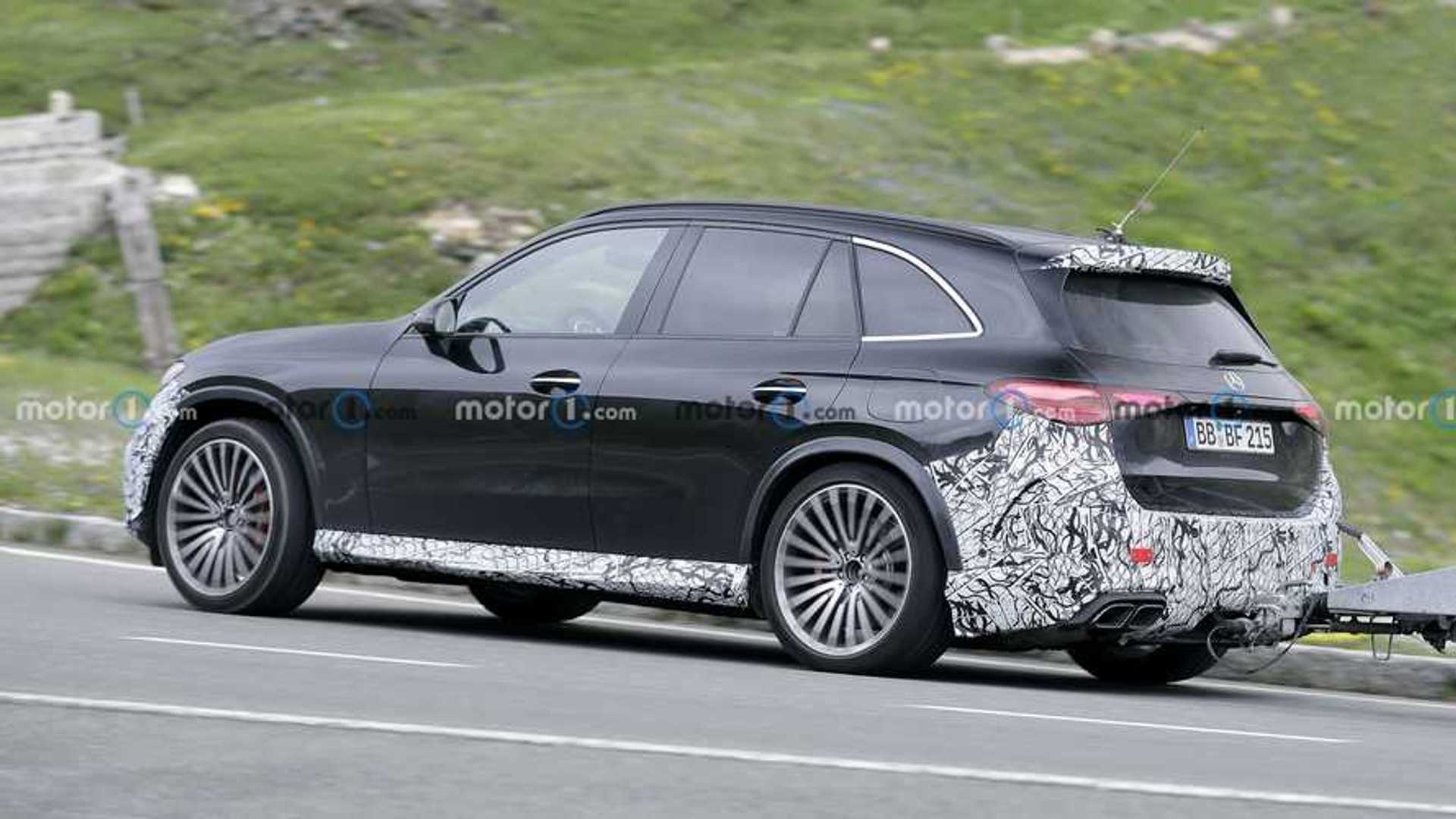