A new listing from German insurance company HUK24 indicates that a Mercedes-Benz G 400d diesel is on the way soon to European buyers. To lend further credence to this addition to the lineup, HUK24 previously predicted the power for the Mercedes-AMG GT R Roadster and Mercedes-AMG A45 S.

The listing shows the G 400d using a 3.0-liter engine producing 326 horsepower (242 kilowatts). It would likely be available alongside the existing G 350d in Europe that produces 282 hp (210 kW). HUK24 doesn't list the G 400d's torque rating, but it should be higher than the G 350d's 443 pound-feet (600 Newton-meters). The insurance firm also doesn't mention the transmission, but all other non-AMG G-Class variants have a nine-speed automatic. 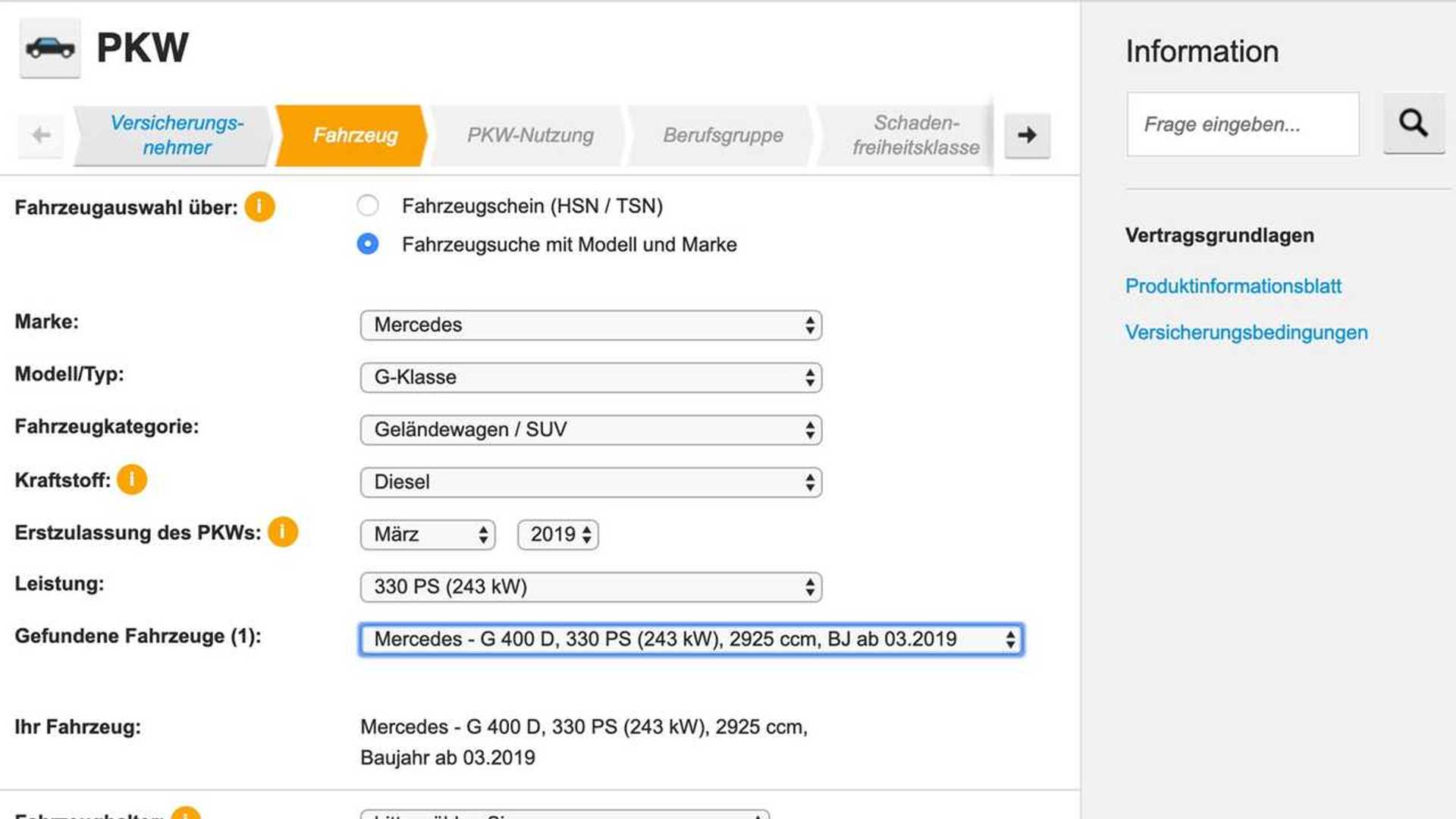