audiAudi S3manharttuning
The upgraded model has more power and torque than a stock RS3 in Europe.

Manhart is a major tuner of European vehicles, particularly the ones from Germany. It's now showing off the vehicle that the company calls the S 400, but this isn't a Mercedes-Benz. Instead, the company turns up the dial on the Audi S3 sedan.

Beyond the powertrain tweaks, Manhart fits a set of H&R springs that lower the S3 by 1.181 inches (30 millimeters). The exhaust pipes exit from carbon-fiber surrounds.

The show car for highlighting the modifications features a gray body with accents in red and black, including an asymmetric stripe. It rides on a set of Manhart's Concave One 19-inch wheels with a satin black finish.

The show car has no changes to the interior or brakes. However, Manhart says that it can upgrade both aspects at a customer's request.

While Manhart's upgrades are impressive, the German tuner Motoren Technik Mayer (MTM) has even more extreme S3 tweaks. The company's stage four improvements boost the output to 480 hp (358 kW). With so much power, the car hits 62 miles per hour (100 kilometers per hour) in a claimed 3.2 seconds and 124 mph (200 kph) in 10.7 seconds. 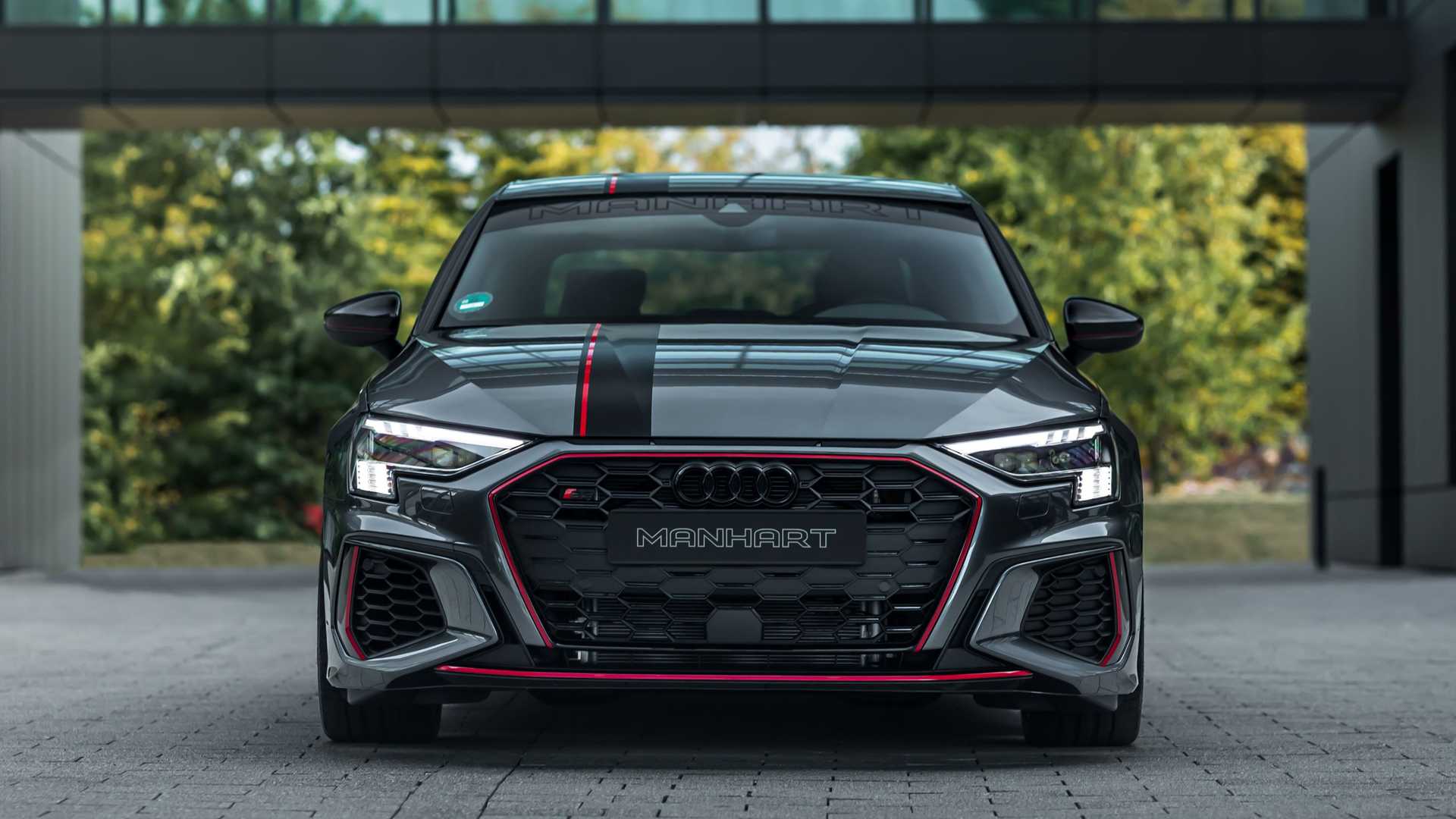 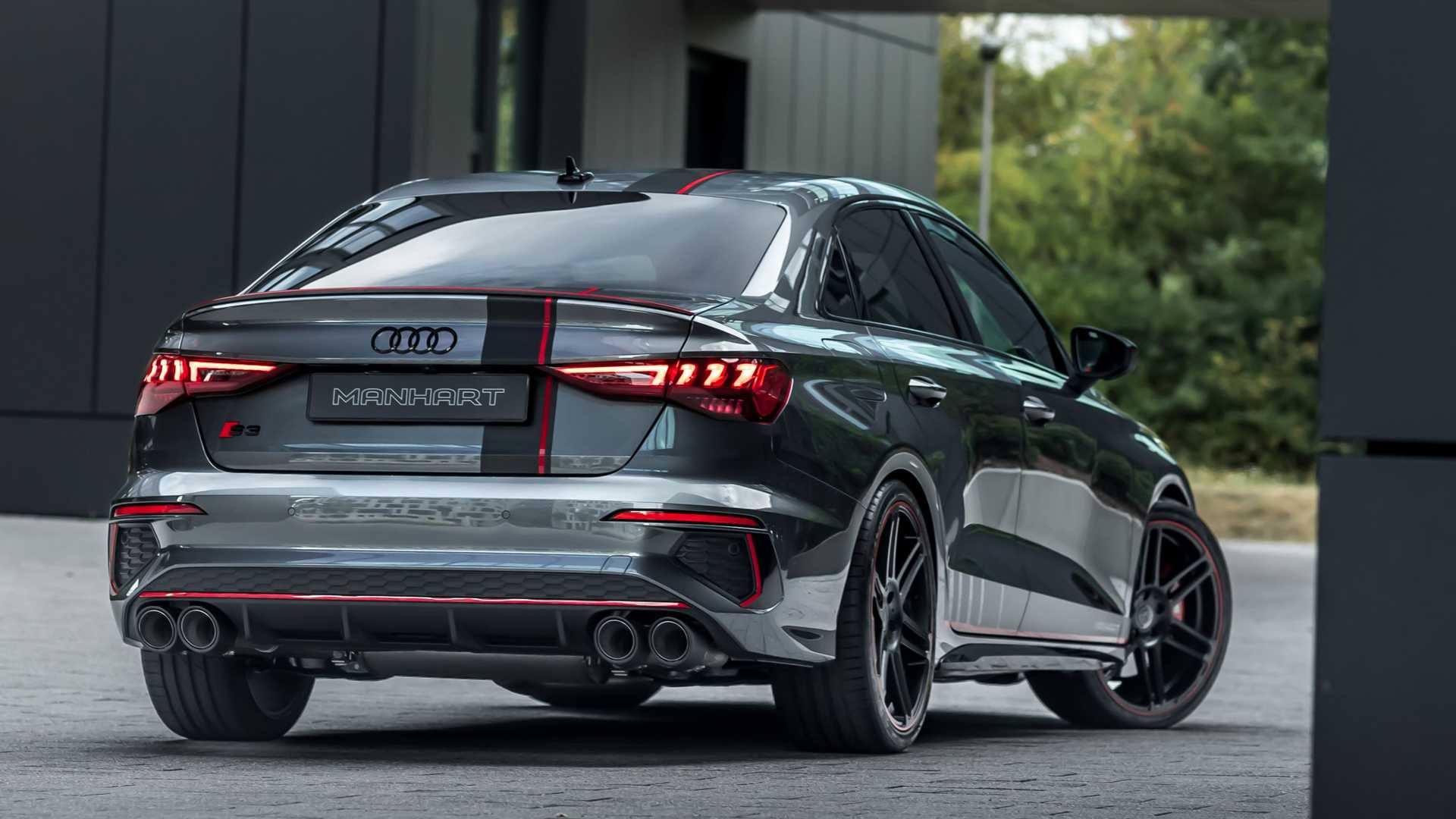