maybachmercedesMercedes V-ClassMercedes-Maybach Metris VanMetricvan
The Mercedes-Benz V-Class, just like any other high-end model with the three-pointed star emblem, is seriously prone to all sorts of customization and personalization ideas.

Mercedes-Benz, for all its desire to eat up a cake down the aftermarket alley, has not cooked up AMG or Maybach derivatives for the Vito – aka the new V-Class. Also known as the Metris in North America, the series is even in jeopardy of being sent to greener pastures past the 2023 model year.

But until that happens, there are still a few parties to attend – and everyone needs a cool ride to impress the crowd, right? Well, in case high-end vans with loads of room and numerous luxury goodies inside are your thing, here is San Diego-based Champion Motoring, a provider of exotics to athletes and affluent connoisseurs, which recently prepared a fashionable Metris for sale to the highest bidder – or, rather, to the quickest to DM for the pricing quotation, that is.

Anyway, far for us to judge the way Champion conducts its business, but we can safely say they have a big passion for ‘one-of-one’ Mercedes’ rides as of late – from those of the AMG G 63 4x4 Squared variety to monochromatic Maybach S-Classes (both are also embedded below). Speaking of Maybach, this modified, “fully custom” Mercedes-Benz Metris has the ultra-luxury sub-brand’s emblems instead of the traditional star, along with a ‘few’ other changes.

Those include the Chalk Gray attire, which is present everywhere, including on parts that are traditionally adorned with black plastics. Not to mention the matching AG Luxury Wheels set or the dark Frosted Glass specification. Naturally, this van is like a true limousine, with partition glass, powered sliding doors, and just six places inside, including two of the captain’s chair variety.

There is no word on any technical specifications, unfortunately, so we have no idea how fast those 2k miles written on the odometer were achieved, but it probably does not matter too much in the upcoming grand scheme of partying, right? 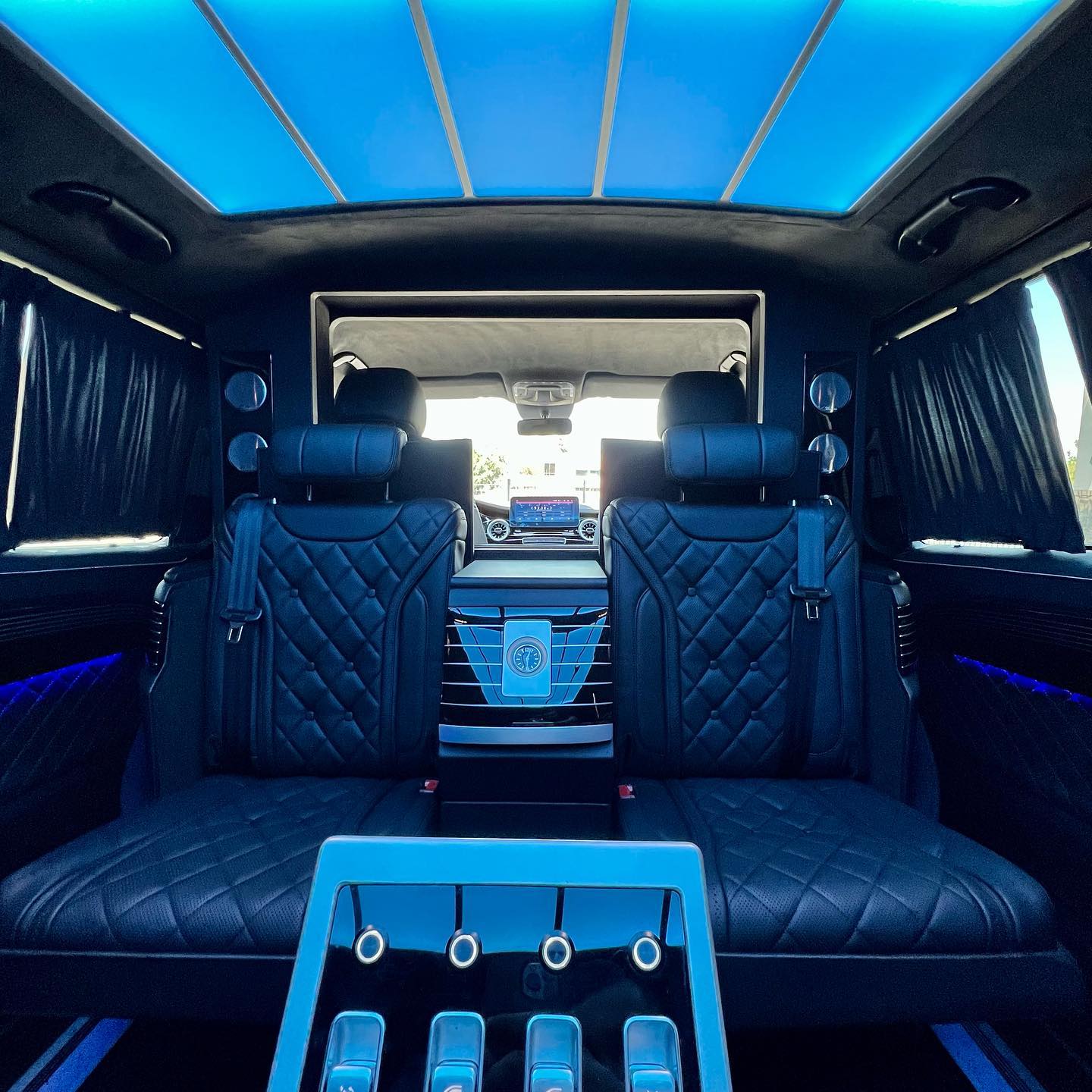