If you need a car fit for a king, then check out this 1970 Mercedes-Benz 600 Pullman limousine. King Idris of Libya originally ordered the car, but it was the same year that Muammar Gaddafi led the overthrow of the government, King Idris probably didn't put many miles on his new ride. The ultra-luxurious Mercedes is now for sale in Portland, Oregon, with an asking price of $495,000.

The car is also a movie star after making an appearance in season three of Amazon series "The Man in the High Castle."

The 600 Pullman's exterior styling is boxy but very imposing. Inside, there's plenty of room, including a rear area with facing seats. It looks like a very comfortable place to take a trip or flee a government coup.

The 600 Pullman was the ultimate Mercedes at the time and offered opulence to rival even the best from Rolls-Royce. Power comes from a 6.3-liter V8 producing 250 horsepower that runs through a four-speed automatic gearbox. The models were famous for their complex hydraulic system that handled the operation of the power windows, power seats, sunroof, and other adjustments.

According to the seller, the car underwent a fully-documented restoration, including replacing or rebuilding all of the mechanical components. The machine still wears the factory combination of black exterior paint and bamboo-colored leather upholstery. There are only 21,748 miles (35,000 kilometers) on this classic Mercedes  from new, including just 186 miles (300 kilometers) since the restoration. 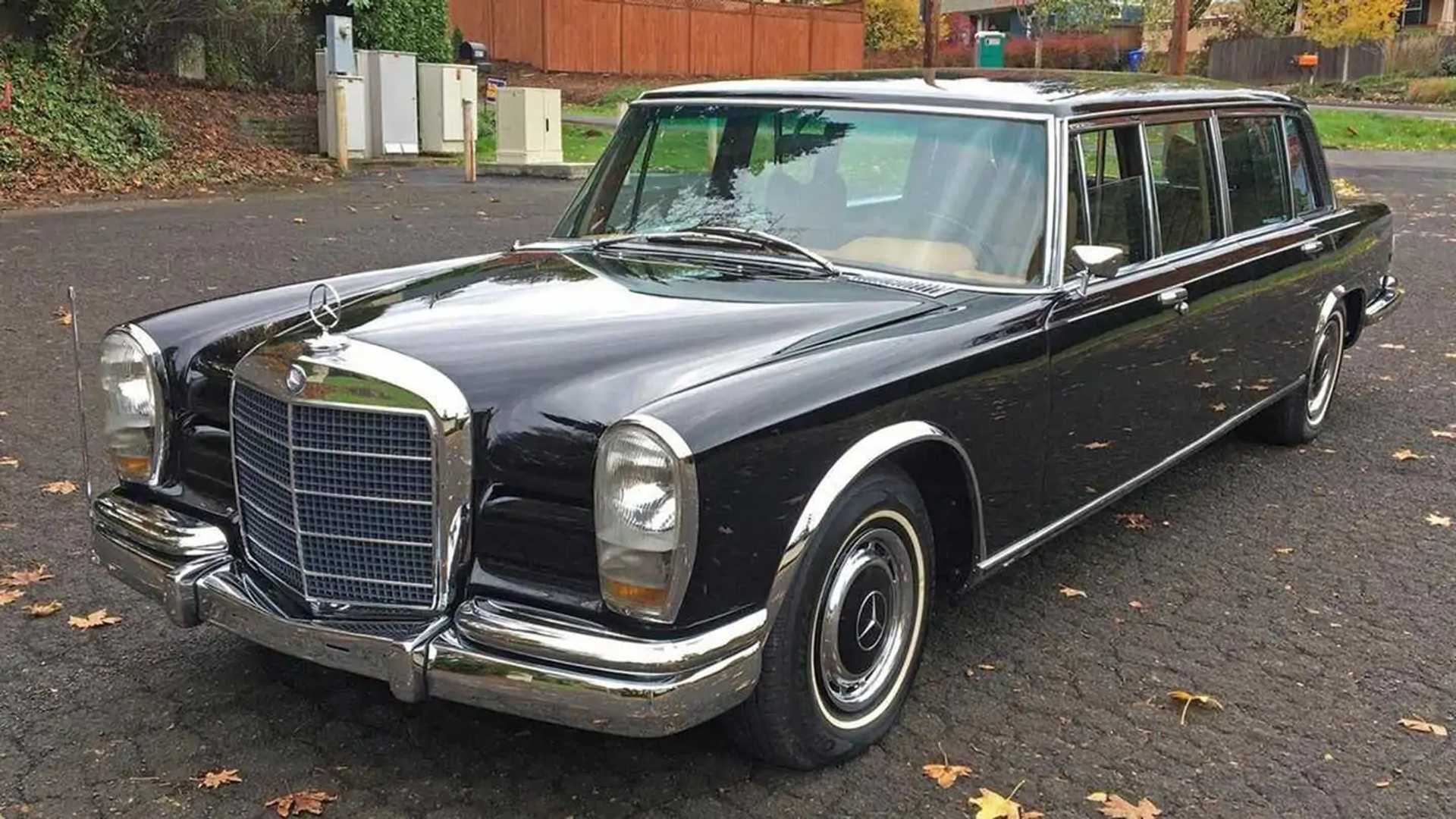