In 2019, Aston Martin and Brough Superior partnered to launch the AMG 001 at the Milan Motorcycle Show, a limited-produced track bike. The two returned to this year's show with a new bike to reveal, launching the AMB 001 Pro, a more potent successor to the original. It also has a few other design tweaks that improve its performance.

The new motorcycle is a track-only superbike. Aston Martin and Brough Superior increased the output by 25 percent, giving it 225 horsepower (165 kilowatts). The increase in power gives the bike a power-to-weight ratio of 1.28 horsepower-per-kilogram, similar to that of a Formula 1 car. The AMB 001 Pro features a new 997-cc engine machined from solid billet aluminum, which increases the engine's structural stiffness. New wet cylinder liners improve the engine's cooling capabilities.

The bike builds off of its predecessor, with the AMB 001 Pro featuring a front cowl now attached to the bodywork. This helps deflect air over the rider, with the airflow entering the large intake at the front, flowing through the cowl, and the windshield deflecting it. The Pro also features a front spoiler, side wings, and rear aero stabilizers to help keep it planted on the asphalt.

Aston Martin will offer the bike in just one spec with a racing livery that combines its Verdant Jade color with satin-finished carbon fiber, a black engine, and black suspension components. It will also come adorned with the automaker's lacewing badge that's 99.7 percent lighter than its enamel one. It's 30 percent thinner than human hair, and Aston will put it on the bike's nose cowl and tank. Aston designed the lightweight badge for the Valkyrie, which inspired the new bike.

Aston did not provide any pricing information for the motorcycles, but not like that matters. The company has already taken initial orders for the AMB 001 Pro, so you have likely already missed your opportunity to buy one. The company plans to produce just 88 examples, 12 fewer than its first bike. Brough Superior will build them in its Toulouse, France, factory, with the first deliveries commencing in Q4 of 2023. 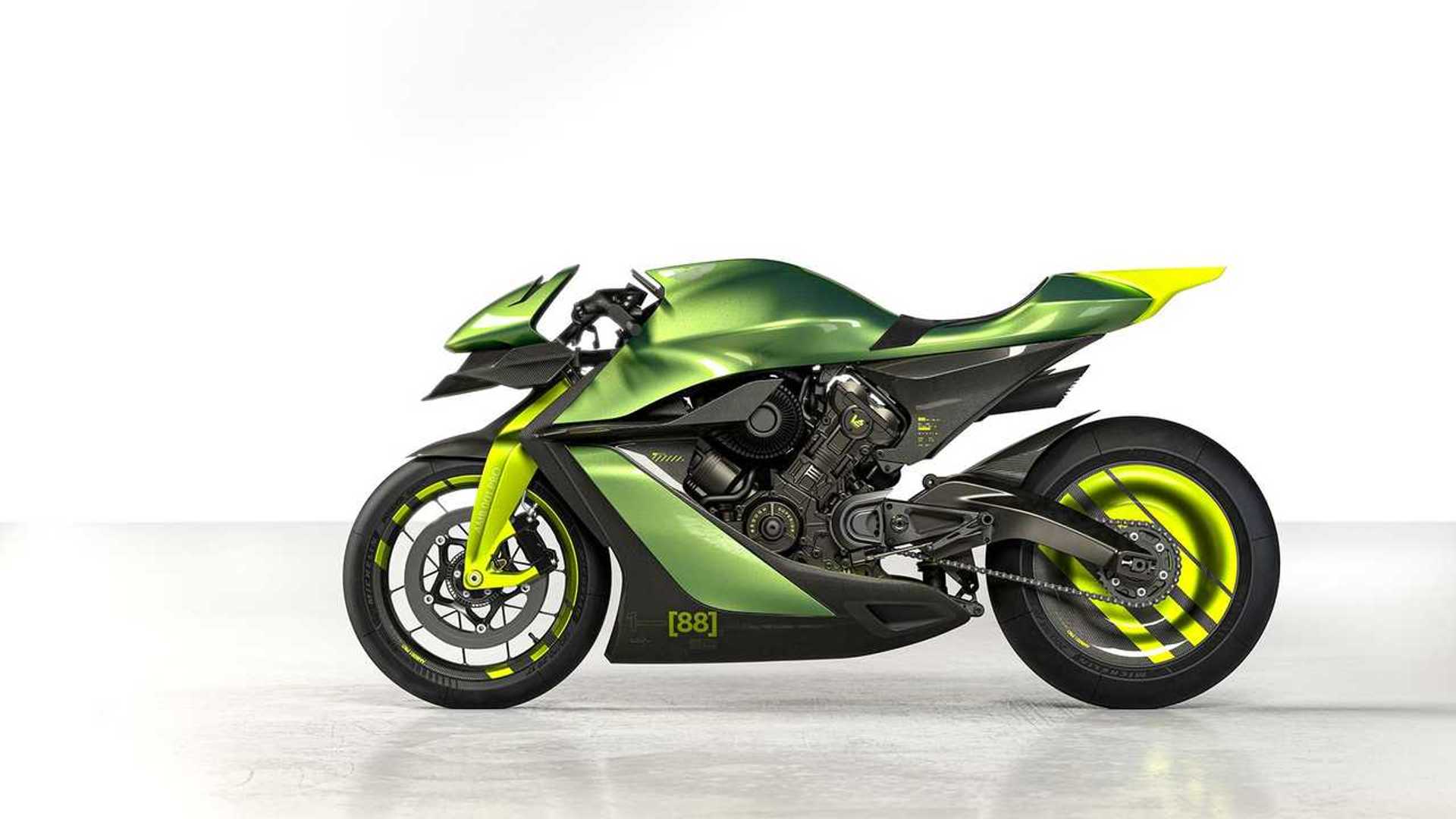 Related News
1946 Harley-Davidson Wl Puts On Red And Black Warpaint17 April 2020
Is Harley Bringing Back The Nightster As A Custom 1250 Variant?14 March 2021
Spotted: Bmw R 1300 Gs Wants To Make 13 Its Luckiest Number Yet1 July 2021
Harley-Davidson Breakout Shines Pure In All The Right Shades Of Black27 September 2022
2023 Yamaha Tracer 9 Gt+ Sport Packs So Much Tech It Shames The Competition8 November 2022