bikemotorcycleYamahaYamaha Tracer 9 GT+ Sport
When launching a new product, every car and bike maker out there uses the biggest and most pompous words available to describe it.

So does Yamaha with the “most sophisticated Sport Tourer ever manufactured by the company,” the new Tracer 9 GT+ Sport, announced on Monday together with a bunch of refreshed models.

The GT+ joins an already successful range, only it does so with such a series of first and tons of new equipment that the competition should feel both ashamed and scared. But let’s start with the standard stuff.

The bike is powered by an 890cc CP3 engine tucked away inside an aluminum chassis. From the existing range, the bike also carries over stuff like the 10-level adjustable windscreen, full LED lights, and center stand, among others.

A dozen brand-new systems and pieces of hardware have made it onto the bike though, warranting the use of the big words we mentioned earlier. The least important, in some respects, are the new riding modes, handlebar switch clusters, or USB A outlet.

Suitable for the flagship model, the bike also comes with the “motorcycling world’s first ever radar-linked" Unified Brake System (UBS). Just like the ACC, it takes its data from a millimeter wave radar (also new) and it “assists and regulates front and rear braking forces.”

The connection between rider and machine is ensured by a new 7-inch TFT screen, while the connection to the world is made through a new smartphone connectivity system. New Garmin full-screen navigation is also on deck.

The 2023 Yamaha Tracer 9 GT+ will be made available in January of next year for yet undisclosed prices and in two new exterior colors, Icon Performance and Power Grey. Until it reaches dealerships’ shelves, you can enjoyed it in the attached gallery and video. Full specs are available in the press release section. 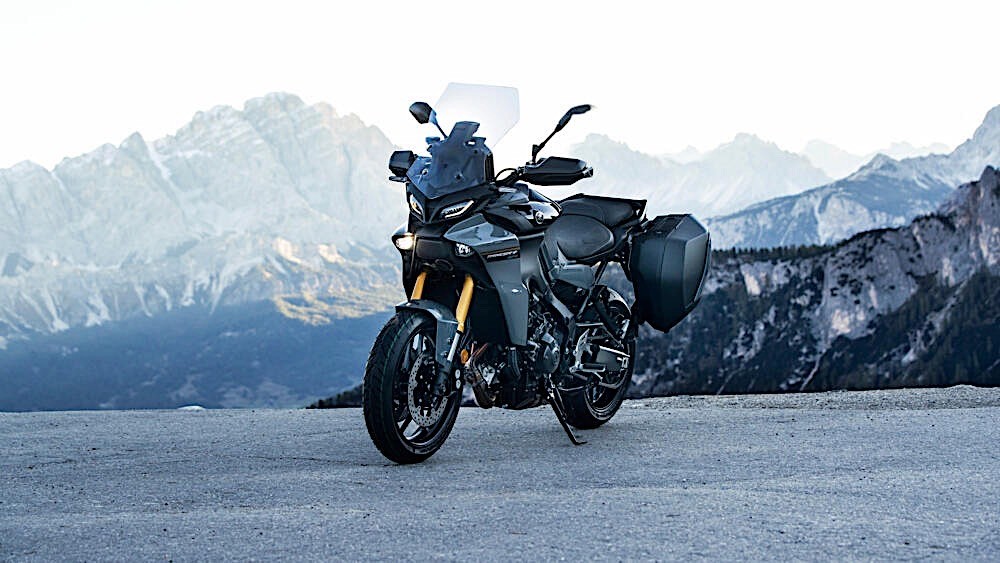