mercedesMercedes A-Classspy-shots
Steel wheels on a Mercedes? We haven't seen those in a while.

It's safe to say we have seen our fair share of spy shots with the Mercedes A-Class this year and as we are approaching the hatchback's launch in 2018, the camouflage is beginning to drop. Seen here are a couple of prototypes wearing only a thin strip of disguise on what seem to be the production bodies. Both were riding on steel wheels, which are likely to be offered only the entry-level version in some markets where Mercedes will want to lower the starting price as much as possible to lure in budget-conscious buyers eager to own a premium car.

Slightly longer and significantly wider than its predecessor, the next A-Class (W178) will have a design already previewed by the Concept A Sedan. You can clearly see the similarities between the two by looking at the sharp headlights slimmer than those of the outgoing model. Mercedes fans will also notice the side mirrors are no longer located right next to the A-pillars as these have been lowered onto the door panels.

There's still plenty of disguise at the back, but even so we can check out the wider taillights that seem to extend onto the tailgate to make the A-Class seem bigger than it actually is. Unsurprisingly, the dual exhaust tips are neatly integrated into the bumper, but if you look closer at the black prototype (pictured below), you will notice these are unfortunately fake. The real exhaust is located on the left side of the bumper and it's pointed toward the road.

It's not actually that big of a surprise as this controversial trend has hit bigger and far more expensive cars. Maybe things will be different with the A45 range topper, or at least with the even hotter version currently known as "Predator" and rumored to adopt a hybrid powertrain with well over the already confirmed 400-ish horsepower the regular A45 will deliver.

Photos of the interior are not available in this set, but previous A-Class prototypes have been caught on camera with a revamped dashboard featuring a fully digital instrument cluster. The dual display layout was derived from the fancier Mercedes models, but with smaller screens. Expect a roomier cabin as a result of the increased footprint and better packaging brought by the second generation of the company's MFA platform. If you're willing to move to China, you will get to enjoy more rear legroom as an A-Class Long Wheelbase will be out in 2018 and it seems unlikely it will be available elsewhere.

According to a recent report, the regular A-Class hatchback will premiere in March 2018 at the Geneva Motor Show and will be followed later the same year by the U.S.-bound A-Class Sedan. 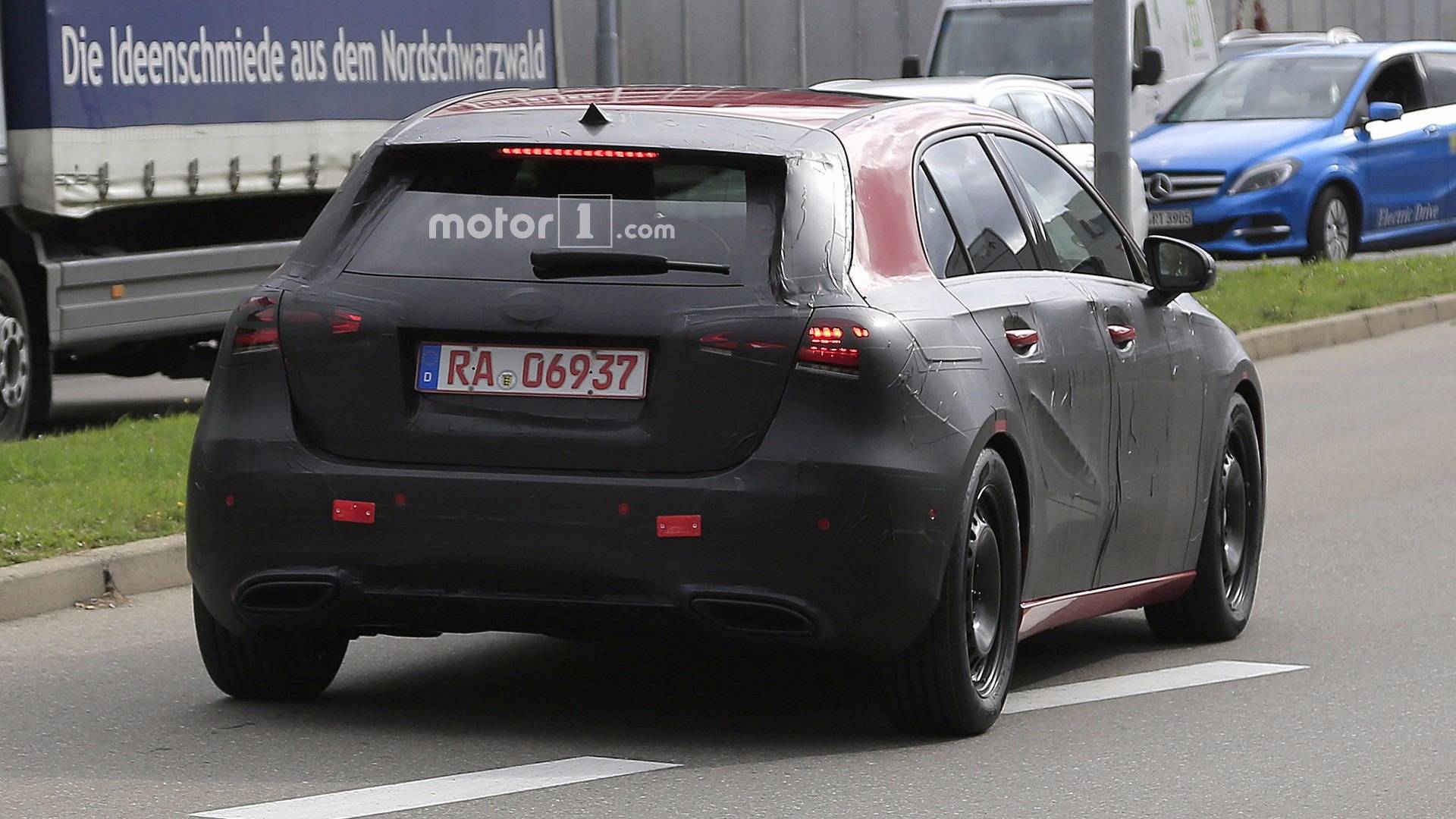