Mercedes has gone back to the drawing board with the A-Class' interior as the W177 model due to go on sale in 2018 is going to have an entirely different cabin compared to the current model. The first change you will probably observe is the dual display layout derived from the more expensive model of the range, but the screens will stick out rather than being fully incorporated into the dashboard like they are on the E-Class, for example.

Of course, the attached images are showing the top-of-the-range A-Class, complete with a pair of 12.3-inch wide displays. The base model will use a dual 7-inch setup whereas the midrange version is going to have a 7-inch instrument cluster and a 12.3-inch infotainment system. Blue and yellow are only two out of a total of 64 ambient LED lighting colors the new generation will be available with, thus representing a major increase from the current gen's 12 hues.

If the steering wheel looks familiar, it's because it has been sourced from the S-Class to enable Mercedes' entry-level model to send out a premium vibe. It's just about the same story with those nifty turbine-style air vents as these look similar to those of the E-Class Coupe and Cabriolet.

Moving on to the multicontour seats, Mercedes points out these are usually seen in models from higher segments. Not only that, but the 2018 A-Class will be the first car in the compact segment to boast seats that have been developed using computer-based comfort simulation. Buyers will get to pick from a total of three different front seats, with the comfort seats featuring as many as 20 adjustments while the sporty ones with built-in headrests are going to be offered on certain versions.

As standard, the fourth-generation A-Class will come equipped with 60:40-split rear seats and at an additional cost it will receive a more practical 40:20:40-split configuration. An optional Load Compartment Package will enable the possibility of being able to position the rear seat backrest in a more upright position to increase the trunk's cargo capacity.

Speaking of which, the volume behind the rear seats has increased by 29 liters to 370 liters compared to the outgoing A-Class. In addition, the loading aperture will be 20 centimeters (7.9 inches) wider and the trunk's floor will be extended by 11.5 cm (4.5 in.) There will also be more room for the passengers, as shoulder room, elbow room, and headroom will increase for both front and rear passengers.

Mercedes also made efforts to boost all-round visibility by slimming down the A-, B-, and C-pillars to reduce the obscured area by 10 percent, also helped by the fact the mirrors have been moved on the door's outer panel instead of sitting next to the A-pillar like they do on the current model.

A full reveal is set to take place sometime in 2018 and the five-door hatchback will be shortly followed by a first-ever four-door sedan. 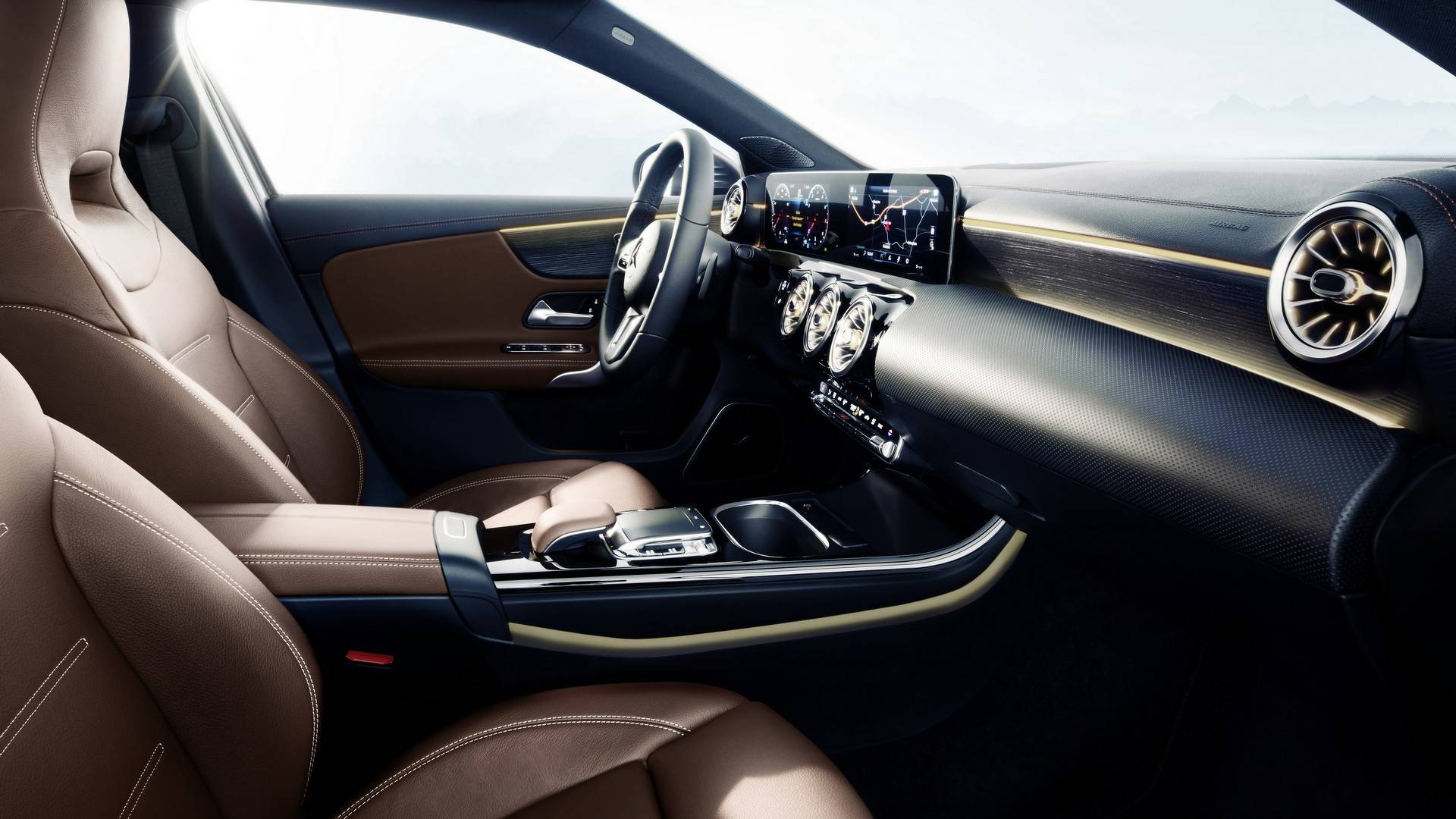