mercedesMercedes GLC
It looks like the new C-Class interior.

The next-generation Mercedes GLC should debut in 2022 before it goes on sale for 2023. However, we don’t know when Mercedes will reveal the redesigned crossover, and we don’t expect it to happen anytime soon based on the latest spy shots. The crossover continues to wear a full-body wrap; however, these pictures provide the best look yet at the interior. But there are no real surprises.

We caught a glimpse of the GLC’s new interior earlier this year that looked quite similar to the interior found in the new C-Class, which takes inspiration from the larger and more luxurious S-Class. These new photos corroborate those earlier shots, providing a broader view of the interior that reveals the new instrument cluster display and the angled, in-dash infotainment screen. Mercedes covers the rest of the interior – the dash and doors – in black cloth.

The crossover’s camouflage continues to hide the GLC’s new design, though we don’t expect Mercedes designers to stray too far from the current styling. The model appears to be larger than the one it will replace, though we’ll need to look at its spec sheet to confirm any differences. However, a larger footprint would mean increased cabin and cargo space for the model, which competes in a challenging and crowded segment. It should also arrive packed with the latest safety tech and luxury amenities.

The new GLC will ride on Mercedes’ Modular Rear Architecture, which also underpins the new C-Class. The two will likely share their powertrains, as well, and we should expect a higher-performance AMG variant. However, like the C-Class lineup, we expect the GLC to get a slew of four-cylinder engine options, even for the high-performance models. The regular GLC should debut first, with the hotter AMG variants breaking cover later. Expect a redesigned GLC Coupe, too. 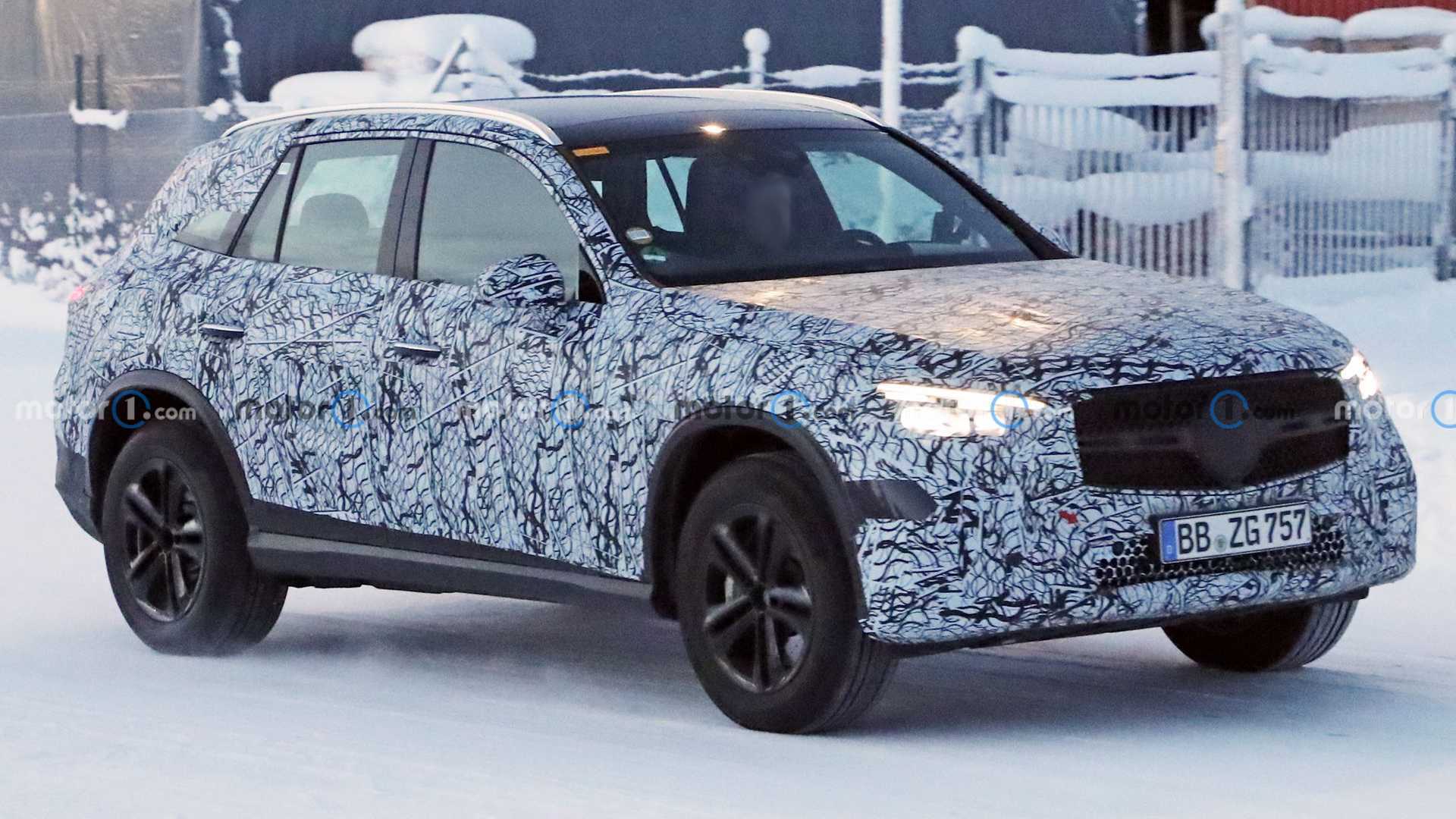