The 2023 BMW M2 is Bavaria’s new entry-level performance car, which has received mixed reactions from fans and journalists since its debut earlier this month. Everyone is happy with the output numbers but not everyone likes the design of the sports coupe. Manhart takes things to the next level by offering an even more polarizing look for the new M2 in combination with more power from the 3.0-liter inline-six engine.

Let’s start with the subjective – the look. Manhart’s M2 receives a full carbon fiber aerodynamic package that is anything but subtle. It includes a front bumper lip, a rear fixed spoiler, side skirts, additional gills on the front and rear bumpers, and a rear bumper diffuser with a center light positioned between the tailpipes. Completing the upgraded exterior is a set of Manhart Concave One wheels in matte black color with a golden pinstripe.

A similar design accent can be seen on the hood, roof, doors, and bumpers with a black main hue and golden stripes matching the wheels. The tuning company believes that this new color combo “draws all the attention away from the highly discussed front and rear design.” We’d like to know whether this philosophy works for you or not – let us know in the comments section below this article.

Under the hood, the new M2 uses a version of BMW’s 3.0-liter inline-six twin-turbo engine known as the S58. Manhart modifies this mill to deliver 560 horsepower (412 kilowatts) and 479 pound-feet (650 Newton-meters) of torque thanks to software tweaks and a new stainless steel exhaust system with valve control. Optionally, depending on the market, Manhart also offers a particulate filter delete with new pipes and catalytic converters.

Know as the MH2 560, Manhart’s modified M2 also comes with an upgraded suspension available in two versions – full coilover suspension and lowering springs. From the two released initial renderings, the tuner’s M2 appears to be sitting slightly lower to the ground but there’s no available information regarding the parameters of the modified stance. 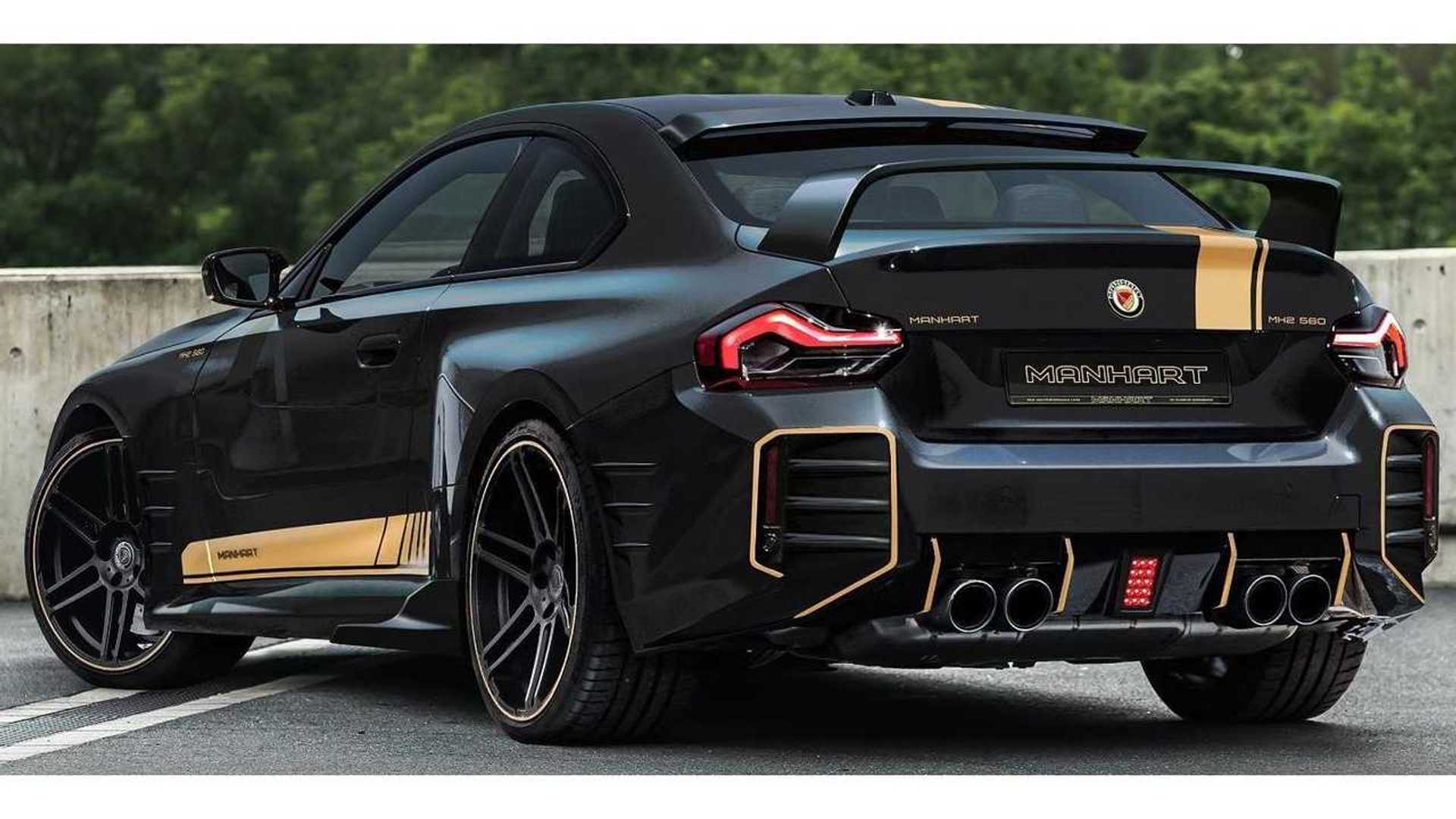