There's a new Volkswagen Transporter around the corner but it won't debut until the first months of next year. Until then, the current T6.1 will remain the brand's largest passenger vehicle on sale, and while it's definitely not the most exciting of the lineup, it still grabs the attention of some tuning companies. For instance, the example you'll see in the gallery below has been modified by Star Performance.

The tuners worked on the 2.0-liter turbocharged gasoline engine under the hood, which in stock form delivers 204 horsepower (152 kilowatts) and 258 pound-feet (350 Newton-meters) of torque. Thanks to an upgraded turbocharger, new downpipes, and optimized software, the four-cylinder mill now pushes out 306 hp (228 kW) and 332 lb-ft (450 Nm) of torque.

To better handle the increased power, the software of the dual-clutch automatic gearbox of the minibus has also been modified and now has optimized gear shift times. The Transporter rides on an upgraded KW Variant 3 coilover suspension and massive 255/35 tires wrapped around new 20-inch wheels hiding red brake calipers.

To match the increased oomph, Star Performance has also given the T6 minor exterior tweaks which complement the already dynamic appearance of the model. One of our favorite touches is the addition of small and stylish Bulli badges right below the side mirrors.

This is not the first heavily modified Transporter Multivan we've seen as back in December 2018 a Porsche 911 Turbo-powered model was presented. With 580 hp (432 kW) thanks to 911 GT2 turbos, it is significantly more powerful than Start Performance's T6. 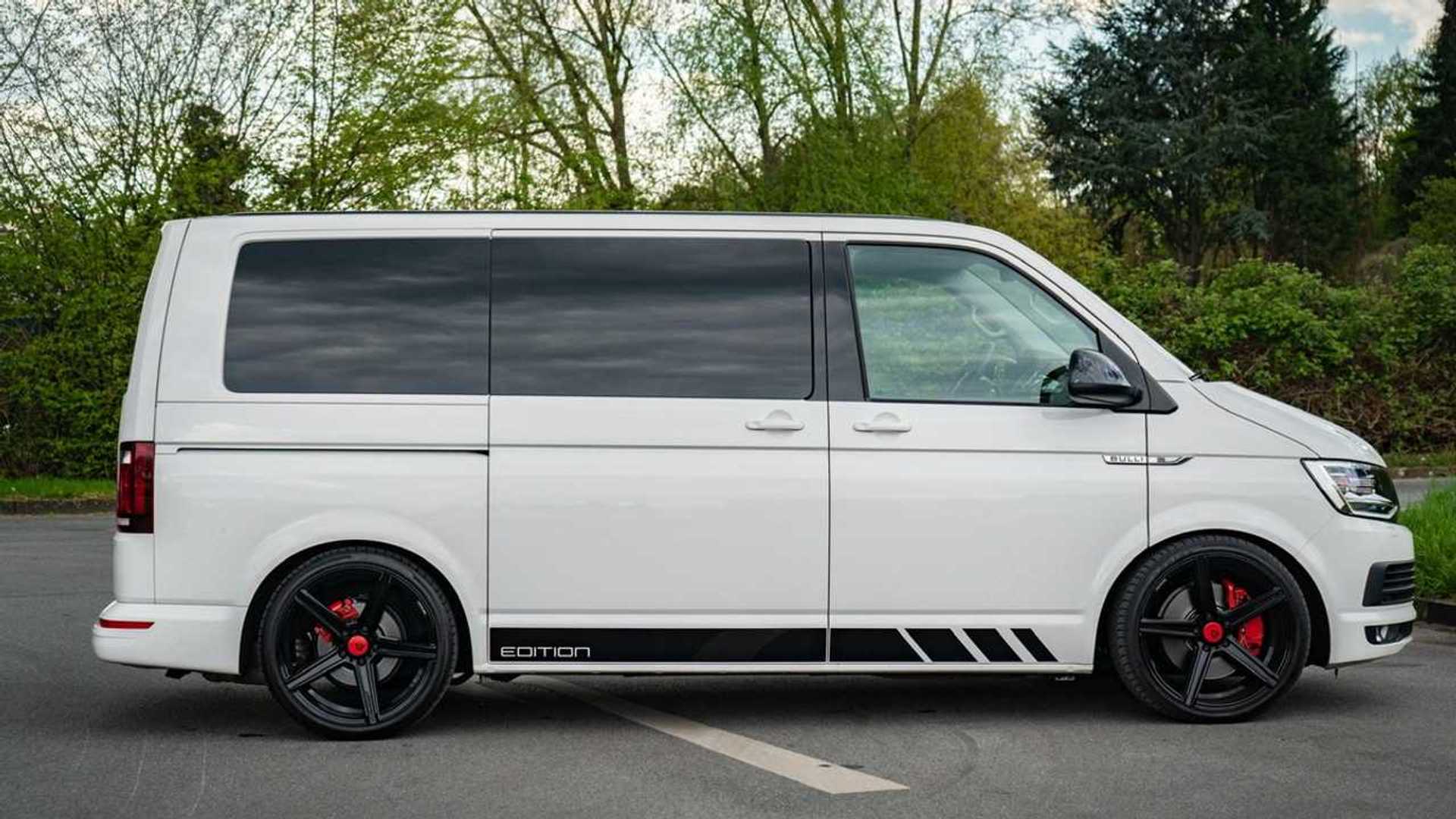 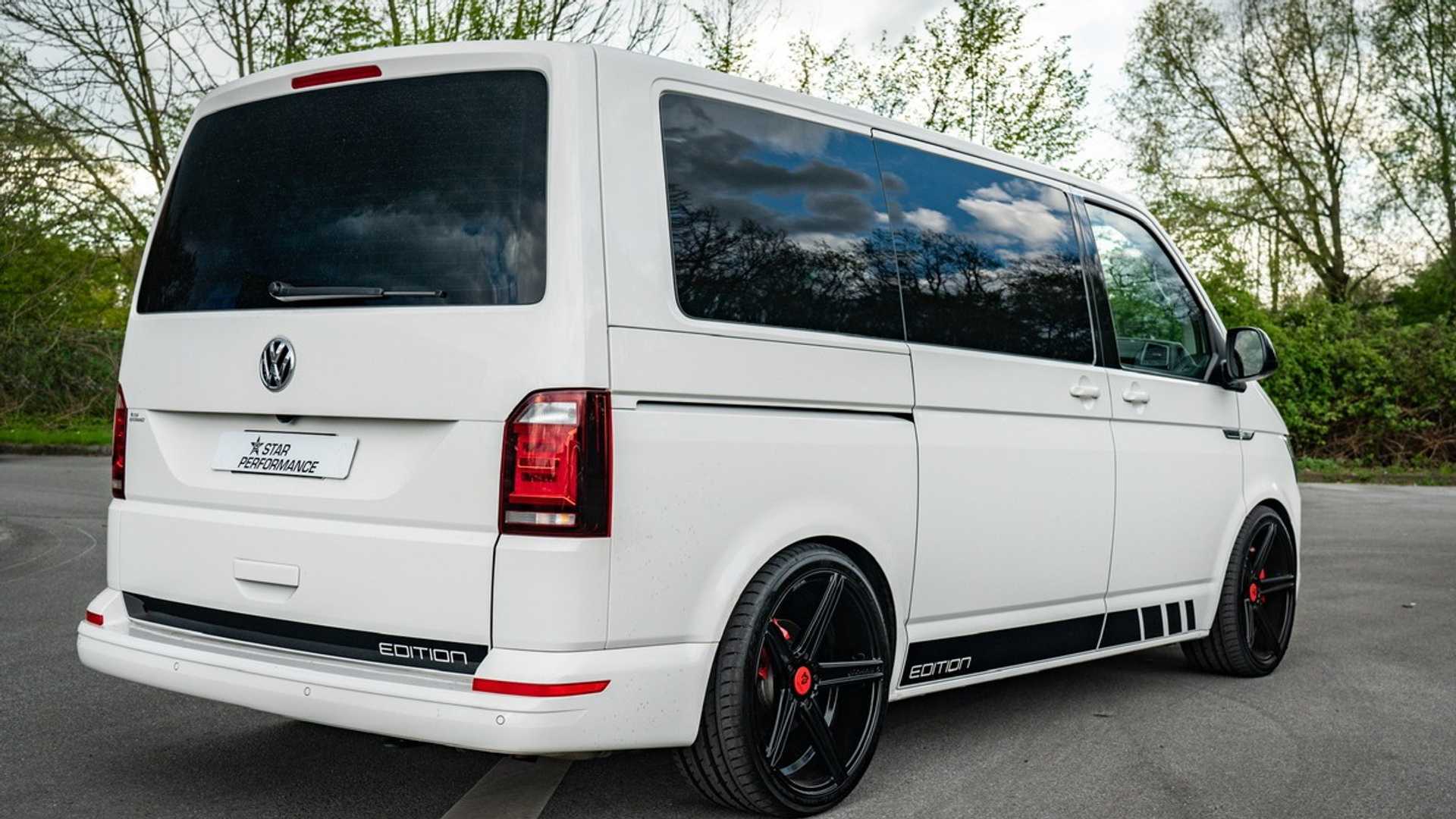