mercedesMercedes-AMGMercedes-AMG GT Black Series
In other news, someone is trying to sell a build slot for nearly $50,000.

The most exciting product to carry the three-pointed star earmarked for a 2020 release is without a shadow of a doubt the much-awaited return of the Black Series. It's been spotted countlessly testing at the Nürburgring and more recently in a winter wonderland in northern Europe. Mercedes has been relatively coy on details about the SLS AMG Black Series' spiritual successor, but a report attempts to shed light on the juicy power figures.

According to South African magazine Double Apex, the new flagship performance model from Mercedes (outside of the One hypercar) will offer an enormous 530 kW, which would translate to 711 horsepower. The torque generated by its twin-turbo V8 engine is expected to stand at 800 Newton-meters (590 pound-feet). If the report is to be believed, it means the Black Series will offer an extra 134 hp and 100 Nm (74 lb-ft) over the AMG GT R.

The report goes on to mention the V8 will be linked to a dual-clutch automatic transmission sending all that power to the rear wheels to enable some amazing performance. The new Black is said to do 0-62 mph (0-100 km/h) in less than three seconds and top out at more than 200 mph (320 km/h). It will achieve these numbers thanks to a new development of the V8, which AMG boss Tobias Moers said is unlike any other engine Affalterbach has worked on before.

Considering the aforementioned SLS AMG Black Series lost 154 pounds (70 kilograms) compared to the regular model, there's a pretty good chance the new Black will also go through a strict diet. Prototypes have also been showing some wild aero for a car Moers said won't have "much in common" with the GT R.

While some have referred to the new track-focused machine as the Mercedes-AMG GT R Black Series, the report mentions it will drop the "R." A high price tag and low production numbers are to be expected, and some folks are already trying to make a nice profit even before the supercar's big debut. An early build slot has appeared on Supercars for Sale and it'll set you back a cool €45,000 ($49,300) on top of the model's steep price tag, whatever that might be. It's certainly a lot more than the $200,645 Mercedes-AMG is asking for the GT R Pro. 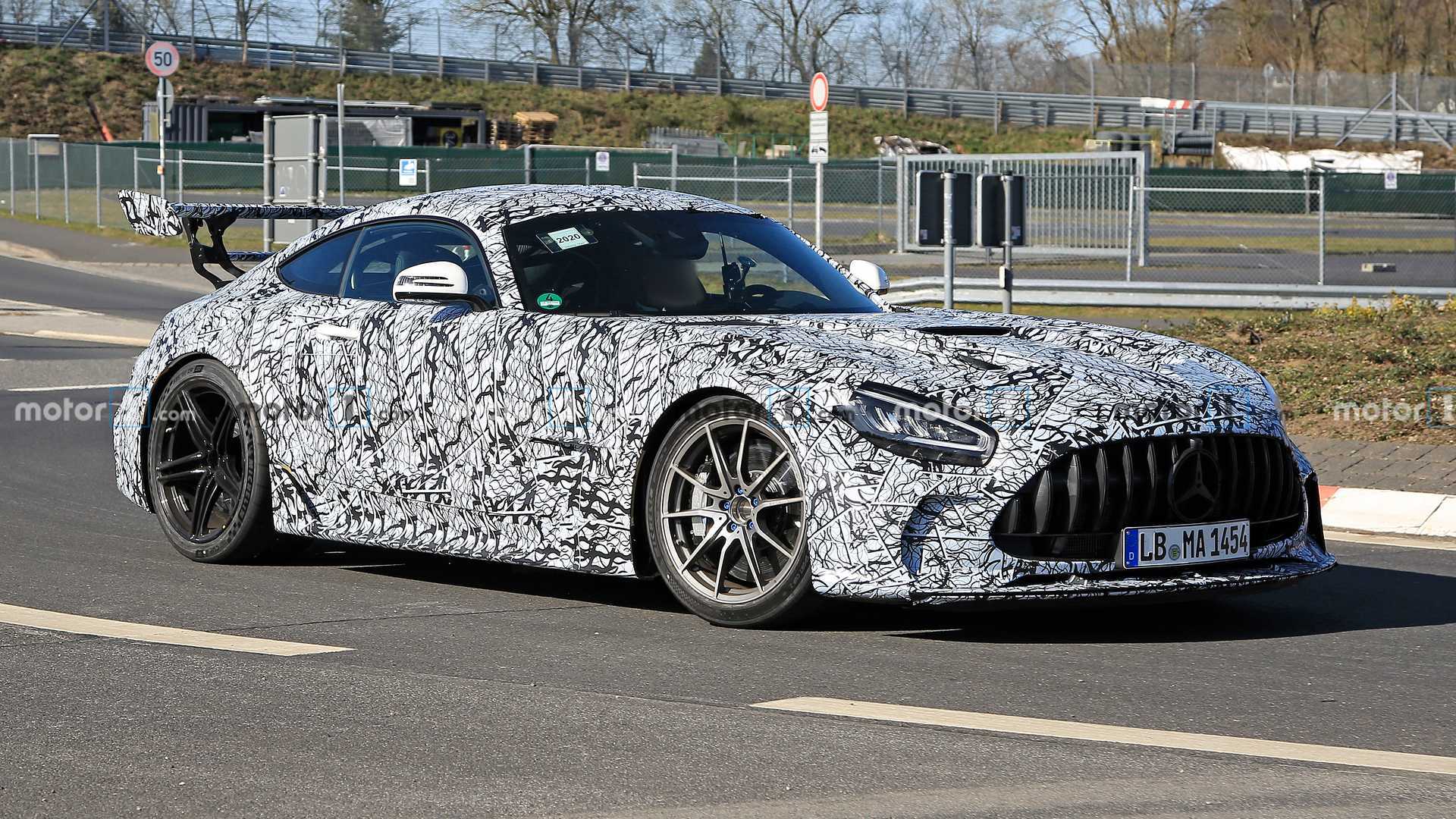