Mercedes-AMG C63 With V8 Gets High-Powered Sendoff From Manhart

Mercedes has revealed the next-generation AMG C63, and the turbocharged M177 V8 is gone. The automaker has opted for hybrid horsepower, pairing a turbo four-cylinder with an electric motor. But the V8 won’t go quietly into the night thanks to Manhart, which is launching the new CR 700 Last Edition.

Based on the V8-powered C63 AMG S, the car gets a massive performance boost thanks to Manhart’s upgrades. The model is available with the Manhart Turbo Performance Kit that upgrades the turbochargers and intercoolers, which are but two pieces to a larger puzzle.

The aftermarket specialist also adds its carbon intake and ECU map, taking the 510-horsepower (380-kilowatt) stock sedan to 712 hp (530 kW). The torque rating sees a similar jump, increasing from 516 pound-feet (700 Newton-meters) to 678 lb-ft (920 Nm). The Manhart-tuned Mercedes can sprint from 62 miles per hour (100 kilometers per hour) to 124 mph (200 kph) in 5.5 seconds, which the tuner claims is “an enormous improvement of several seconds” compared to the standard model.

The car also receives an upgraded exhaust, with Manhart’s Race and Sport downpipe exhaust systems available for export only. One lacks catalytic converters, while the other features 200-cell ones. Manhart adds unspecified upgrades to the transmission and installs height-adjustable H&R coil springs.

Twenty-inch wheels are standard, which Manhart offers with a custom finish. The wheels on the example above have a matte-black finish and gold rim accents. Another new design detail is the gloss black radiator grille finish.

Manhart’s high-powered C63 is a great sendoff for the car, and many enthusiasts might not like the next-gen’s downsizing. However, the 2024 AMG C63 will pack quite the punch, pairing petrol with electricity. The plug-in hybrid will produce 671 hp (500 kW) and 752 lb-ft (1,019 Nm) of torque, and all the power will send it to 60 mph (96 kph) in a claimed 3.3 seconds. That’s about 0.5 seconds quicker than its predecessor.

While the new C63 will have the performance figures to back up the switch to hybrid power, there’s little to replace the V8’s thunderous exhaust note. The Manhart CR700 Last Edition gives the engine a proper goodbye, but we’re excited to see what the tuner can do with a stock 671 hp. 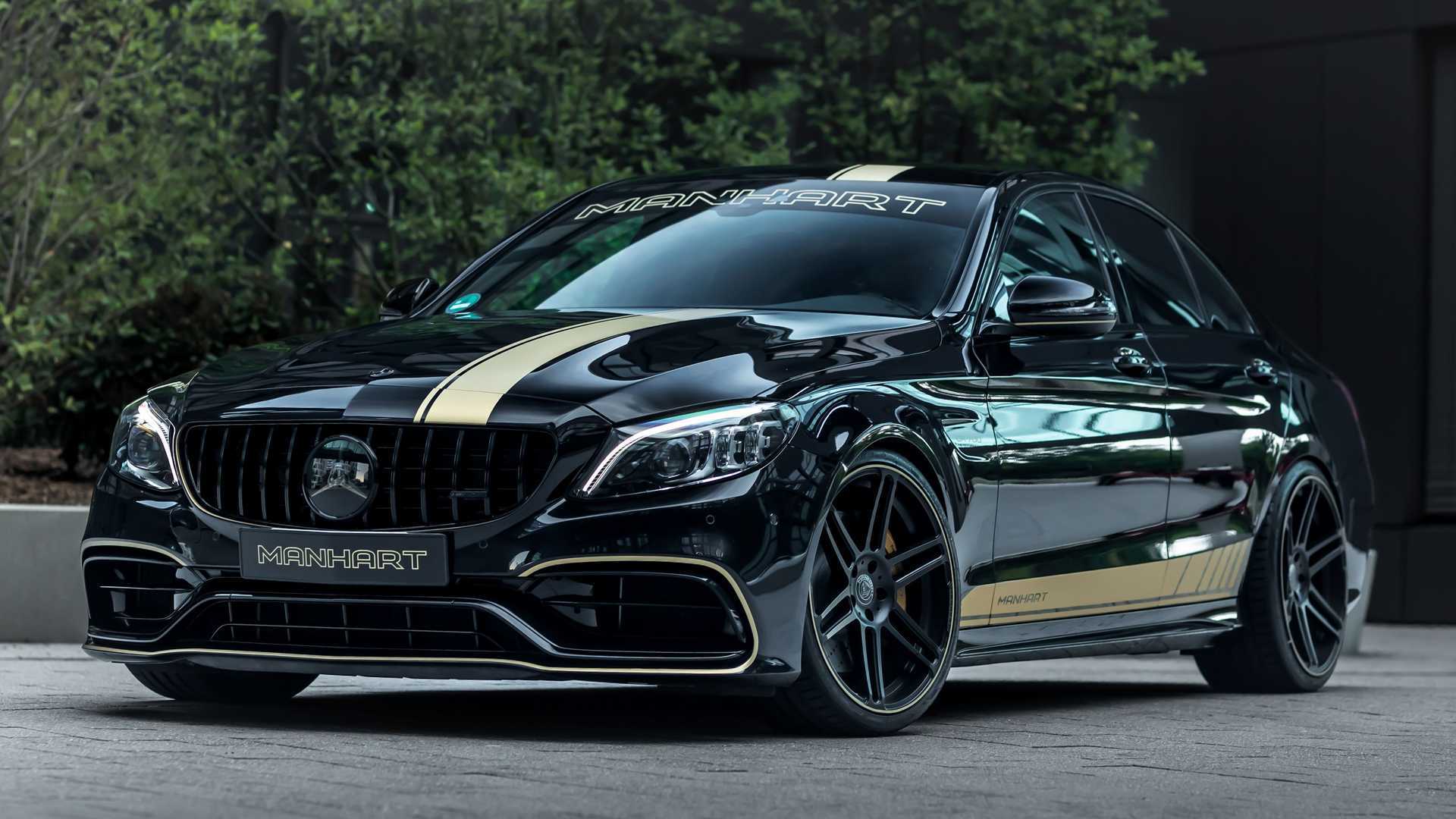 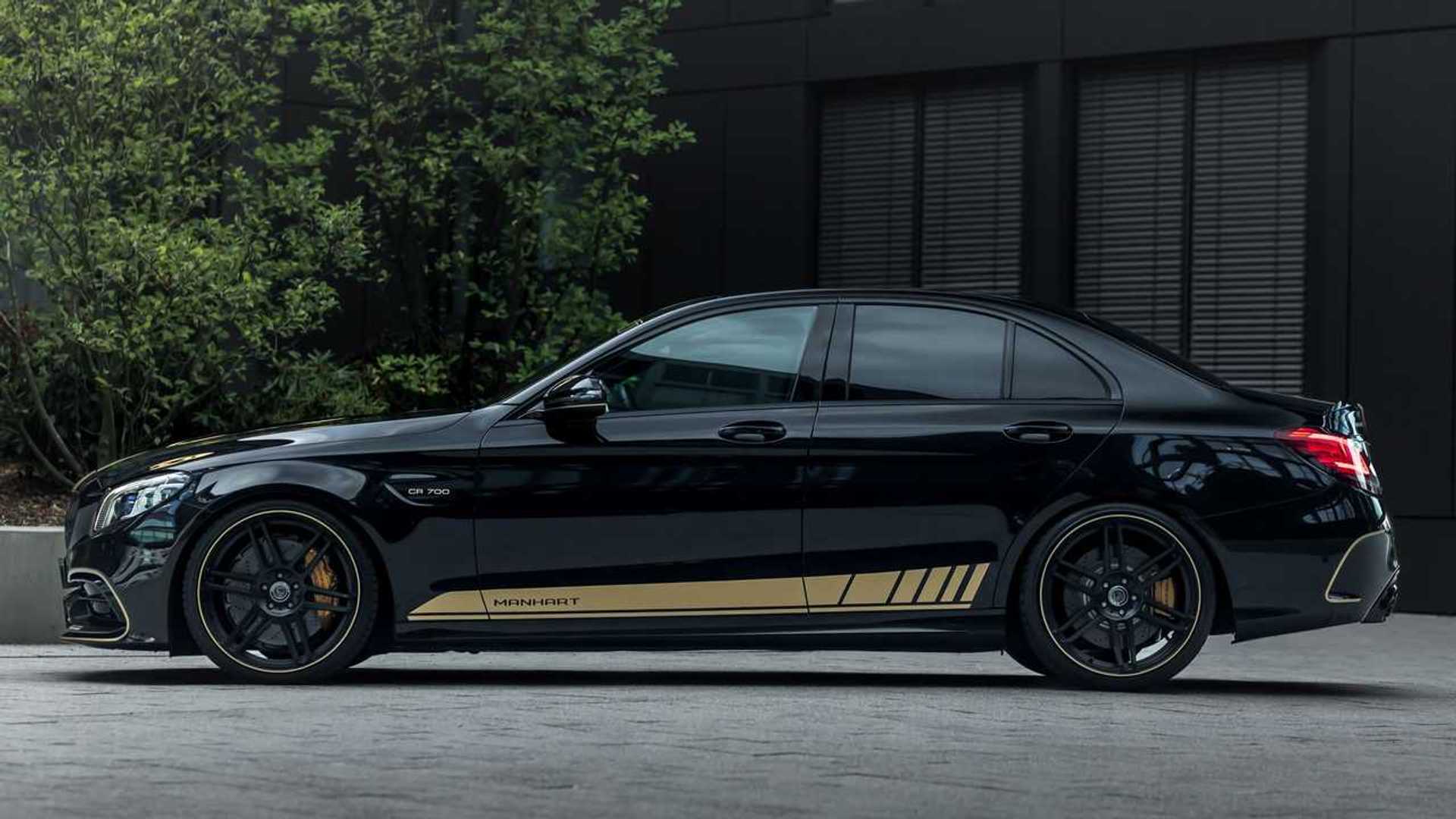 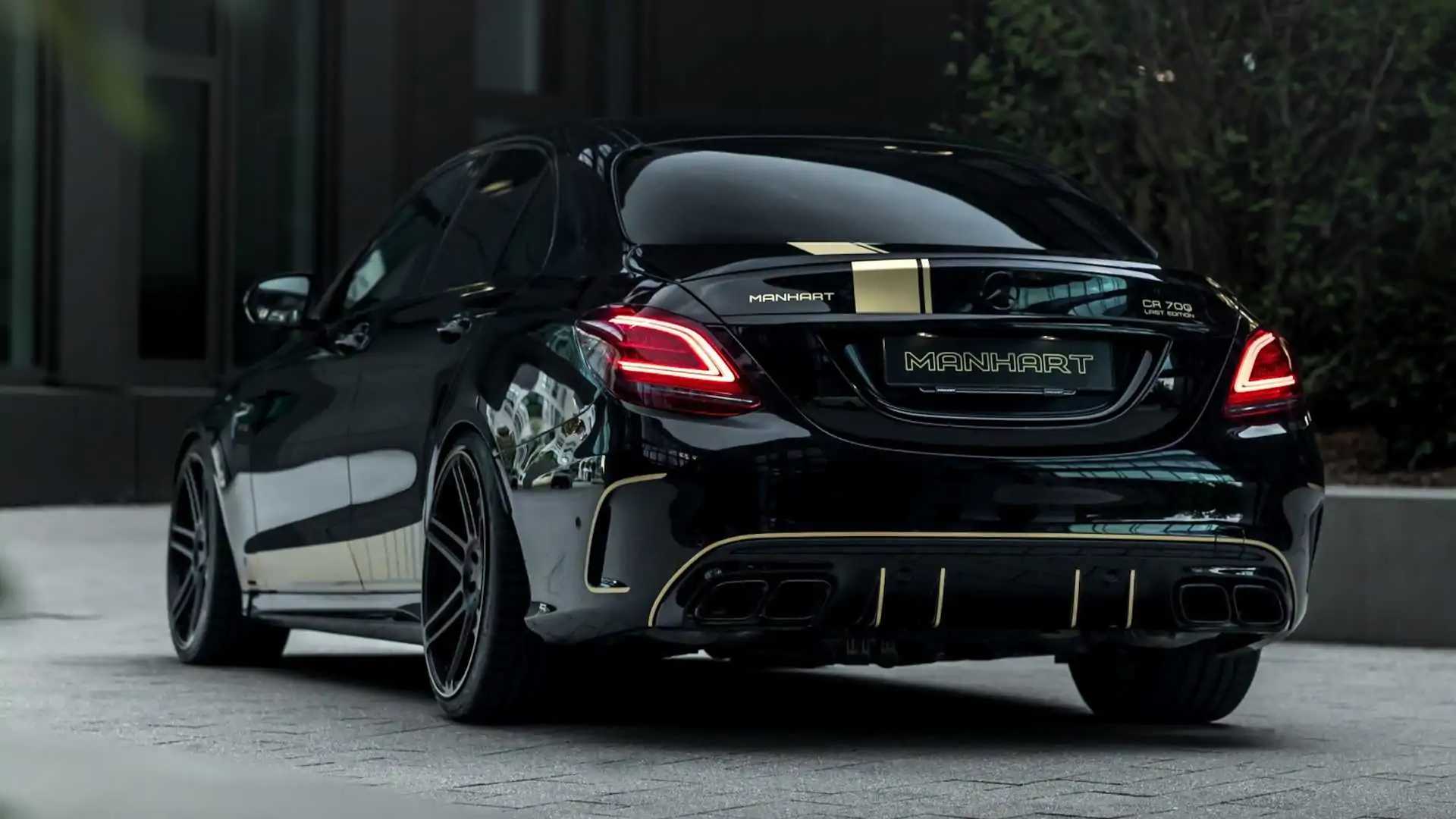