Bentley will launch the new Flying Spur Hybrid with a limited-edition model that features a number of special features developed from the EXP 100 concept car designed to showcase the brand’s commitment to new sustainable materials.

The recently revealed version of the four-door grand tourer follows the Bentayga Hybrid as the firm’s second plug-in model, and is a key step on the Crewe firm’s path to becoming an EV-only brand by 2030 as part of its Beyond 100 strategy.

The new Flying Spur Hybrid Odyssean Edition will be limited to around 300 units, and will effectively serve as the launch version of the new model. It will feature the standard powertrain from the new hybrid, with a 2.9-litre twin-turbocharged petrol V6 mated to a 134bhp electric motor for an output of 536bhp and 553lb ft, a 0-62mph time of 4.1sec, a top speed of 177mph and an EV-only range of around 25 miles.

The significant differences of the Odyssean Edition are found inside the car, with extensive use of new, sustainable materials, many of which were first seen on the EXP 100 GT that was produced in 2019 for the brand’s 100th anniversary. That concept was designed to showcase Bentley’s future as an electric and sustainable brand, and the use of materials from it in the Odyssean Edition is designed to showcase the early steps to realise that goal. That is echoed in the name, which refers to the Odyssey and is designed to mark the model as the first step on a long journey.

The materials include upholstery featuring tweed made from British wool, which has been switched into a bespoke yarn for Bentley. It is the first production use of the fabric in a vehicle, and showcases efforts the firm is making to use sustainable wool more widely, including development on a fabric made from a mix of wool and recycled polyester.

The dashboard is finished with an open pore Koa wood veneer, which in order to improve sustainability is finished with just three layers of lacquer, using 90% less lacquer than traditional high-gloss veneers. That also means the natural wood surface can be felt. Koa wood is sourced from sustainably managed forests in Hawaii, and Bentley says it plants three trees for every one it fells.

The interior will be offered in a special new hide called Autumn, with a choice of five designs. While some car firms are removing leather from their vehicles, Bentley will continue to offer it - and claims its use in the Odyssean Edition is part of the firm’s efforts to prove it can be sustainable and ethically sourced.

Bentley has joined the Leather Working Group, a trade body that sets standards for the ethical use of the material. It sources its leather from a single supplier in Italy, and uses advanced software and laser cutting tools to maximise the utilisation of each hide, with any leftover scraps sent for use elsewhere. The firm claims the long durability of leather helps make its use sustainable.

The seats also feature a new embroidery style featuring multiple colours threaded together to highlight the diamond stitching pattern in the seats.

The exterior features details including the 21in wheels, bumpers, light surrounds and side chrome elements finished in a new Pale Brodgar colour, with a recommended set of six colours to choose from - although buyers will be able to pick from any other paint the firm offers.

Pricing for the Flying Spur Hybrid Odyssean Edition has yet to be released, although it is anticipated to be slightly more than the expected £145,000 price of entry-level versions of the regular model.

A plug-in version of the Continental GT is set to follow the Flying Spur Hybrid at some stage to complete the electrification of the firm’s current range. Bentley is also working on its first bespoke EV, which is due around 2025. 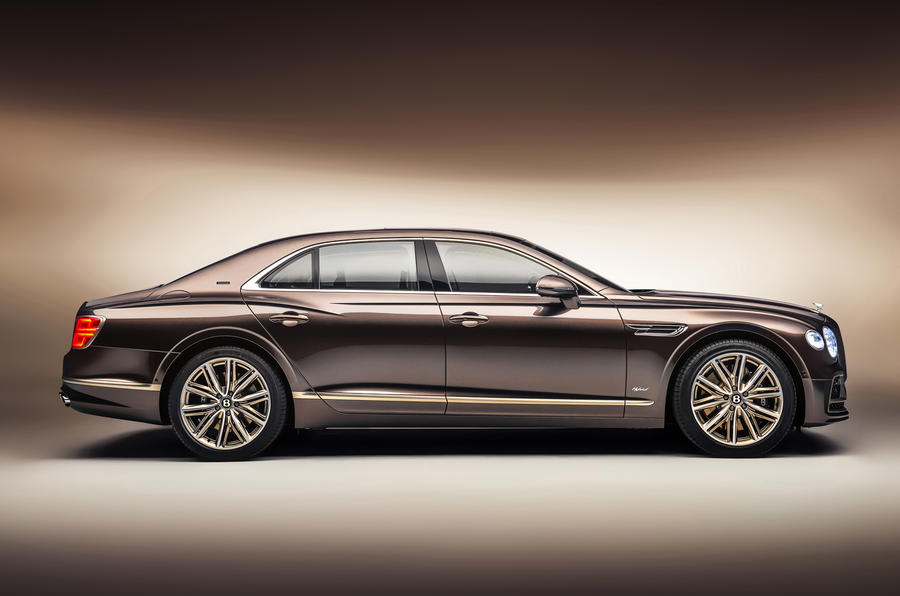 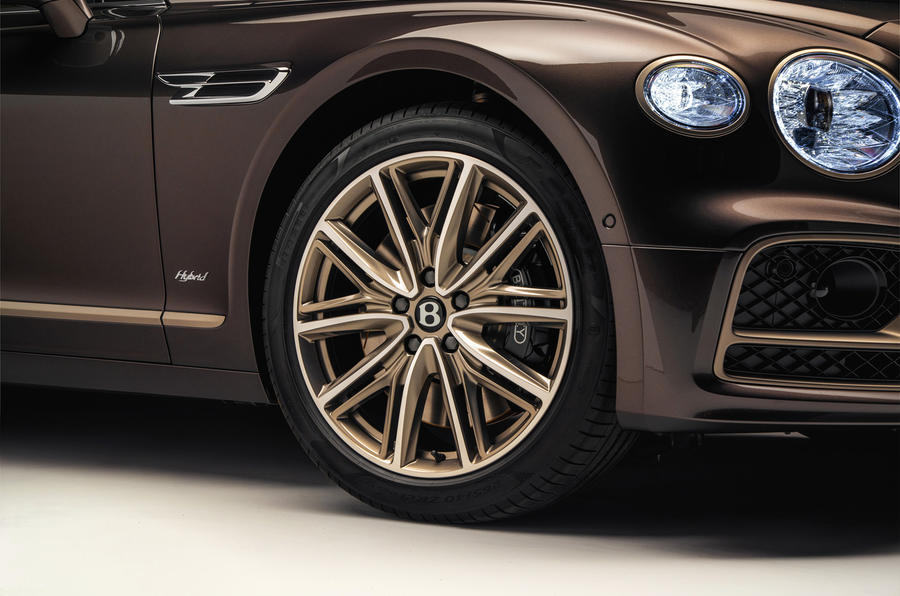 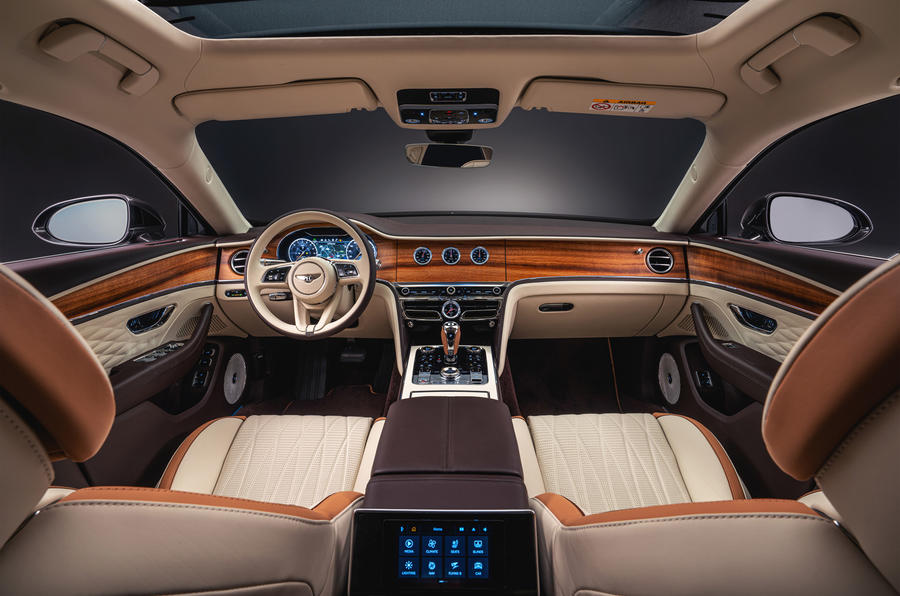