Back by popular demand: reinventing the Ford Capri

fordFord Capri
Even now, 34 years on, you don’t have to search far to find pockets of hardcore Ford lovers still outraged that a bunch of disconnected bosses in Dearborn killed the Capri. The name, the image, the affordable style – plus 1.9 million sales – should have kept a great car alive, they will argue to the grave.

Sadly, this enduring love for ‘the car you always promised yourself’, along with its steadily rising classic prices, obscure the fact that by 1986 the Ford Capri had run its race. Front-wheel drive was taking over, Ford dealers were having a great time selling XR3i hot hatches and the Capri’s secret weapon, a close under-skin relationship with Ford’s volume saloons, was disappearing. The decision to kill it was hard-nosed but right.

Here’s the irony. Today, the case for a new Ford Capri could be back on the table. At least according to Autocar and its readers, that is. Last year, in an ‘icons recreated’ feature, we proposed a different kind of Capri and the idea won warm approval. The model could come back as an electric coupé crossover, we argued, especially given the fact that Ford itself had recently argued that an effective way of introducing people to electrification was to apply new technology to iconic models. There's already a Mustang-influenced electric SUV on its way to dealerships, so why not a more compact European creation called Capri CC (for Coupé Crossover)?

Other arguments in favour of the all-electric, semi-sporting soft-roader include the fact that there is already a precedent – Opel-Vauxhall’s impressive GT X Experimental concept launched in 2018. And the idea gained further validity at the 2019 Geneva show when Kia unveiled its stunning Imagine concept.

The more we mulled this idea, the better we liked it. Egged on by your reaction, we decided to propose it as a project to the designers and engineers at Envisage Group, a Coventry-based car creation company we know of old: a couple of years ago, Envisage helped us create a family five-door concept we called Share EV, complete with package drawings, a resolved mechanical layout and powertrain, a bespoke suspension and a detailed interior proposal. This time, however, the name and purpose would be firmer at the start, but the process would be similar.

The job took three visits to Coventry over about six weeks: the first to outline the basics of the project (a compact, electrically powered two-plus-two coupé) and to meet Envisage’s designers and engineers; the second to review progress and discuss the design options early work would inevitably raise; and the third to view the finished design shown here.

Two of Envisage’s young design team – Michael Mills and Aadil Hafiz – we’ve met before because they worked on Share EV. The third, Jongbean ‘JB’ Kim, was new to us – as was Envisage’s engineering chief, Craig Bonham. He led the team that would ensure the car was big enough but not too big, propose its powertrain and suspension, and look after essential details such as the coupé crossover’s compatibility with the myriad rules that govern all new cars such as pedestrian protection detail, crash capability, headlight heights, vision and screen angles and much, much more.

Envisage’s mantra is that they can create a new car from initial idea to production. They’re also dab hands at recreating existing cars the old way, having been heavily involved in the hardware of Jaguar’s megabucks ‘continuation’ model projects such as the Lightweight E-Type and XKSS.

Until you get into the role of commissioning a new car, you’re not prepared for just how much guidance you’ll have to provide – do you like this grille/bonnet/screen/roofline/spoiler/exhaust instead of that one? And how about competing seat styles, console shapes, fascia designs, steering wheels, instrument bezels, gearlevers and all the rest? Even down to colours and textures. By the time of our second meeting, we had decided that the car would utilise familiar but modernised Capri styling influences and be similar in length to the 4.3-metre original, though shorter to the eye because it would ride around 15cm higher. It would also be up to 20cm wider to obey modern cockpit and styling dictates, as well as to accommodate the side-intrusion structures that have become mandatory since the original Capri was new. Our chosen wheels were ‘reasonable’ 20-inchers (the designers predictably wanted them bigger but the engineers laid down the law on grounds of easy steering).

Controversially for an electric car, this would be a rear-wheel-drive design with a conventional gearbox: a seven-speed DSG-style unit with shift paddles. Craig had seen and liked the idea – of all places – in contemporary electric conversions of Mazda RX-8s (good car, problematic rotary engine). The layout would allow us to use a less powerful, less bulky engine to be mounted in the nose, with the gearbox mounted more or less conventionally, driving the rear wheels via a tailshaft. Most importantly, it would let the keen driver shift gears by paddle, or leave it to an automatic mode.

The batteries, mounted beneath the occupants either side of the tailshaft, would run to 500kg, giving the car a reasonable if none-too-petite kerb weight of 2200kg. According to Envisage’s calculations, we’d be looking at a car with a 150- mile range, a 125mph top speed and 0-60mph acceleration of around 7.0sec. These seemed decent targets, perhaps a bit light on range according to very latest fashion, but lighter and more agile because of it.

We argued over exterior details proposed on Mike’s and Aadil’s various sketches, alighting on lights from one, a bonnet and frontal treatment from another, wheel arches from a third, and adding a subtle but distinctive side-window sill detail – a descending line just behind the windscreen pillar – that I especially like from the original Capri. When you’re the client, you can make such selfish decisions.

JB’s interior we all liked from the first. It was modern-traditional with sportily styled seats and door cards reminiscent of the original, though heavily edited. A high console ran through the car. It used a much nicer steering wheel that the original, yet with overtones of the classic. The fascia was entirely screen based, as simple as the Capri always was, especially in concept.

Projects like this always make an important point about professional car designers: how sanguine they must learn to be about criticism. Critics, usually clients, can dismiss many hours of work (with implicit good ideas) in a few ham-fisted sentences. Holding back when it’s your deeply held creativity being trashed must take a great deal of restraint. Even our Capri project, whose aims were clear and which involved designers who’d worked with one another for several years, turned out to be an amalgam of ideas from different sources. Raw but not too raw. Capri, but without the pudding over-egged.

Our final proposal is shown here, and we are all delighted. Envisage deployed their well-practised expertise at car creation all over again and we think it’s very credible. The sad thing for anyone who fancies one is that coming up with a decent-looking design is only a fraction of the car production journey.

To make this machine, Ford would first have to establish there was a demand, then work out where and how it would be made, and whether a realistic price would earn profits. It would have to design the car in much more detail, then configure the manufacturing process, find the suppliers, and do more durability and compliance testing than any of us can imagine. It would be at least three years’ worth. Still, one thing you can say here and now for the AutocarEnvisage Capri CC: it looks like a damned good idea. 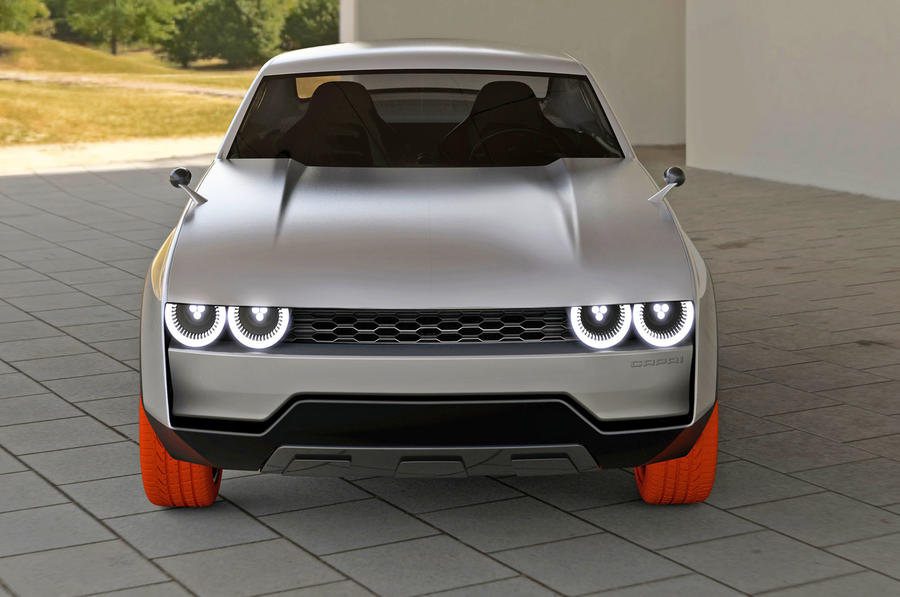 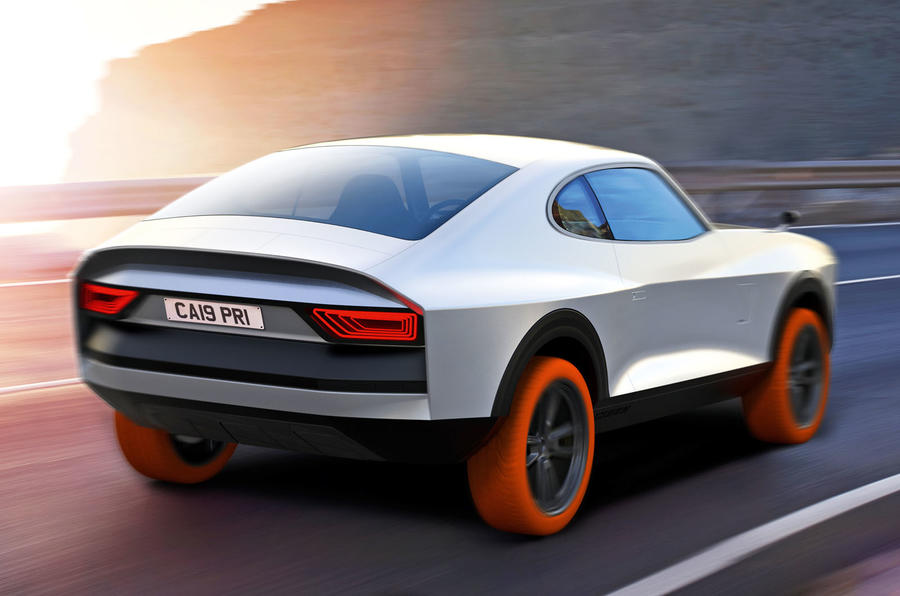