mercedesMercedes B-Class
Do we see an AMG model in there?

We've been watching the new Mercedes-Benz B-Class slowly lose it camouflage coverings over the last several months, and this video sighting provides our best look so far of Stuttgart's small people mover. These test cars were nestled on a transport trailer with a group of new A-Class hatchbacks, and with the standard swirl camo wrap replaced by body-color wrapping over still-secret areas, they almost hide in plain sight. Almost.

The unobstructed view of the side glass shows us the new B-Class retains much of its familiar look, though the rear window does kink up a bit at the rear. To our eyes it adds a bit more excitement to the shape while making the B-Class look not quite as tall. We can also clearly see the side sculpting from the current model is gone, which certainly gives the new B-Class a look quite similar to its A-Class sibling.

On the rear we can now easily see the trapezoid exhaust outlets, though they're almost certainly fake openings since we've seen them covered in previous spy photos. The tail lamps are still well-covered but we can see extensions reaching across the rear hatch. Close-ups of the front, however, are quite interesting because the black and white cars are sporting different wheels, brakes, and grilles. Could the white B-Class be an AMG model? The grille is pretty much a dead giveaway, not to mention the noticeably larger cross-drilled disc brakes on the white car. Perhaps those trapezoid exhaust outlets aren't fake after all.

One thing this video doesn't offer is a glimpse on the inside, and that's something we've only seen sporadically in other spy images. From what we know, the B-Class will pretty much carry A-Class innards. For that fact, we're expecting the powertrain to be standard A-Class as well, though we're really curious what that potential AMG version is packing.

Less camouflage almost always means a reveal is getting closer. We're still banking on early 2019, though an event later this year is certainly possible. 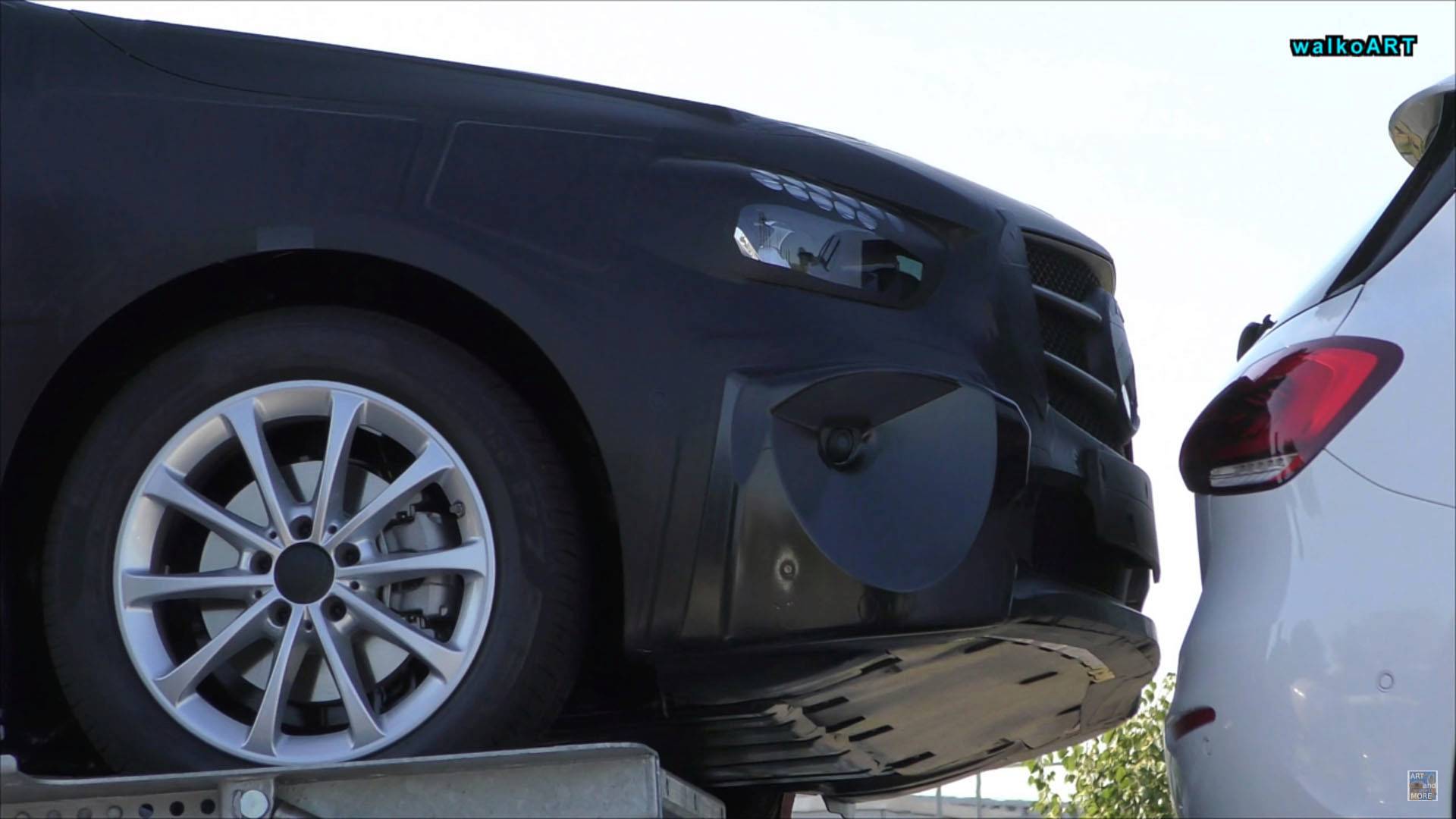 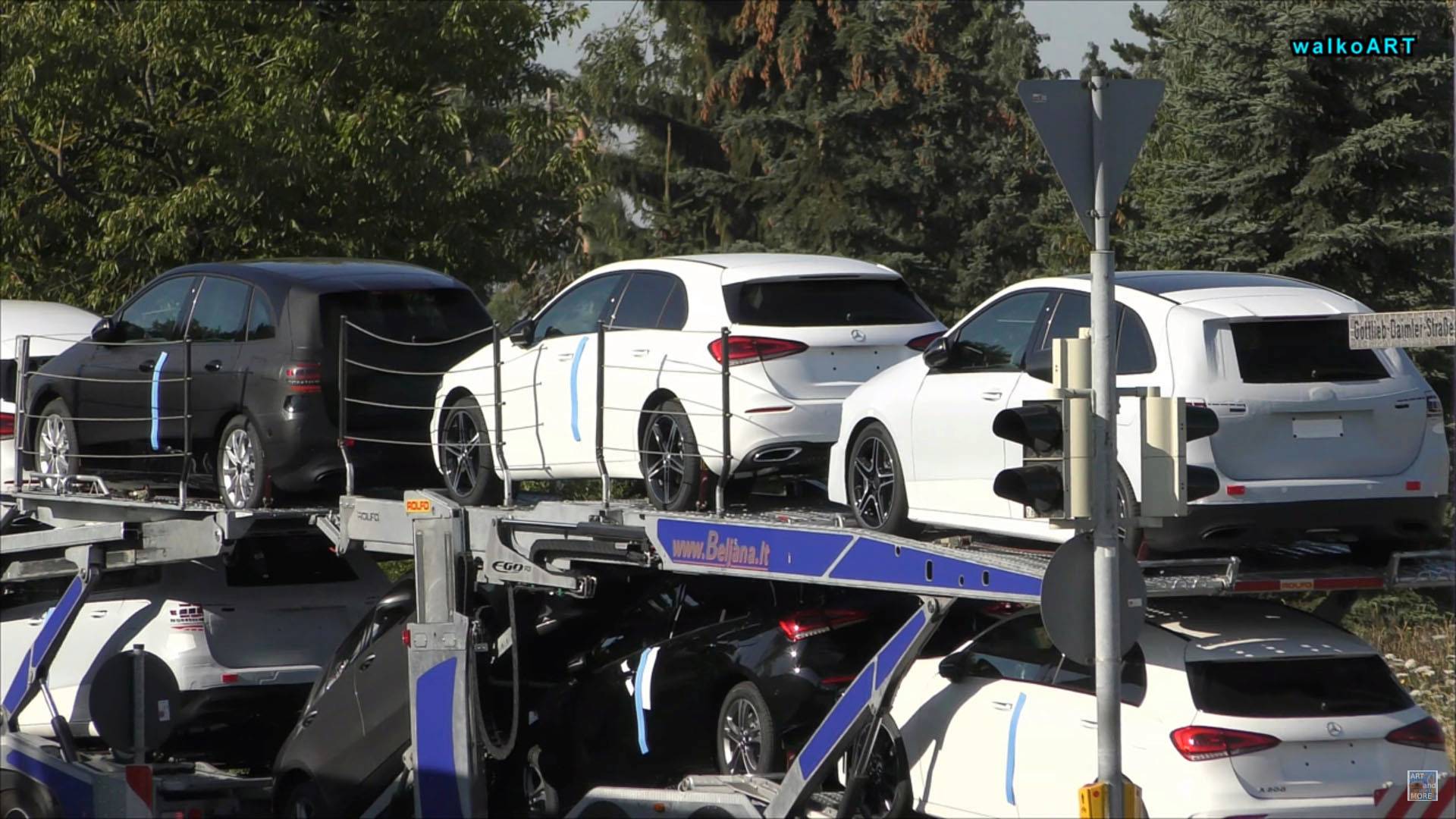 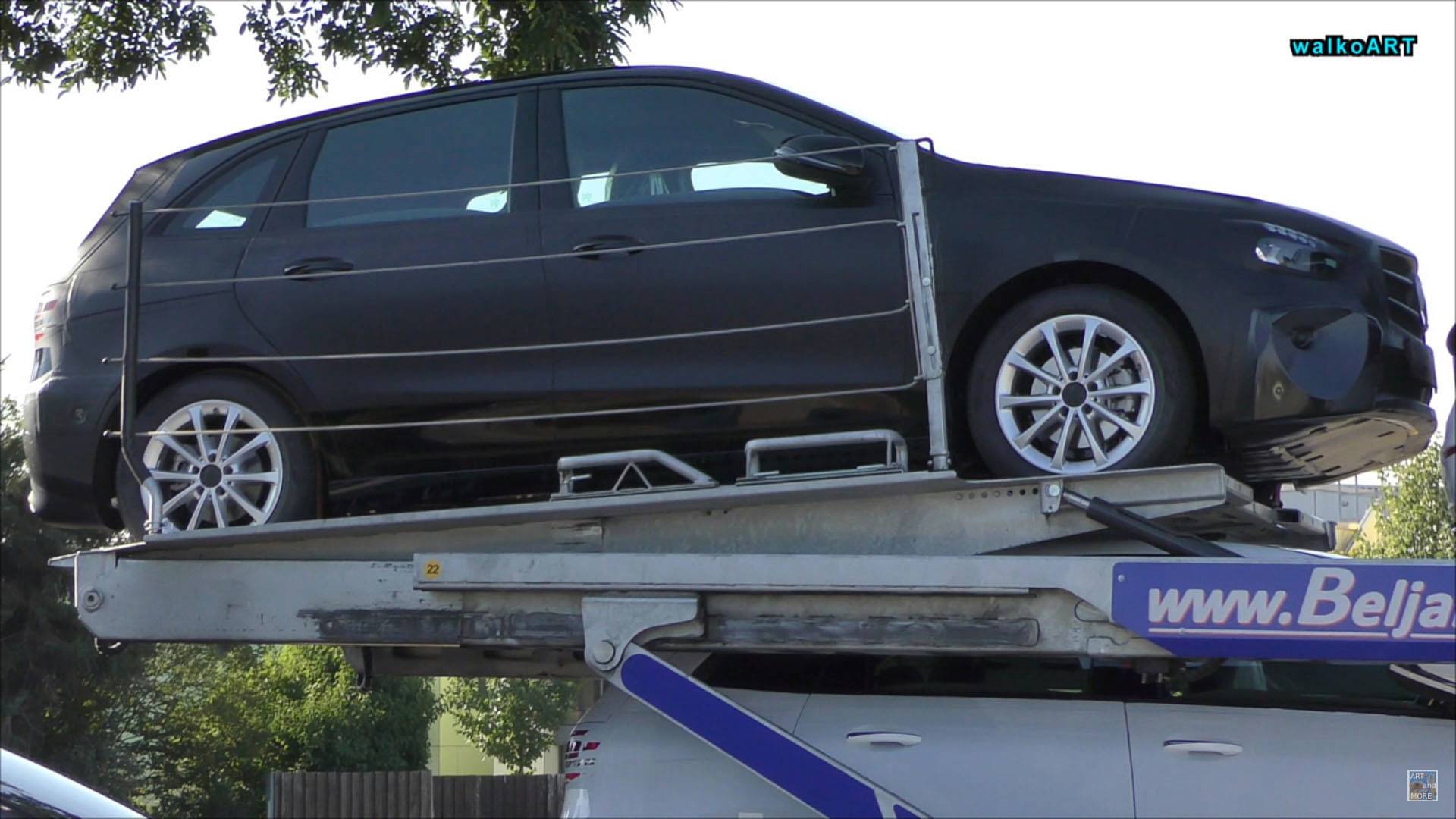 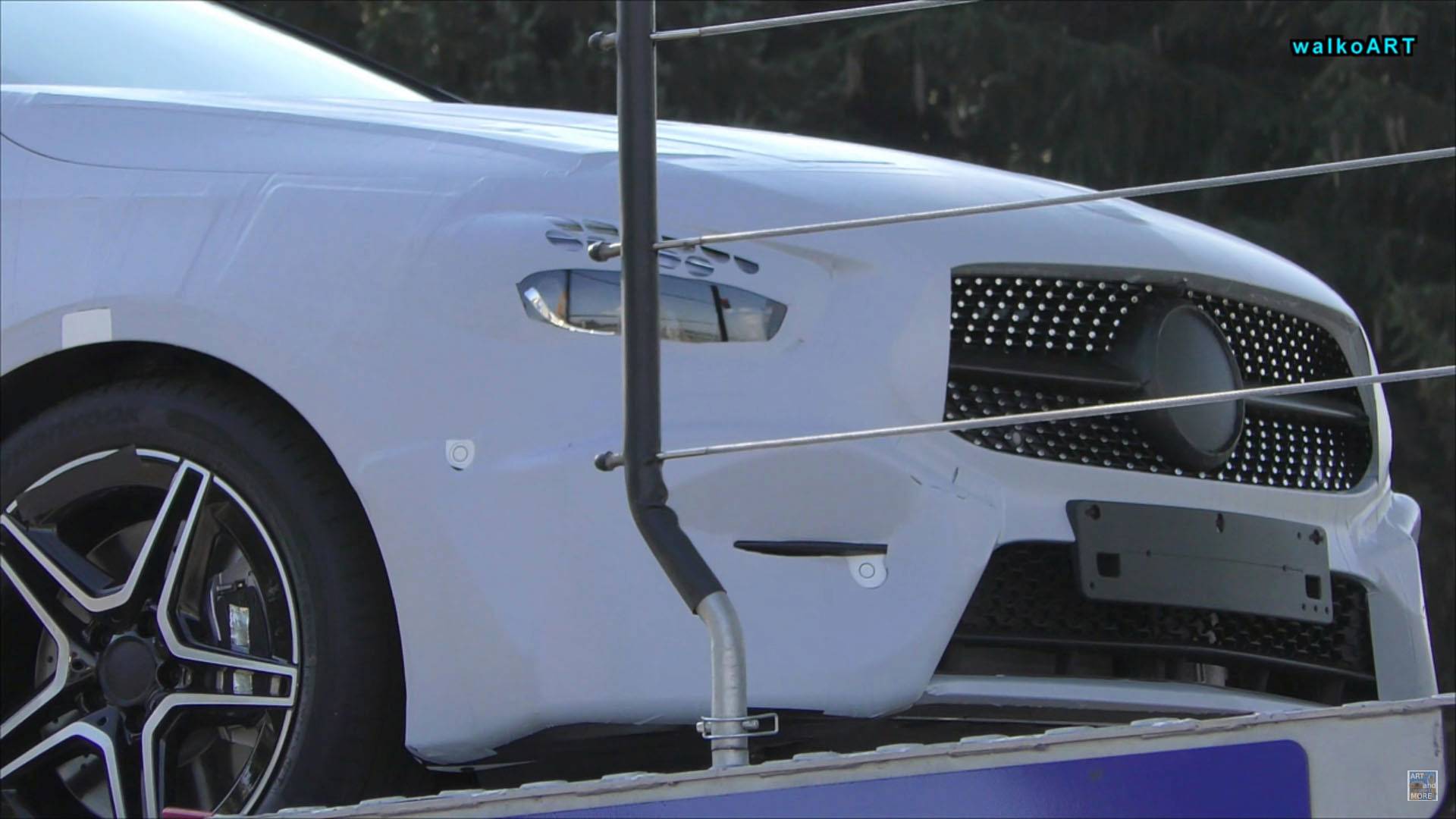