Shaddai Megayacht Concept Is Literally a Skyscraper on Water

Yacht
The sky’s the limit if your budget is limitless, and it’s for this type of yacht owner that the following concept was designed for.

Megayacht concepts often push the boundaries of yacht design, either through the use of disruptive shapes or the inclusion of luxury amenities no one had thought of including before. An auto gallery on your yacht for an entire car collection? It's been done before. Several infinity pools? Done. Aquariums and glass floors, submerged rooms for marine observation, full-on spas and massive private cinemas? Yesterday's news! How about a literal skyscraper on water?

Enter Shaddai, an actual skyscraper on water. The Shaddai megayacht concept is the brainchild of Italian yacht designer Gabriele Teruzzi, and while it was officially unveiled to grand fanfare back in 2016, to this day, it remains one of the most outrageous and bold concepts ever created.

Shaddai never left the page it was drawn on, and will probably never be turned into reality. It remains a study in what could be achieved in terms of revolutionary yacht design, with the right amount of money.

Shaddai is a 150-meter (492-foot) megayacht that stands out for the towering structure on which the owner's cabins is situated. Any respectable megayacht will have the owner's suite on a private deck, but this concept takes the whole idea into the stratosphere, thanks to a private deck suspended at 38 meters (124 feet) above the waterline.

Teruzzi says the idea came to him following a rise in popularity for infinity pools on yachts, but he also drew for inspiration on skyscrapers and Italian haute-couture. The owner of Shaddai would be one who aspired to omnipotence and, as such, he would be completely isolated from the mortal folks he would deign to call guests.

"SHADDAI means Omnipotent, so the yacht takes a name that corresponds perfectly to the main concept that the designer had in mind since the beginning," the official description of the concept reads. "To ascend from the ground has been a desire in the human kind since the very beginnings. There are precious examples like the Tower of Babel, the Pyramids in Egypt and today in the magnificent skyscrapers, the wish to touch the clouds continue to be present in the most powerful minds. The futuristic shape of the yacht is inspired by the most contemporary architectures."

"The owner's cabin is a perfect place to watch the sunset from a unique place designed for him," it is further said. "From there he can reach the feeling of a higher power, surrounded by the immensity of the sea and the sky, reaching the clouds where everything reflects his place in the world: at the top. Furthermore the infinity pool produces a visual effect of water with no boundary, merging with the sky. In this way the owner will have the sensation to be in the heaven."

Not only would the owner of Shaddai get his own, literal ivory tower, but also an infinity pool and a massive terrace, a private cinema, dining area and bar, and private office / lounge, in addition to the basic (bedroom, bathrooms, closet, etc.). The surrounding views from this vantage point would be breathtaking and, no doubt, worthy of such an omnipotence-aspiring billionaire.

With the owner high in heaven, guests would have to settle with Earth: the main deck. On the aft deck would be a second infinity pool with a waterfall, and the pool would serve as ceiling to an expansive beach club underneath. Imagined as the most luxurious and exclusive beach club, this would be a space "that talks to your senses."

Another conversation starter for your senses (to stick to the original phrasing, because it's so much fun) is the aquarium that divides the main deck in half. Obviously, cruising the seas on a megayacht is not good enough when you're this rich.

Fold-out balconies would further expand the available space of the beach club, which the designer imagines at 300 square meters (3,229 square feet) – half of what the owner would get on his suspended terrace in the clouds.

Teruzzi never went beyond the outrageous design of the Shaddai in the development of the project, so there's no word on the propulsion system, estimated speed or range. He also never said how he planned to build this skyscraper (even hypothetically) so it wouldn't topple over in rough waters. Or, for that matter, if actual angels were included with the residence in the sky. 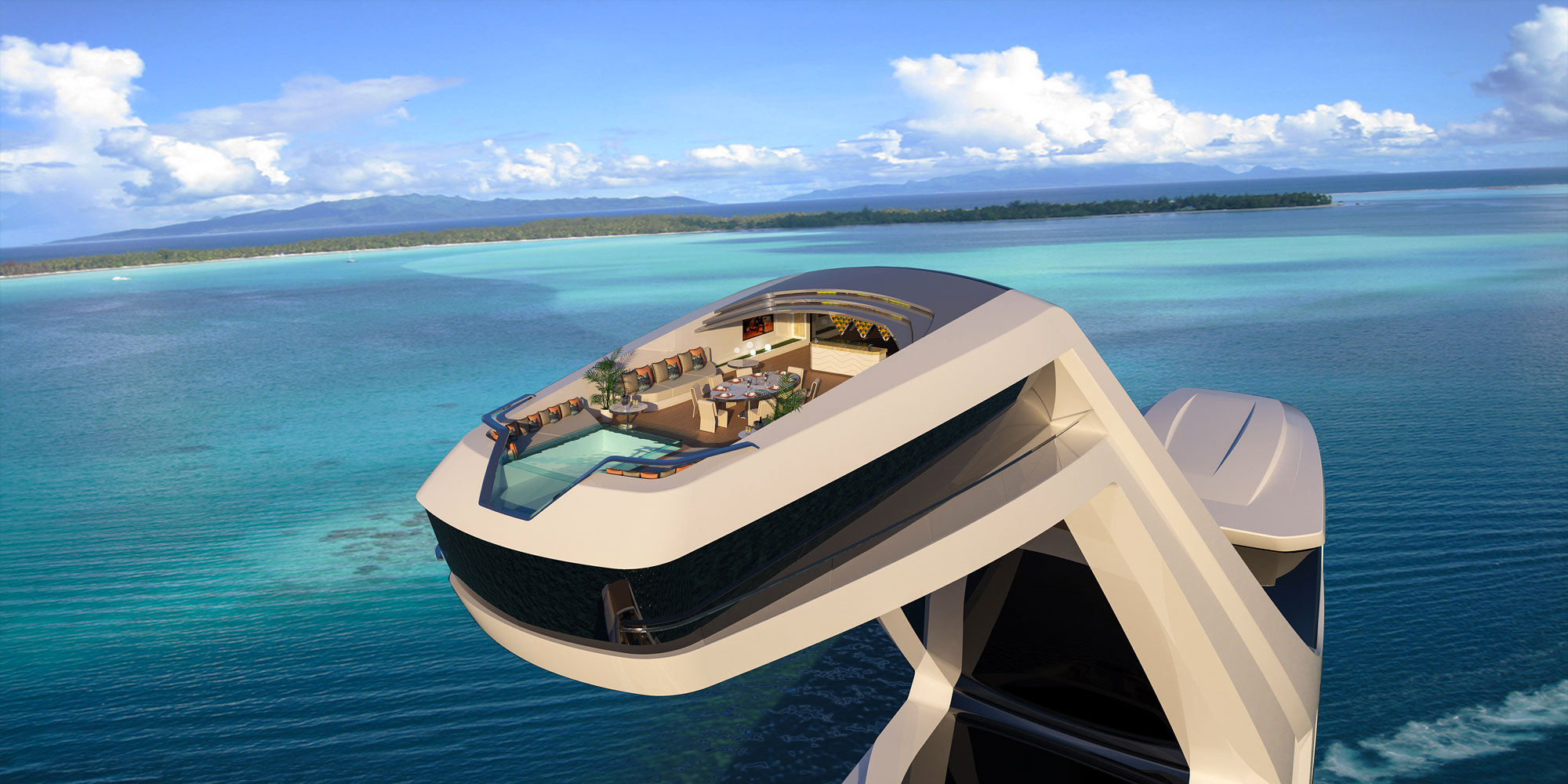 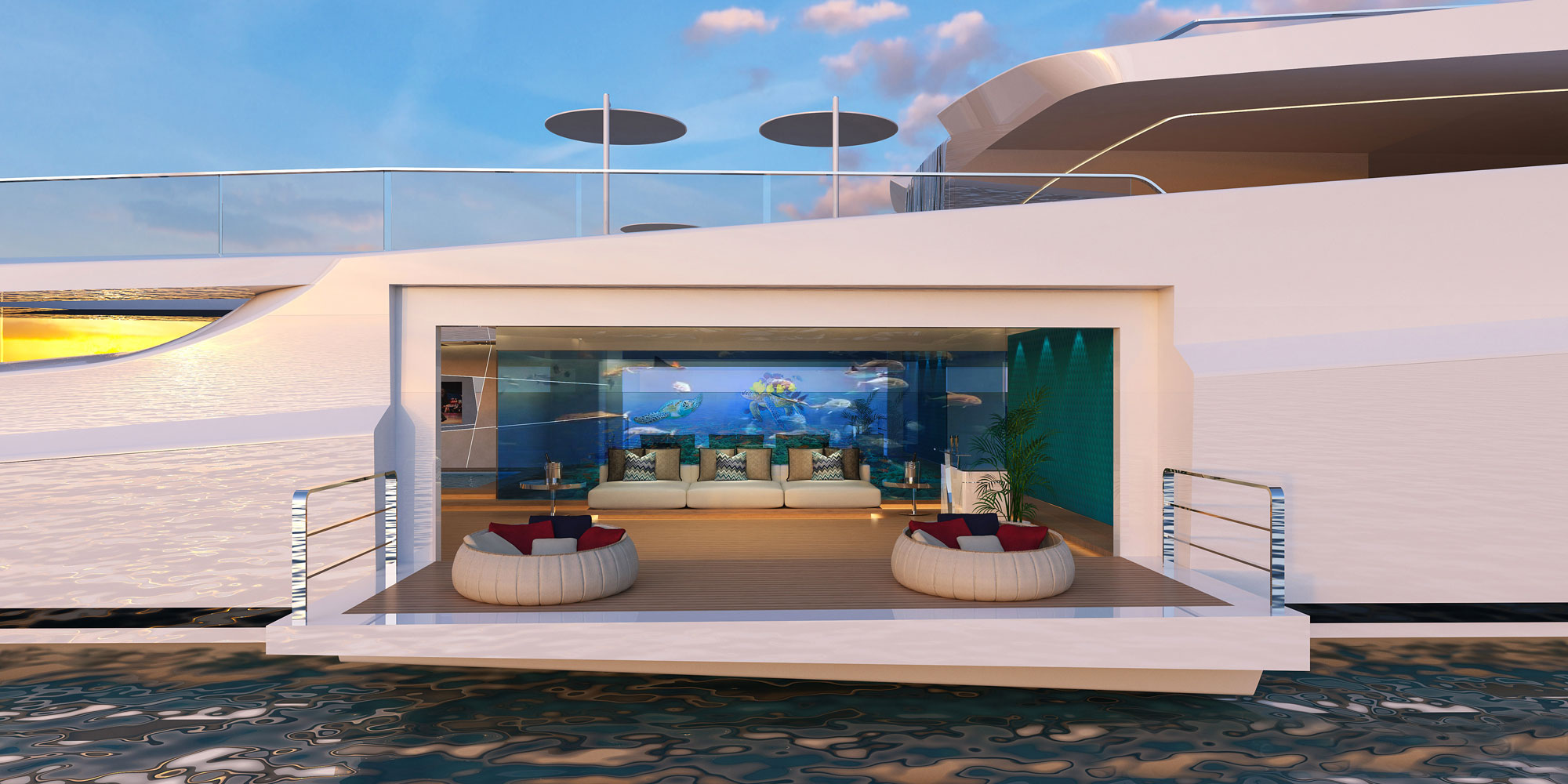 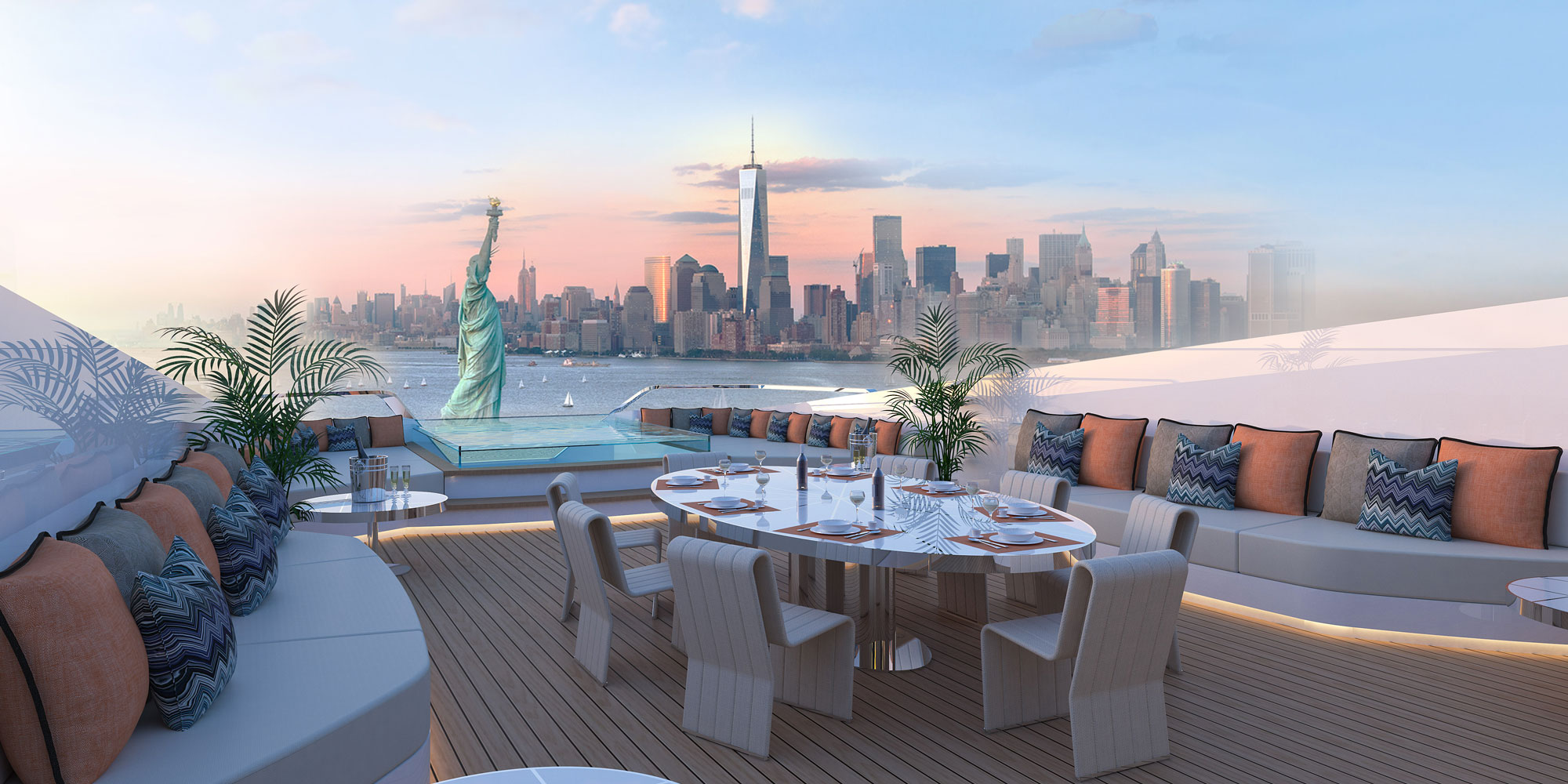 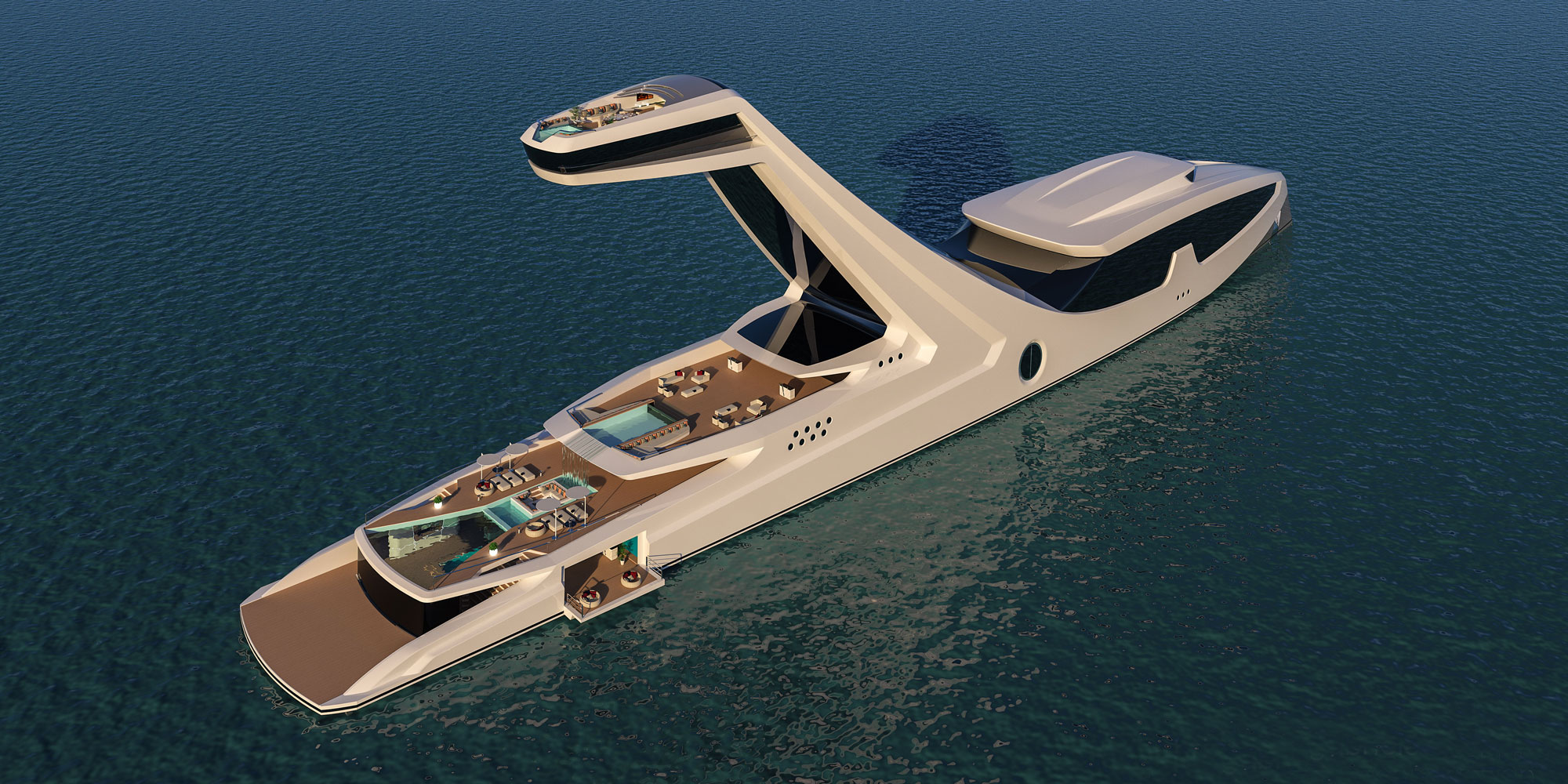