VW Group-owned commercial vehicle manufacturer Man Truck & Bus has revealed a van that can be equipped with tank-style caterpillar drive units in place of wheels, significantly enhancing its off-road credentials.

The TGE 3.180 4x4 Combi van is designed to ride on conventional tyres while on the road, but when faced with more severe terrain, such as “snow-covered slopes or muddy meadows”, can be fitted with caterpillar tracks in less than one hour - with no specialist help.

The conversion, said Man Truck & Bus, is carried out “like a wheel change”. The only modification necessary to the van’s wheel hubs is fitment of a dedicated adapter plate, which is fixed to the original wheel bolts and establishes the connection to the axles.

The tracks are made by track conversion kit manufacturer TrackSystems, and add around 300kg to the weight of the van.

Man Truck & Bus said the TGE 3.180 is “ideal” for ski resorts, where it could be used to transport guests between hotels and ski lifts, for example, and to reach difficult to access alpine pastures.

Including the driver’s seat, a total of eight seats are offered. Using the caterpillar drive, the van can be driven at speeds of up to 31mph, with no modifications needed for its standard eight-speed automatic gearbox, which will not exceed third gear when the tracks are in use.

Other features that make the TGE 3.180 especially suited to tackling difficult terrain include a Seikel chassis, raised by around 3 cm. While the converted van is able to drive on snow, the tracks must be removed when the TGE returns to the road, to avoid damage.

The TGE 3.180 remains a concept for now, but Man is likely to offer the conversion kit as an option for the van in future. 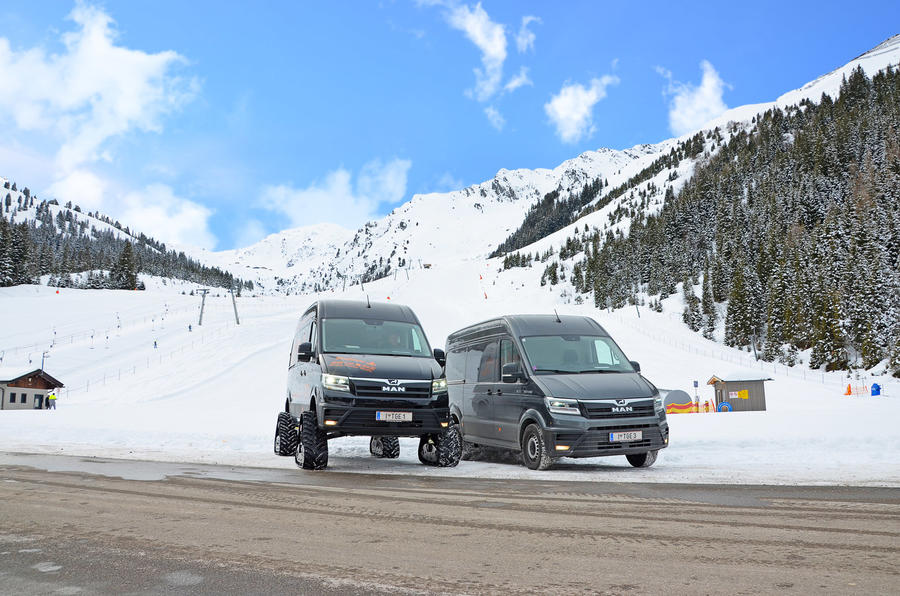 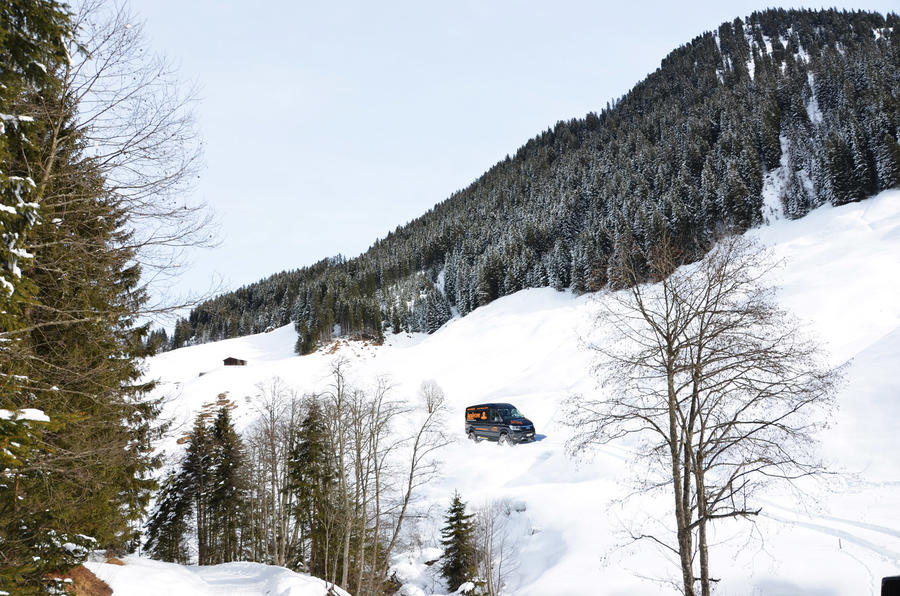 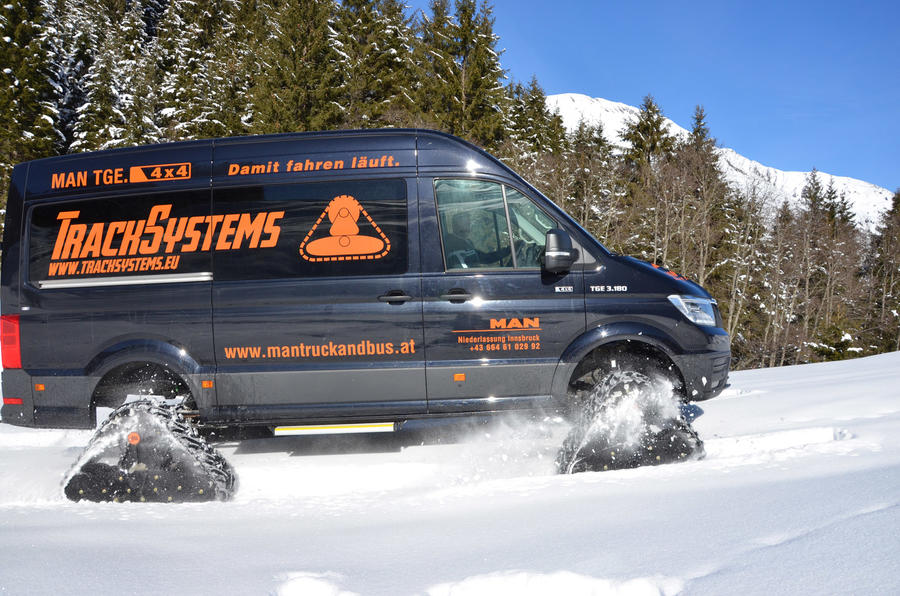