audiAudi RS Q E-tron E2
It wears a new body that lowers both weight and the vehicle's center of gravity.

Audi fused electrification and off-road performance rather well with its RS Q e-tron. The dedicated racing vehicle was built to handle the grueling environments of off-road endurance competition, and actually, it won in its very first outing in March 2022 at the Abu Dhabi Desert Challenge. Audi has taken that experience and evolved the EV into the menacing off-roader seen here, known simply as the RS Q e-tron E2.

At a glance, one might not realize the full scope of what's changed. The gray exterior with orange trim and the massive roof scoop immediately catch the eye as features of the original, but in fact, the E2 uses a completely new body. Audi's design boss for the RS Q e-tron Axel Löffler says there isn't a single part from the original body that's reused.

The E2 nixes much of the front and rear fenders, opting instead for an open-wheel design with large extensions that help shield the cockpit from debris. Speaking of which, the cockpit area is a bit wider, with the body tapering in at both the front and back, not unlike a boat.

The result is a body that shaved weight compared to its predecessor, all while providing a better aerodynamic profile. The center of gravity is also lower, and while the changes don't add to the RS Q e-tron's top speed (it's electronically limited to 106 mph per regulations), it does reduce drag by 15 percent. That means less energy is required to go further, and that's always a good thing when it comes to EVs.

Under the skin, the e-tron E2 still uses a combustion engine as a range-extender with two electric motors sending power to the front and rear axles. To conserve even more energy, Audi optimized some of the onboard systems to use less power. The driver and co-driver also have an updated set of digital screens that organizes vital information and vehicle functions into four modes of operation. These modes are easily accessed through a rotary switch, and they include everything from activating speed limiters and turn signals to diagnosing problems.

The first outing for the RS Q e-tron E2 will come in October at the Rally of Morocco. Provided all goes according to plan, Audi will send the E2 to Dakar for 2023. 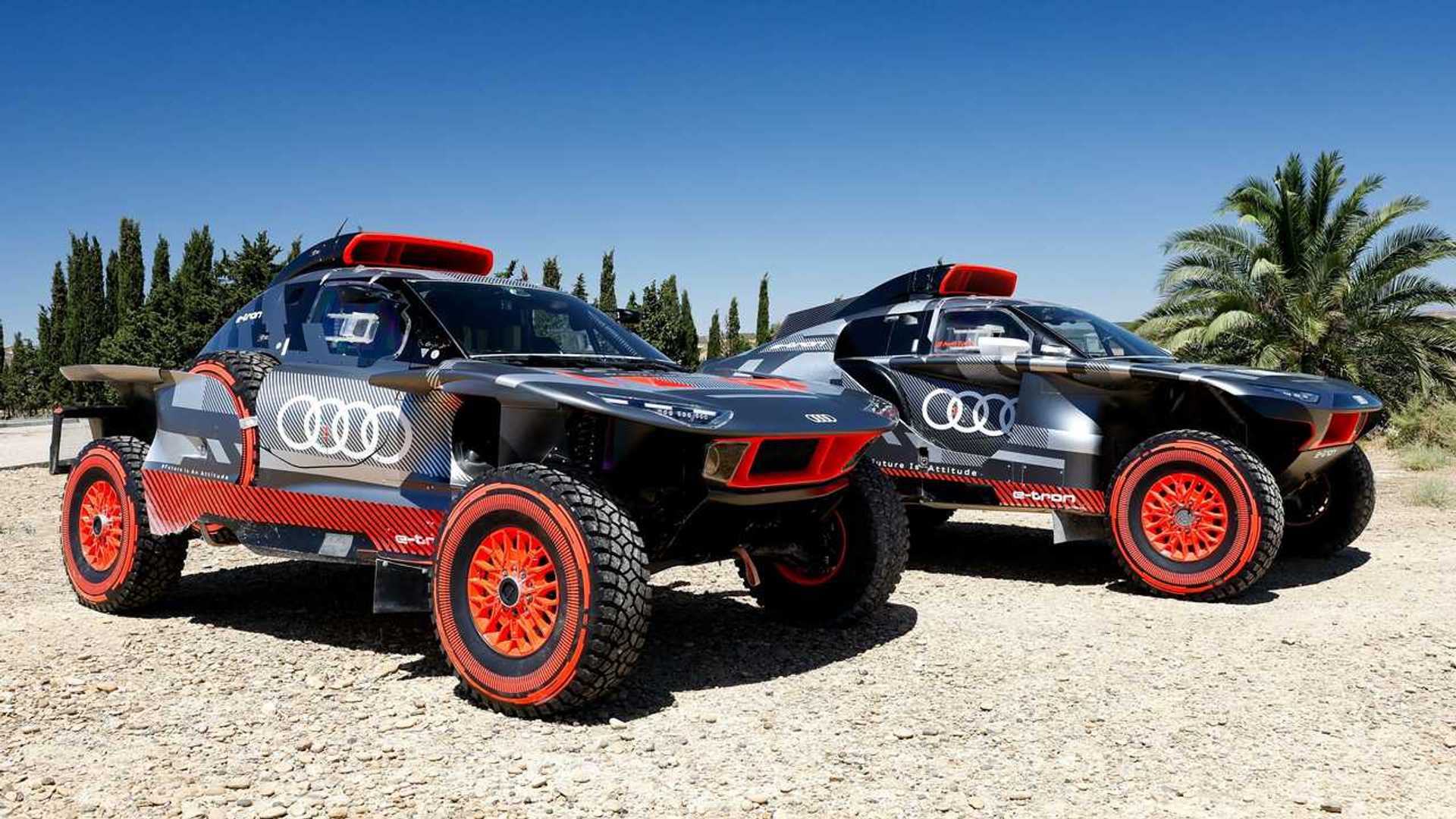 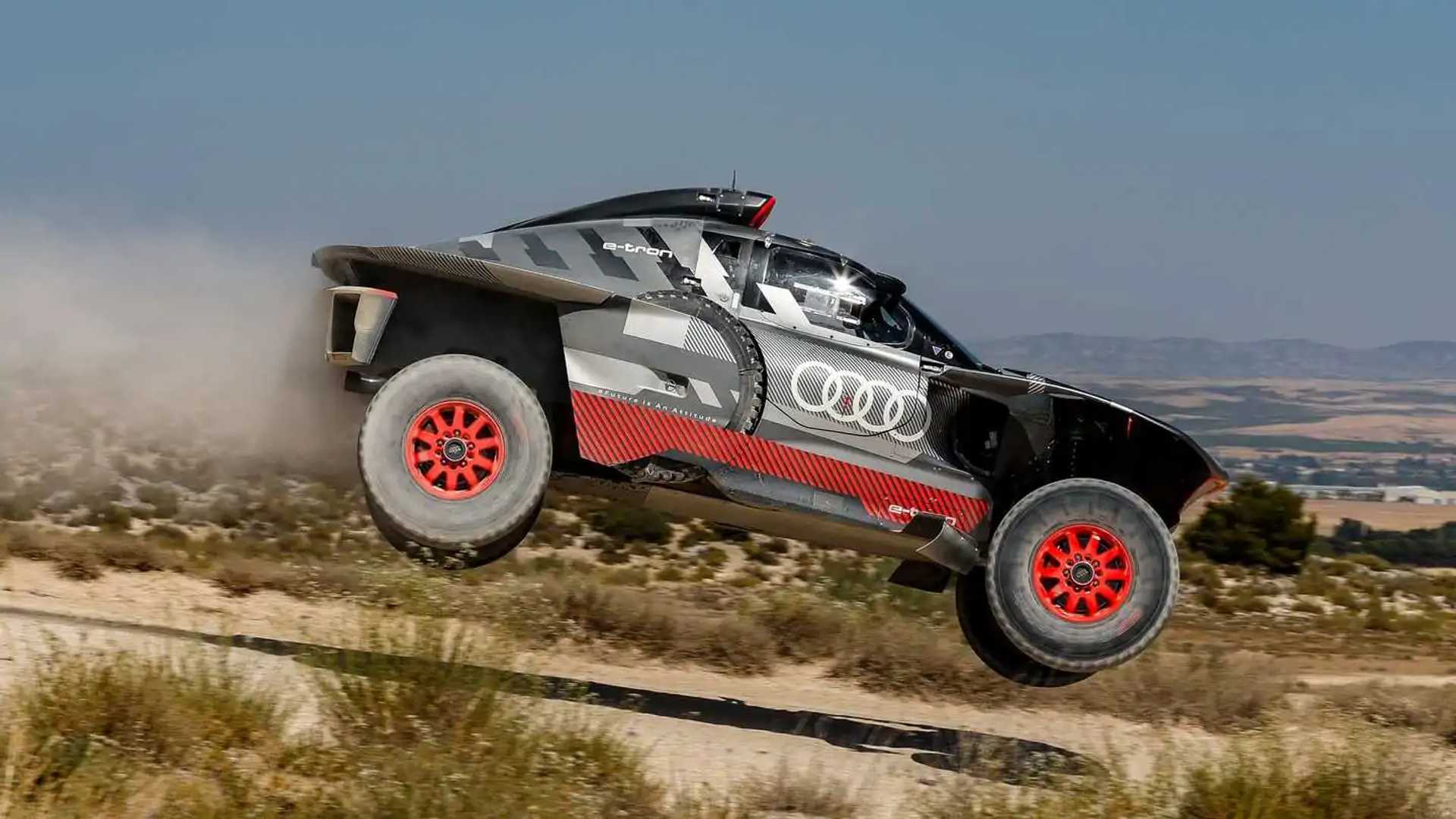 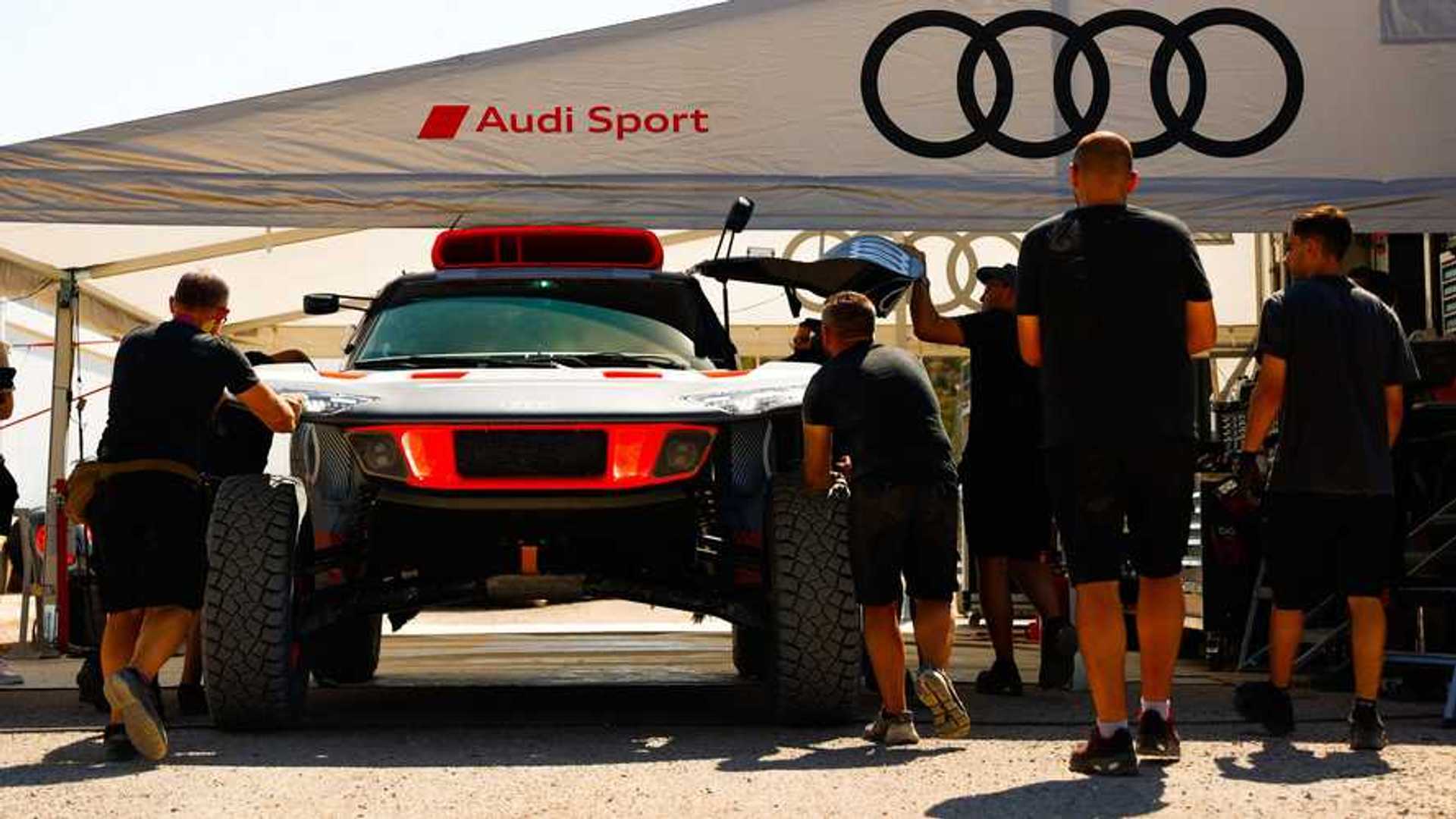