Aston Martin DB11 Successor Spied For The First Time, Could Be DB12

There's no mistaking this sleek coupe for anything other than an Aston Martin. Even with a word-laden camouflage wrap, the timeless lines of the DB11 are easy to see. But why would Aston Martin have a DB11 – a vehicle that debuted in 2016 – wrapped in camo and adorned with prototype vehicle stickers in 2023? Because we think it's actually a next-generation DB12.

Our spy photographers based in Europe snapped several images of this very dirty test car at a fuel station. We wouldn't blame you one bit if you called this a DB11, because details on the rear fascia, side sills, and fender trim look identical to the current model. That could be on purpose, using DB11 bolt-on panels to evaluate changes under the skin. But we do see clear differences at the front, notably with a larger grille and smaller headlights that could be influenced by the Valhalla.

Unfortunately, a clear view of the interior isn't available. However, zoom in on a front view and you'll see heavy covers piled up on the dash. Even if this was some kind of DB11 evolution, it's doubtful Aston Martin would make enough changes inside to warrant such secrecy.

With this being our first sighting, considerable mystery still surrounds the car. It wears a hood similar to the current V12-powered DB11, and our spy sources believe the twin-turbocharged 5.2-liter 12-pot will carry over into the next generation. In early 2022, Aston Martin's former CEO Tobias Moers said electrification was the future but that the V12 would remain in the lineup for at least a little while longer. Whether this car is a standalone fuel burner or a hybrid machine is unclear, and a V8 engine is certainly a possibility versus the 12. But the takeaway is the next-gen DB will still offer internal combustion.

This prototype sighting is a timely one, as it comes just as Aston Martin announces its plan to reveal new vehicles this year as part of the company's 110th anniversary. Among them are an unknown limited-edition model and the first example of Aston Martin's next-gen offering. As such, it's possible we could see the camo removed later this year. Depending on the timing, the DB12 could be either a 2024 or 2025 model-year machine. 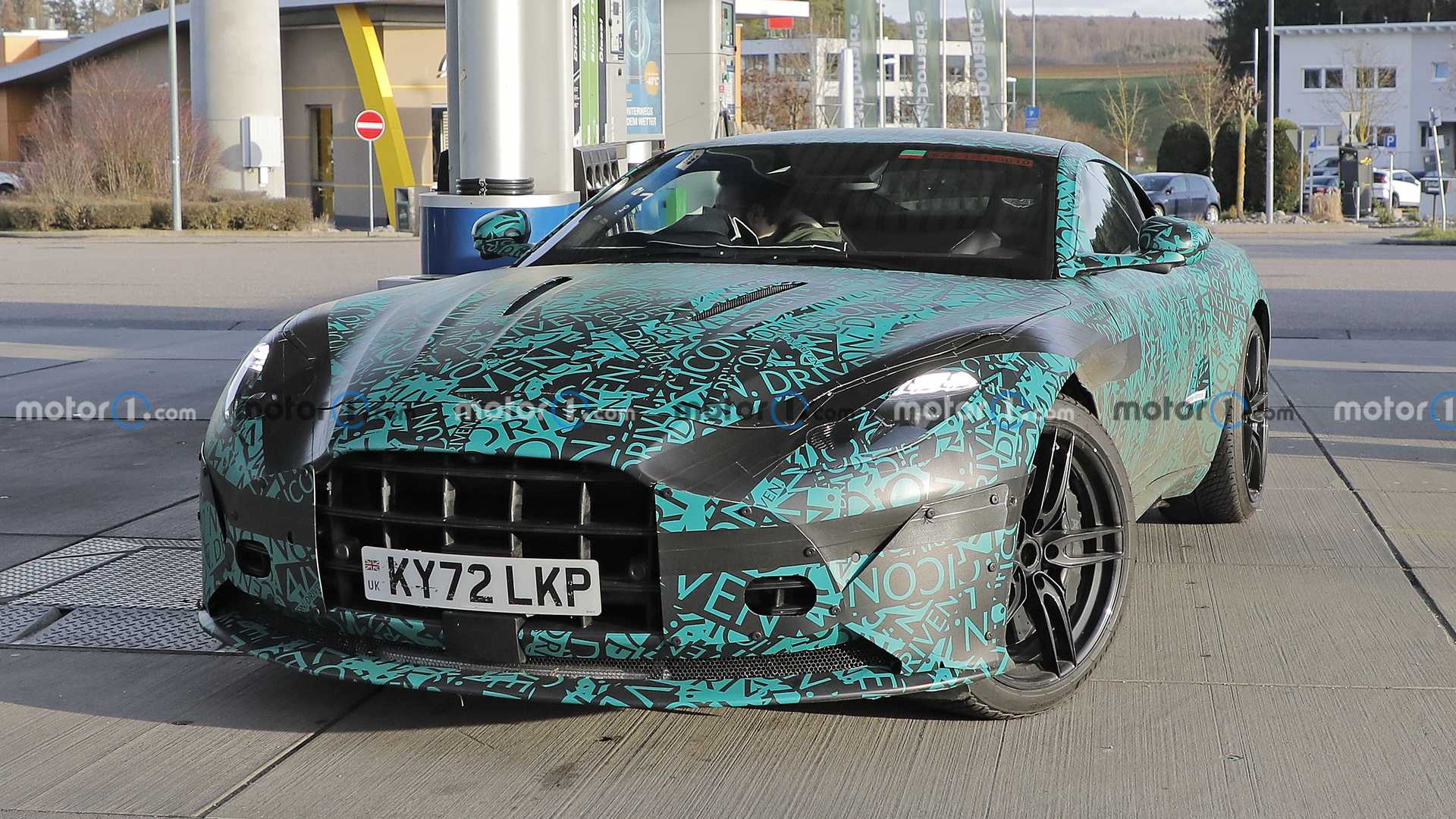 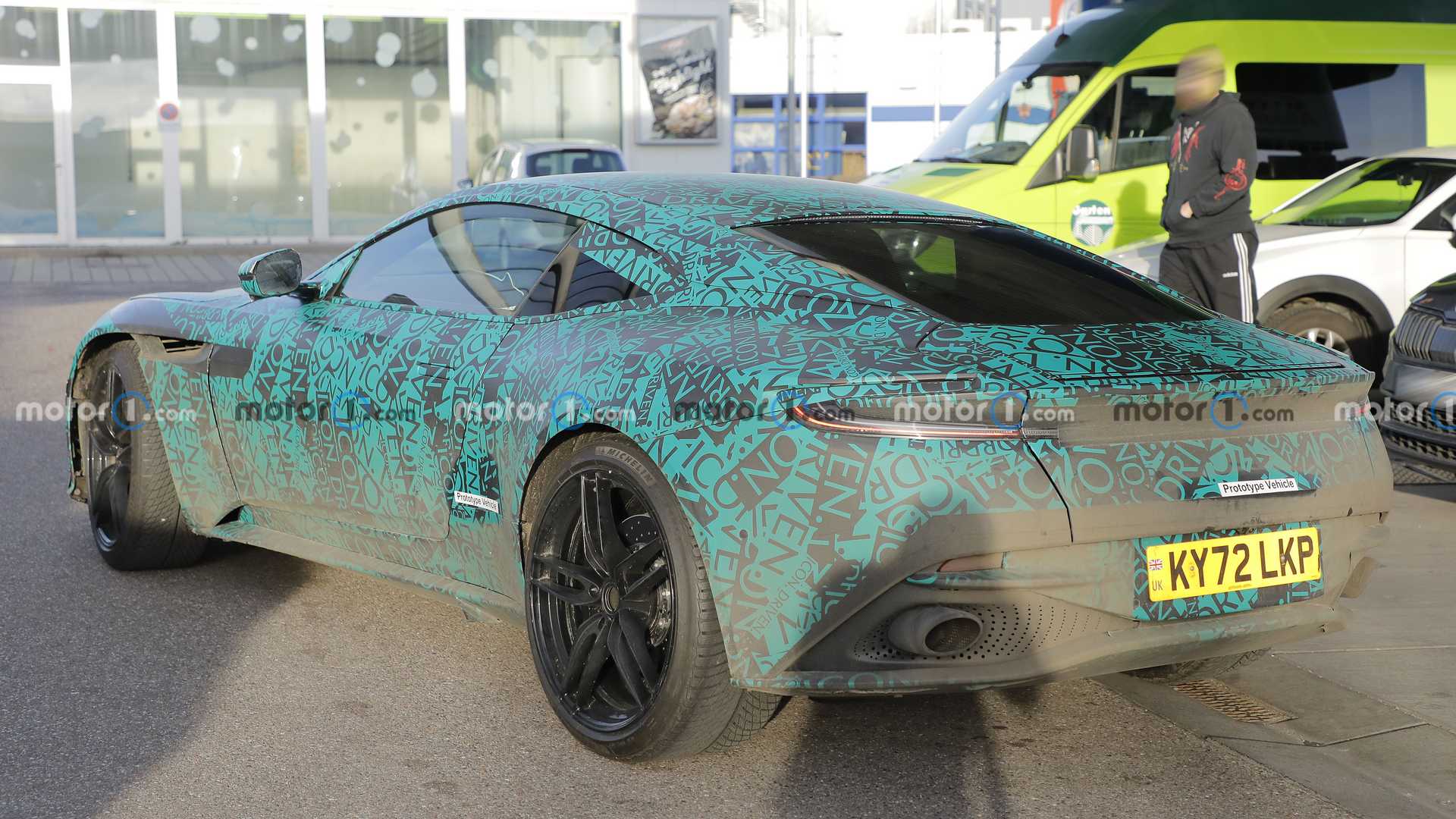